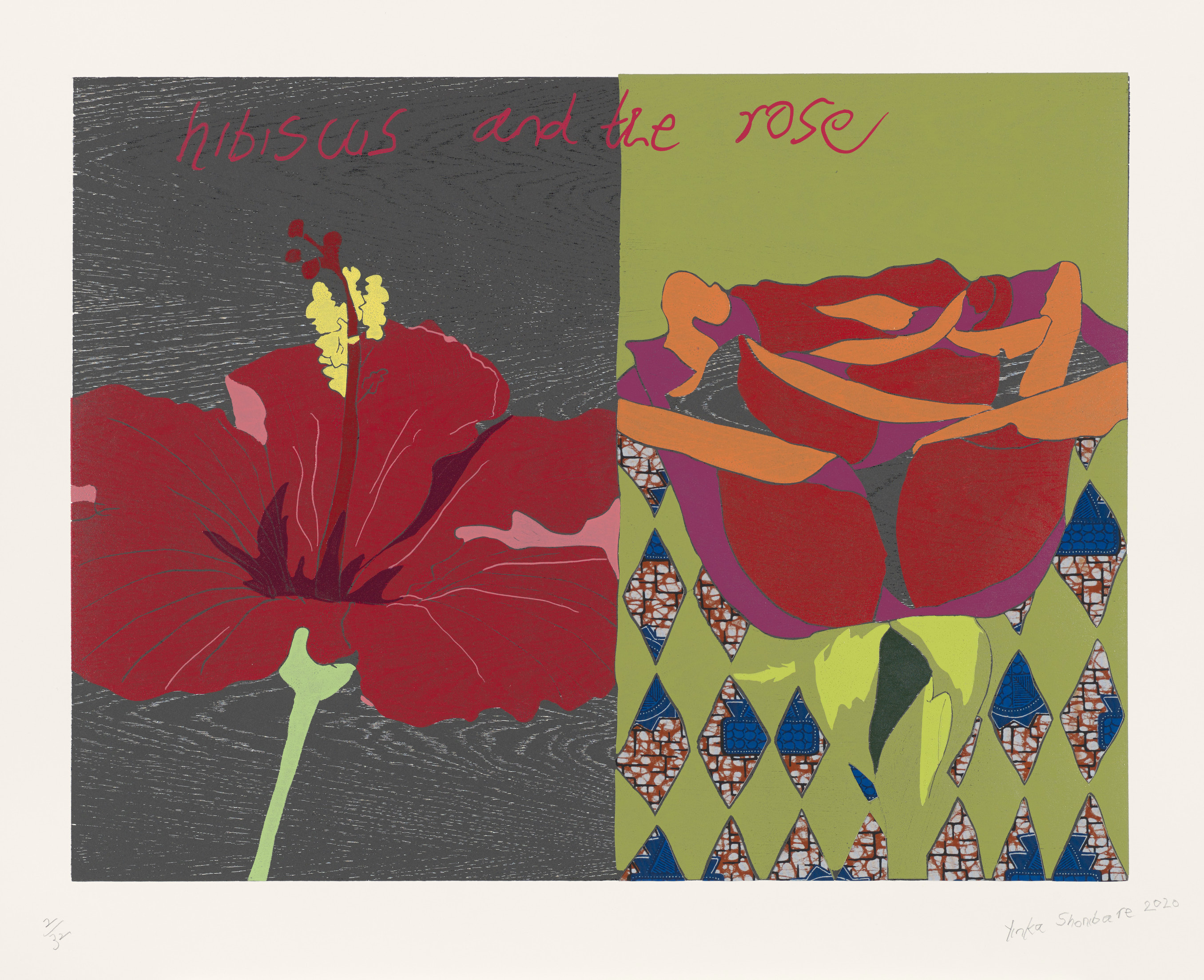 The British/Nigerian artist Yinka Shonibare has been commissioned by the Government Art Collection (GAC) fund to create an image for embassies around the world.

The result was unveiled in London today. Hibiscus and the Rose, a woodcut, was inspired by Shonibare’s by his childhood in Nigeria where he pluck pollen from the hibiscus flowers to eat, and his home now in London where his garden is full of roses.

The award is the third in an annual Robson Orr TenTen Award, presented with Outset Contemporary Art and funded by the philanthropists Sybil Robson Orr and Matthew Orr to add contemporary art to the GAC. The first two winners were Hurvin Anderson and Tacita Dean.

Founded more than 120 years ago the GAC is a national collection of historic, modern and British art that is displayed in government buildings around the world. Fifteen prints will be made from Shonibare’s original woodblock, and 11 more will be available for sale with the proceeds going to the GAC’s purchase fund.

“Hibiscus and the Rose is an expression of cultural exchange between Britain and the rest of the world” Shonibare said. “The hibiscus is a genus of numerous species of herbs, shrubs, and trees in the mallow family (Malvaceae) widely found in many of the warmer temperate Commonwealth countries. The rose is the national flower of England and has a long tradition within English symbolism. An exploration of Britain's colonial past and its current relationship with its former colonies is symbolised through the Hibiscus and the Rose.” 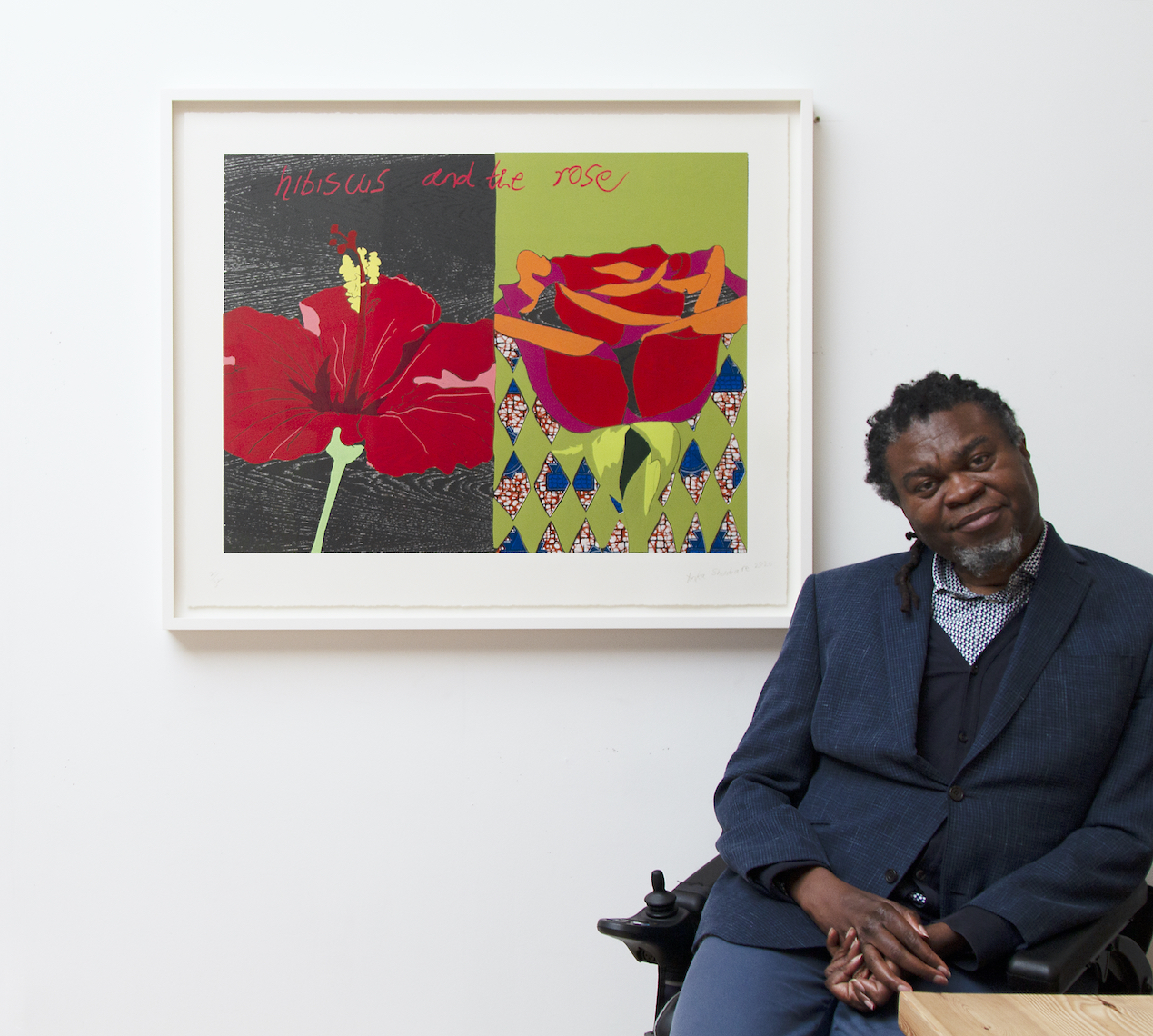