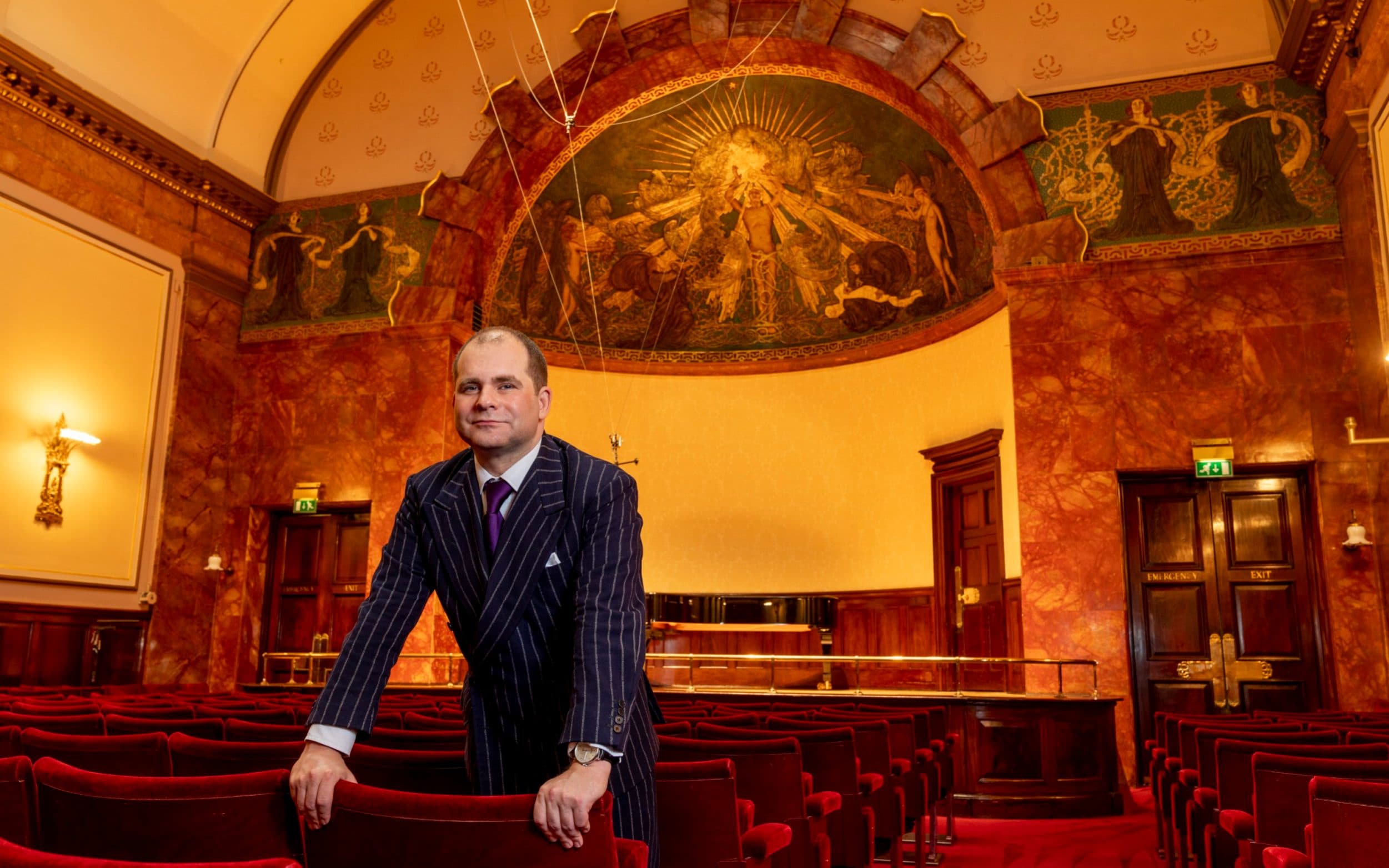 £250m to save arts venues in first handout

The government has announced grants worth £257m from its £1.57bn Cultural Rescue Fund to save theatres, arts venues, museums and cultural organisations across England that have been brought close to ruin by the Covid lockdown.

More than 1,300 organisations that bid for under £1m each are in the first tranche of grants for arts venues.

Following grants to heritage sites made last week, this is the largest slice of rescue funding from the scheme so far with £360m awarded and more announcement to be made in the next days and weeks..

“Theatres, museums, galleries, dance companies and music venues bring joy to people and life to our cities, towns and villages” said Arts Council chair Nicholas Serota. “This is a difficult time for us all, but this first round of funding from the Culture Recovery Fund will help sustain hundreds of cultural spaces and organisations that are loved and admired by local communities and international audiences. Further funding will be announced later in the month and we are working hard to support creative organisations and individuals during these challenging times.”

John Gilhooly (pictured), director of the Wigmore Hall, which gets the largest grant among today’s beneficiaries, said: “We are working very hard to bring artists and audiences back to Wigmore Hall and this government injection of funds is a great first step for our national cultural life, so much part of our national identity.

However, this crisis could go on and for the arts. There is no end yet in sight and further help will be needed right through the UK, and especially for freelance musicians and artists who have lost so much.”

Organisations that will be receiving funding now include:

Finborough Theatre, London - £59,574 will secure the iconic location of this multi-award winning theatre and maintain in-house skills to be able to reopen successfully and sustainably in the future.

The Finborough, founded in 1980 above a pub in Earl’s Court, has launched the careers of international stars like Rachel Weisz and maintains a track record of discovering practitioners who go on to become leading voices in British theatre including Jack Thorne, who co-wrote Harry Potter and the Cursed Child, and James Graham whose plays, including This House, Ink and Labour of Love, enjoyed hugely successful runs in the West End and Broadway.

Hallé Concerts Society, Manchester - £740,000 will support the organisation to live stream fortnightly concerts from the Bridgewater Hall in Manchester.
The Hallé, established 142 years ago, has the world-renowned Sir Mark Elder as its Music Director. Over a quarter of a million people heard the Hallé live last season. It’s education programme reaches tens of thousands of people and it strives to create a wider enjoyment and understanding of music throughout the community.

Royal Liverpool Philharmonic - £748,000 will enable the orchestra to provide a short, socially distanced programme, all of which will be recorded to stream at a later date.

It is the oldest continuing professional symphony orchestra in the country with its origins dating to 1840. The Royal Liverpool Philharmonic was the first orchestra to create its own recording label and has collaborated with international artists such as Sir Paul McCartney, Elvis Costello and OMD.

The LSO has established an international reputation as one of the top orchestras in the world and through its extensive touring the LSO plays a key role in promoting Britain as a leading exponent of artistic excellence.

Wigmore Hall, London - £1 million to sustain the future of this international centre for chamber music and song.

Every year, Wigmore Hall presents a diverse programme of some 500 years of repertoire, performed by the finest international artists, whilst also providing cultural opportunities for those least likely to experience high-quality live music.

Cavern Club, Liverpool - £525,000 will fund the recording of local musicians’ live performances which will be streamed digitally to provide opportunities for local artists and technicians.

The Cavern Club, one of Liverpool’s top tourist attractions, is the place where The Beatles musical identity was formed and now a thriving live music destination showcasing up and coming bands and established artists.

Exeter Northcott Theatre, Exeter - £183,399 - to help them develop a new business model to sustain the business. This flagship theatre is a key part of the local cultural offer serving the communities of mid-Devon.

Exeter Northcott Theatre first opened its doors in November 1967 and has helped launch the careers of celebrated actors including Imelda Staunton, Celia Imrie, Robert Lindsay, John Nettles, Geraldine James and David Suchet, and seen world premieres from playwrights such as Anthony Mingella and Howard Barker.
Beamish Living Museum of the North - Co Durham £970,000 to support the business through the winter and restart a capital project. The Beamish preserves examples of everyday life in urban and rural North East England at the climax of industrialisation in the early 20th century.

Beamish has been seen on screen in many shows including Downton Abbey and Dark Angel. Perennial children’s favourite Blue Peter has visited several times and it’s also been seen in Fred Dibnah’s Victorian Heroes, Ant & Dec’s A History of Tyneside and the Antiques Roadshow.

Royal Academy of Dance (RAD), London - £606,366 to stabilise and recommence its activities.

RAD is one of the world’s most influential dance education organisations and is of both national and international cultural significance. The Margot Fonteyn International Ballet Competition is one of the most prestigious competitions in the world and attracts young dancers from around the globe. RAD also has a vital impact on communities, providing cultural opportunities wherever they operate.

Yorkshire Sculpture Park, Wakefield £804,013 to help the park to adapt its buildings to new regulations and help it continue to reopen safely.

Yorkshire Sculpture Park shows work by British and international artists including Henry Moore and Barbara Hepworth. Its collection of the works by Moore is one of the largest open-air displays of his bronzes in Europe.

Hackney Empire, London - £585,064 to help support a new model of responsive programming and address increased costs driven by the pandemic.

This iconic theatre plays a key role in the cultural, civic and economic life of its community.

Theatre by the Lake, Keswick, Lake District - £878,492 to support the theatre - one of the biggest employers in the area - to help cover losses as a result of coronavirus. Set on the edge of Keswick, amid the magnificent western fells of the Lake District, it has two stages - a 400 seat Main House and 100 seat Studio.

Theatre by the Lake opened on the shores of Derwentwater in August 1999 as a permanent replacement for the Blue Box, an extraordinary mobile theatre created after the Second World War to take plays to towns and cities with no active theatres. Dame Judi Dench is its patron.

Carlos Acosta CBE, who has danced with the Royal Ballet and the National Ballet of Cuba, was appointed as Director in January.

Bristol Old Vic Theatre - £610,466 to help transform its business model including a mix of live and online performances as well as support for its creative workforce.

The oldest continuous working theatre in the English language, Olivia Colman, Kwame Kwei Armah and Daniel Day Lewis all started their careers there.

Young Vic, London - £961,455 to help it partially open between October and March, remotely operating its Directors Programme and its outreach activities with local communities.

The Young Vic’s work is highly acclaimed, and since Kwame Kwei-Armah joined as Artistic Director, it has mounted productions on Broadway, the West End, BBC Radio 4 and in Zimbabwe, Manchester, Ipswich and Birmingham.

Storyhouse, Chester was voted the UK’s Most Welcoming Theatre 2019/20 in the UK Theatre Awards.

Curve, Leicester - £950,000 to help with plans to re-open the theatre. This large producing theatre has often transferred work to the West End.

Lighthouse, Poole - £987,964 to help this multi-artform venue and home to Bournemouth Symphony Orchestra remain sustainable with a phased programme of reopening and to ensure the orchestra’s work to connect with the local community can continue.

Many well-known Great British artists have performed at Lighthouse, Poole; including The Who, The Clash, Kate Bush and Ozzy Osbourne.

Salisbury Arts Centre has seen many well-known performers grace its stage throughout their careers, including John Cooper Clark in the 80’s, and The Levellers, Buzzcocks and Manic Street Preachers in the 90s. Wiltshire Creative have commissioned and produced plays from writers such as Timberlake Wertenbaker, Howard Brenton, Barney Norris and Chris Chibnall (who wrote Broadchurch and is the lead writer for Dr Who). The late actor Sir Alec Guinness opened the Salisbury Playhouse building in 1976.

Grimm & Co, Rotherham, Yorkshire - £86,000 to help them survive in order to provide support for children with creativity and writing This literacy charity supports children aged 7 to 18 to improve their confidence and skills around creativity and writing. This includes one-to-one mentoring to spark children’s motivation to write.
The charity counts actor and screenwriter Mark Gatiss, author Joanne Harris MBE and poet Ian McMillan among their patrons. 1 million listeners heard their children’s scripts performed by professional artists on BBC Radio 4.

This theatre company, aimed at young people in south London, was where Star Wars’ John Boyega first learned to act and is now a patron. Last year, the organisation welcomed 19,000 local people through its doors.

The Brudenell, Leeds - £220,429 to host a free weekly event as well as stream events working with partners such as Music:Leeds and Made With Music.

The Brudenell Social Club is a centrepiece of the Leeds music scene. Famous for hosting secret gigs for bands like Franz Ferdinand and the Kaiser Chiefs, it hosts events most nights of the week, which are put on by a variety of local promoters and which cover a wide spectrum of genres.

A full list of the recipients announced today is here.