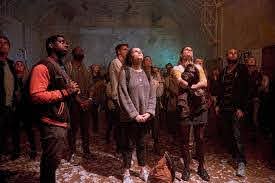 More than 500 arts and technology practitioners have been selected as parts of 30 consortia to bid to create the Festival UK* 2022.

The governments for England, Northern Ireland, Scotland and Wales are committing £3m to research and development by the 30 groups in a “massive experiment in creativity” in ten different elements.

“Festival UK* 2022 is a massive experiment in creativity with the core values of being open, original and optimistic, and encouraging teams to think big” said the festival’s chief creative officer, Martin Green, who also led the arts programme for Hull 2017 City of Culture. “It’s wonderful that so many brilliant people, offering extraordinary creativity across STEAM (science, technology, engineering, arts and maths) , want to collaborate beyond their usual disciplines and with people they might not have worked with before. It hasn’t been an easy selection process, so we’re really pleased to hear that some new creative relationships will continue amongst those who were not chosen, as well as being excited to see what the 30 Creative Teams come up with over the next couple of months.”

Each of the 30 teams will receive £100,000 to develop their ideas for the festival which has a commitment of £120m from the four national governments. Plans will be submitted in February and ten – four from England, Scotland, Wales and Northern Ireland, and six UK-wide - will be taken forward into full production, with a programme and a new name announced late in 2021.

The BBC will be the lead broadcast partner for the project, and the BBC research and development team will guide the 30 teams through the ideas generation stage.

The teams will involve freelancers and emerging talent as well as large organisations. Many of them have never worked together before, and the major participants include The Open University, the performance poetry company Apples and Snakes (pictured), Welsh National Opera, Manchester International Festival, the BFI, DC Thompson, the Eden Project, the Serpentine Galleries and the Poetry Society.