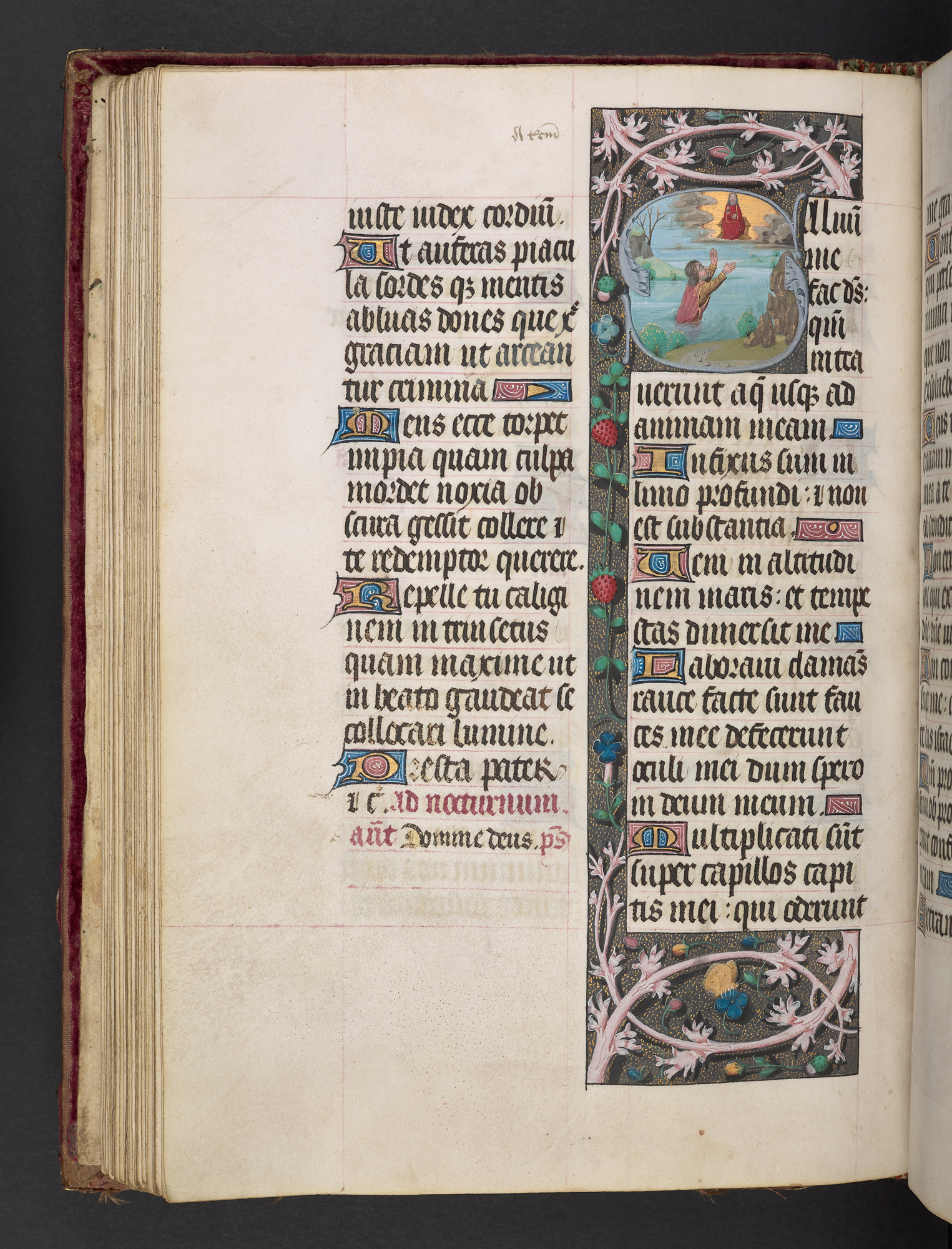 A hitherto unknown copy of the psalms from the 1480s has been acquired by the British Library.

The Lucas Psalter was made in Bruges for an English patron and bears the arms of Thomas Houchon Lucas (1460-1539), Henry VII’s solicitor general.

The manuscript, featuring eight large finely painted panels on 183 folios with text in Gothic script, is a previously unknown example of the work of the Master of Edward IV.  One of the most influential artists of the late Middle Ages, most of his known work is now in the Royal Collection in the British Library.

“The Lucas Psalter is of clear artistic and cultural significance, and tells a fascinating English story” said Kathleen Doyle, lead curator of illuminated manuscripts at the British Library. “The manuscript reveals the close links with Europe and the interests of a middle ranking figure in Tudor society, Thomas Houchon Lucas of Suffolk, who was a secretary to Jasper Tudor. Lucas rose to a high office of state under Henry VII. His added arms (with those of his wife) demonstrate the distinctive and long-standing interest of English laity in the text of the Psalms.”

The British Library will digitise the Lucas Psalter to make it available online at Digitised Manuscripts before putting it on display in the free permanent gallery, Sir John Ritblat Gallery: Treasures of the British Library.