‘Ghost of Palmyra’ in Trafalgar Square 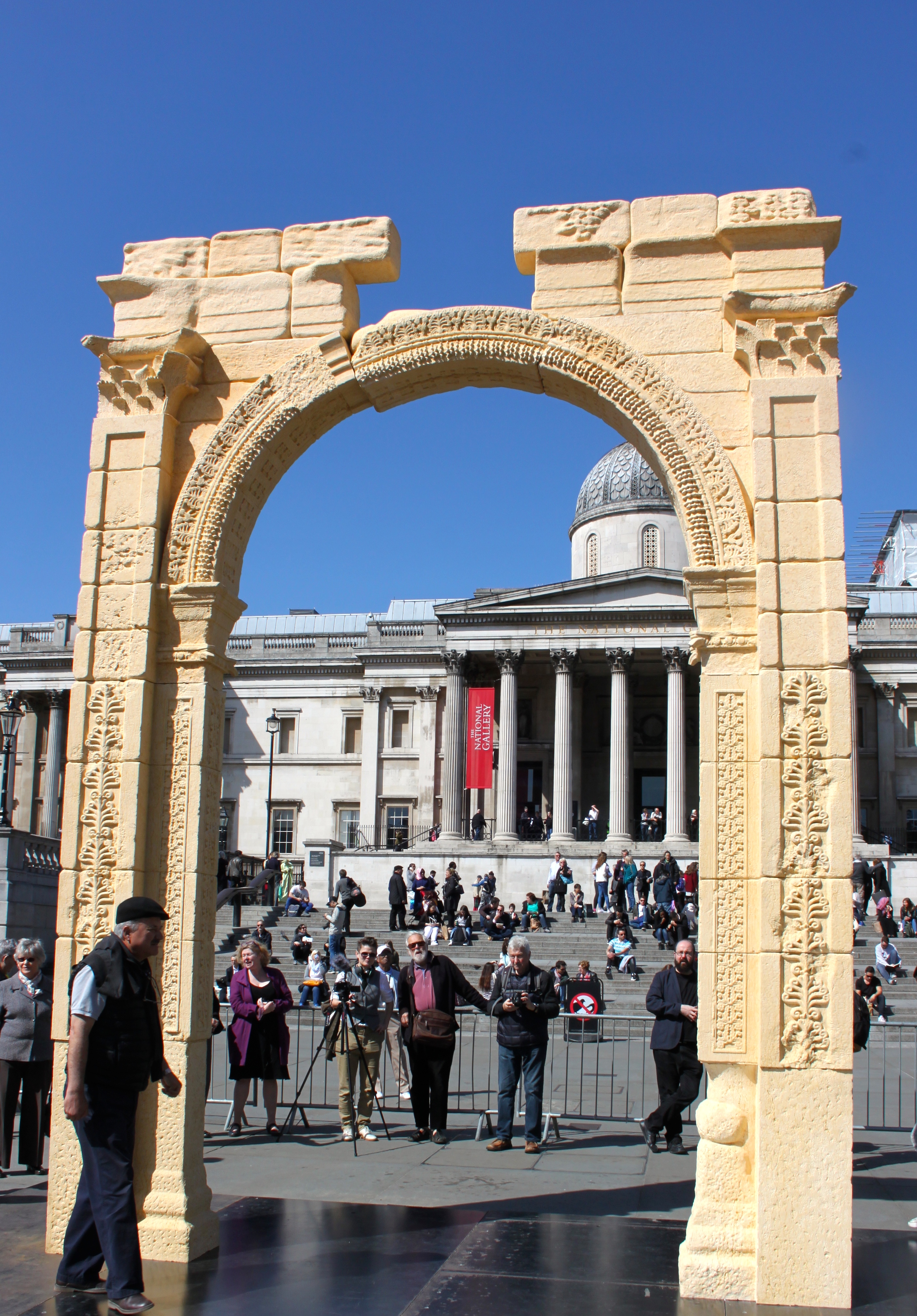 The 1,800-year-old Triumphal Arch of Palmyra in Syria, destroyed by Isil forces last October, has been reconstructed in Trafalgar Square thanks to the latest digital technology, as part of World Heritage Week 2016.

The reconstruction, using 3D printing and carving technologies, has been made by Oxford’s Institute for Digital Archaeology (IDA) and will be in place in London for just two days from 19-21 April. It will later travel to Dubai and New York.

Meanwhile, with Palmyra back in the hands of Syrian government forces, the monument itself is being restored.

“Monuments, as embodiments of history, religion, art and science, are significant and complex repositories of cultural narratives” said Roger Michel, the IDA’s director.  “No-one should consider for one second giving terrorists the power to delete such objects from our collective cultural record. When history is erased in this fashion, it must be promptly and, of course, thoughtfully restored.

“Such reconstructions, at least in the context of terrorist acts, vindicate a crucially important social value. No one would have seriously considered leaving London in ruins after the Blitz.”