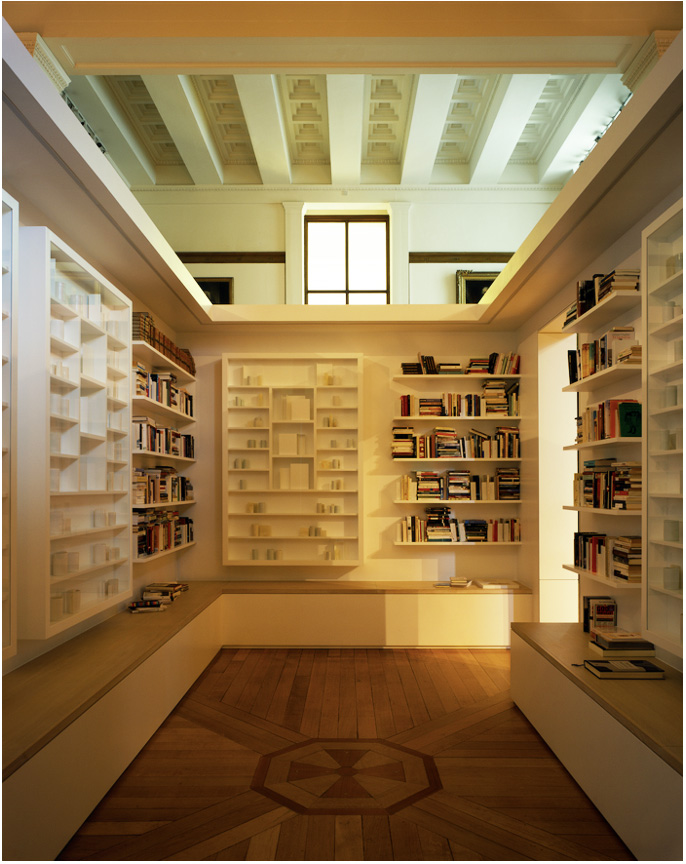 The books will be transported to Mosul with the help of Book Aid International, the UK’s leading book donation and library development charity, and the Iraqi Embassy in London.

The collection, painstakingly gathered together by de Waal and first seen at the Venice Biennale in 2019, contains works of translation written by more than 100 exiled authors. Last year it was shown at the British Library. The library of exile online catalogue can be explored here.

The external walls of the library of exile - painted with liquid porcelain and inscribed with the names of the great lost libraries of the world - are being given to The Warburg Institute, London, and will be incorporated into the institute’s redesign, due to be completed in 2023/24. Its director, Professor Bill Sherman said: “We are honoured and moved by Edmund’s gift. It will put his library of exile into one of the world’s great exiled libraries; nd it will become a visible part of the Warburg Renaissance, a building project that will create new possibilities for artistic partnership and public engagement.” https://www.artsindustry.co.uk/feature/1616-edmund-de-wall-my-life-in-venice-s-ghetto

De Waal said that his Jewish family had moved form one country to another for 150 years before settling in Britain. “Into the walls is written a history of the lost libraries of the world, from Antioch and Alexandria, through Constantinople, through the destroyed Madrasah libraries, the 40 destroyed libraries of the Second World War in Germany, my grandfather’s library in Vienna looted, all the way to Timbuktu and Mosel” he said. “That’s elegiac but there’s an extraordinary iterative history of people trying to destroy books. The words of Heine are there, saying ‘Once they start to burn books then they start to burn humans’.”

On Friday 29th January, at 6pm the British Museum will host A Space to be, a free evening of readings and musical performances inspired by the library of exile, with readings by Edmund de Waal and British Museum director Hartwig Fischer via British Museum Events YouTube channel at www.youtube.com.