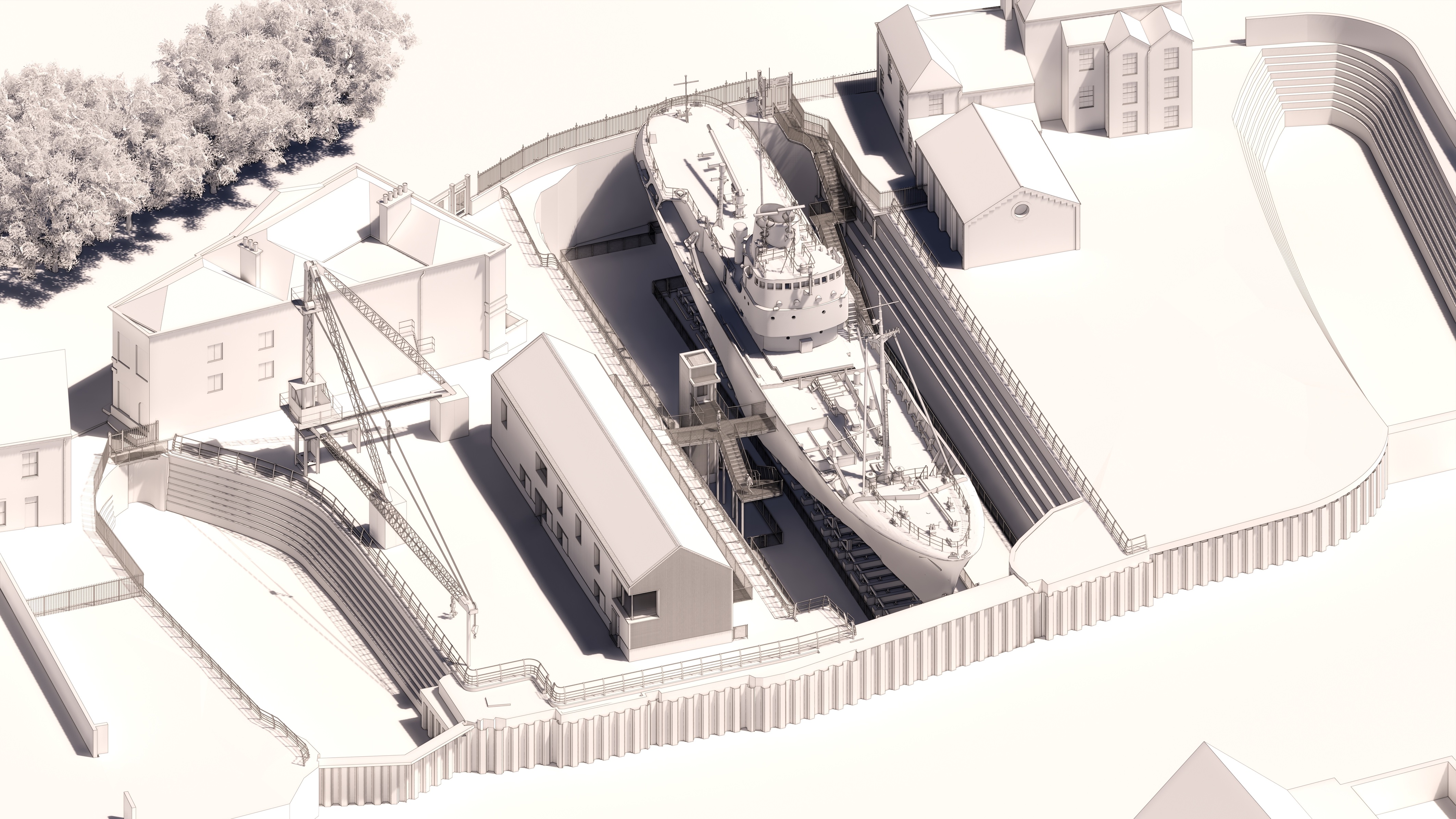 Hull’s last surviving “sidewinder” trawler and its picaresque adventures are to become part of Hull’s £30m maritime history quarter, a legacy of its year as City of Culture in 2017 and due to open in 2023.

Arctic Corsair, built in 1960 was the last of a breed of fishing boats that were the backbone of Hull’s fishing fleet, especially designed to withstand the harsh conditions of the Icelandic deep sea grounds.

The boat was almost sunk in a collision in 1967, but was repaired and broke the record for a haul of cod and haddock in 1973. During the Cod War three years later she rammed an Icelandic patrol vessel which had tried to cut its trawl lines and was repaired again, but in 1993 was bought by Hull City Council to become a museum ship. Now she is to move to a drydock in the historic North End Shipyard alongside a new set of “Passivhaus” green museum buildings, being built to the latest specifications to reduce energy consumption.

Using mainly passive heat sources such as the sun, the Passivhaus buildings will give new accommodation for visitors and staff while the new two-storey visitor centre will include an entrance, extensive exhibitions telling Arctic Corsair’s story and the history of Hull’s fishing industry.

“North End Shipyard is one of Hull’s hidden gems, an area at the very heart of the city’s maritime and trade history which spanned the world” said Councillor Daren Hale, deputy leader of the council whose ambition is for Hull to be carbon neutral by 2030. “These highly ambitious plans will not only create a new visitor attraction that will showcase the many maritime stories but also achieve the best energy efficient standards.”