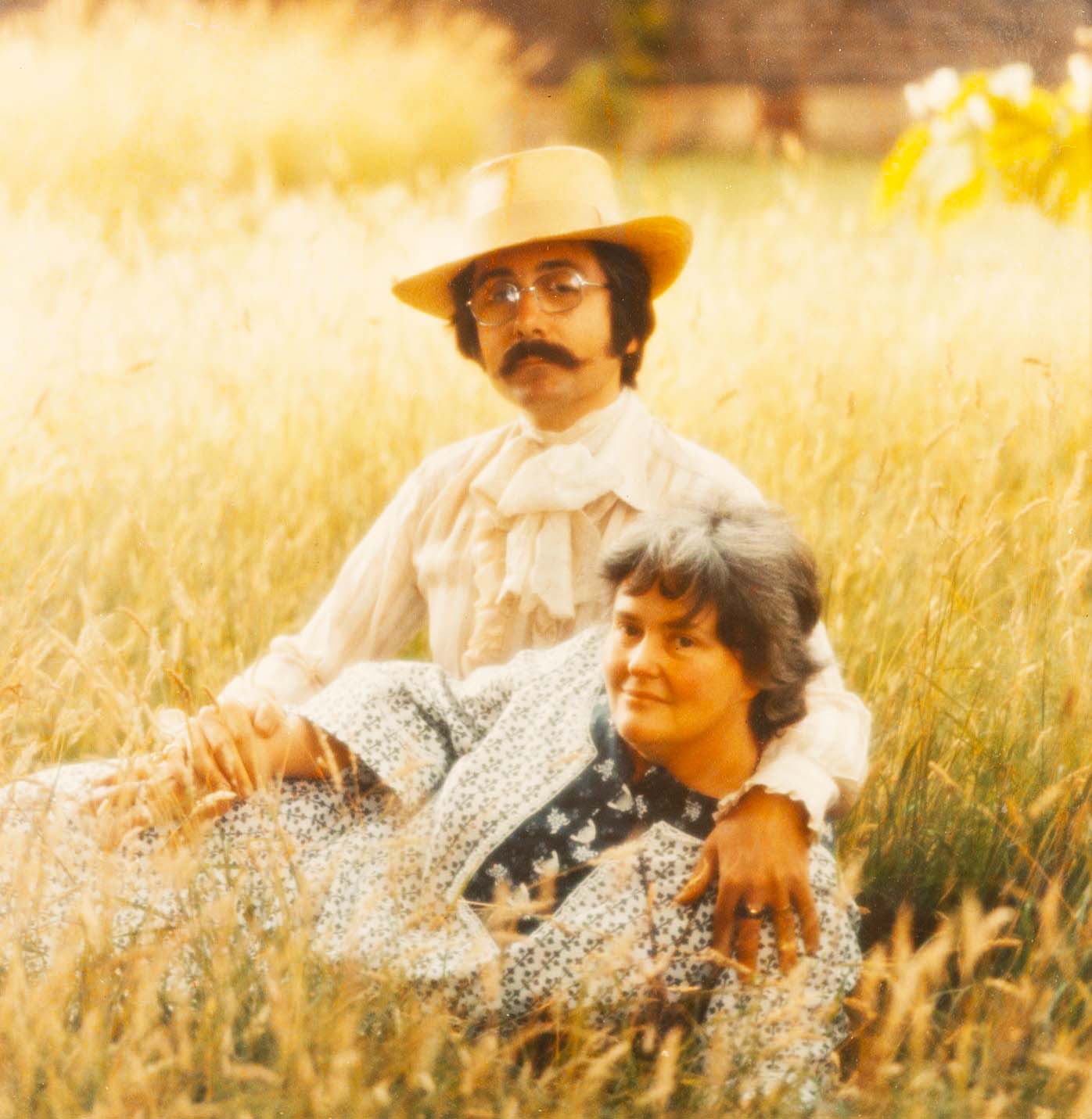 Part of the extraordinary and quirky collection of art, photographs and antiques belonging to Roy Strong and his wife Julia Trevelyan Oman are to go on sale next month.

The auction, at Chorley’s in Gloucestershire, will include this romantic portrait of the couple by Lord Snowdon taken in Princess Margaret’s garden at Kensington Palace.

The art historian Sir Roy was director of the National Portrait Gallery and the Victoria & Albert Museum, and Lady Strong, who died in 2003, was an award-winning set designer.

Throughout their time together they collected an array particularly of theatre memorabilia. In the sale is a plaster bust of Sir John Gielgud in the character of Julius Caesar used in a 1970 production designed by Oman; Rudolph Nureyev’s costume for The Nutcracker; a design by Dame Laura Knight for a costume for Tamara Karsavina in The Firebird.

Other items include a seal of Elizabeth I, designed by Nicholas Hilliard; a portrait of Strong by David Hockney; and a portrait of the couple by Cecil Beaton.

Several of the lots relate to landscape and horticulture. Married in 1971 the couple together designed The Laskett Gardens in Herefordshire, turning a four-acre bare plot into pone of the largest private formal garden created since 1945. Strong left the Laskett in December 2020 after donating the gardens to Perennial, a charity that supports horticultural workers.

The sale is at Prinknash Abbey Park in Gloucesteshire on April 27.