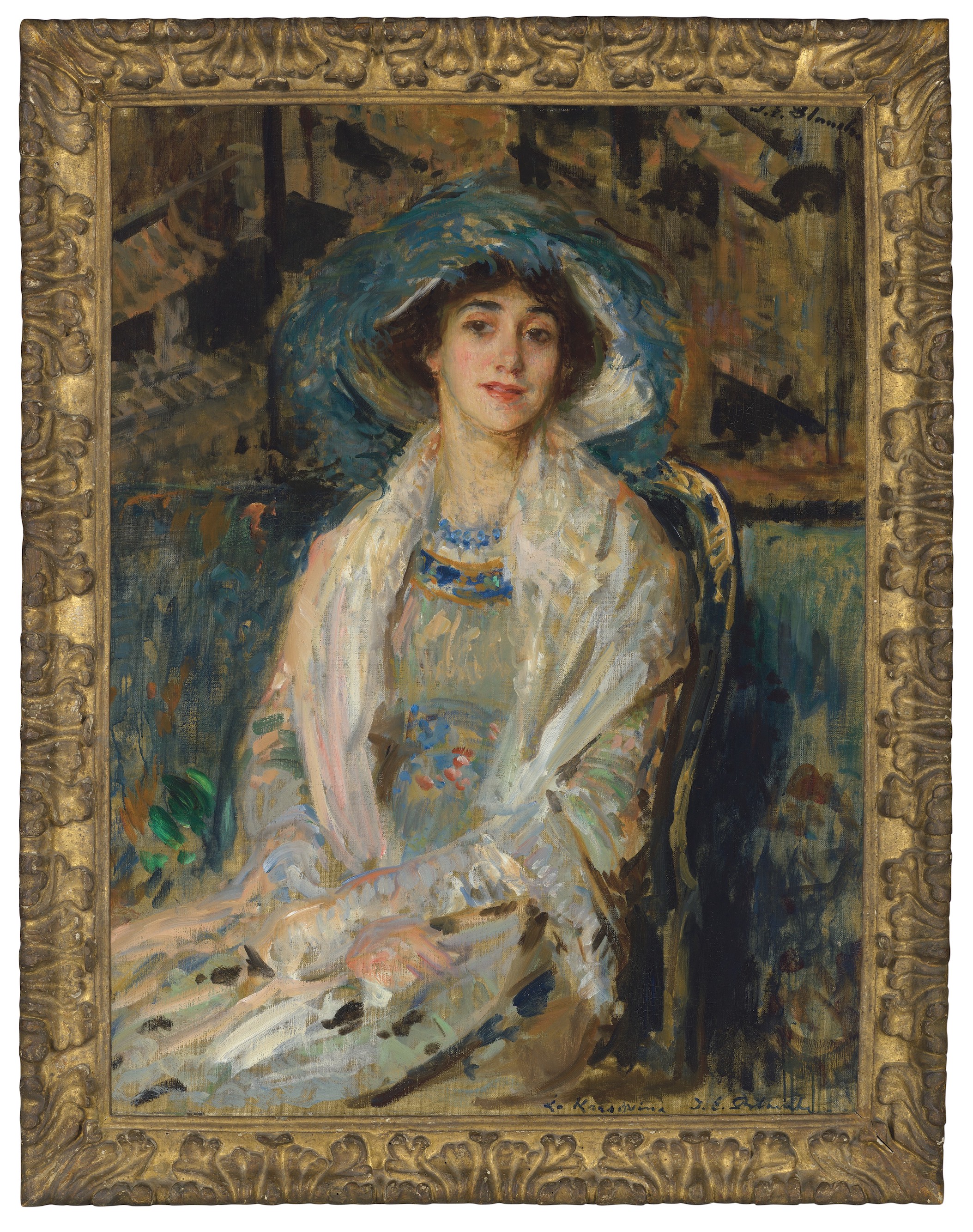 Ballets Russes star’s portrait given to her London academy

A rare and deliciously romantic portrait of the Ballets Russes star Tamara Karsavina has been given to the school she co-founded in London, the Royal Academy of Dance.

The academy has acquired the painting for what is believed to be about £60,000 thanks to contributions of a number of donors, rallied by the former ballerina Anya Linden, now Lady Sainsbury.

The portrait, by the French painter Jacques Émile Blanche, is a rare portrayal of her not in costume, and is now thought to have been painted in about 1912 when she was in her 20s.

Karsavina, born in 1885, was a prima ballerina in the Imperial Russian Ballet, the rival of Anna Pavlova, and danced with Serge Diaghilev’s Ballets Russes from about 1910, famously creating the title role in Stravinsky’s Firebird partnered by Vaslav Nijinsky (choreographed by her former suitor Michel Fokine).

In 1918 she married a British diplomat and left Russia, settling eventually in Hampstead, and co-founded the academy in 1920. She taught many future stars, and coached Margot Fonteyn and Rudolf Nureyev. Through 1920s and 30s she worked with Frederick Ashton among others to help the development of ballet in Britain, retiring from the stage in 1933. She died in London in 1978 aged 93.

“We are delighted to welcome Tamara Karsavina back home to the RAD” said Luke Rittner, CEO of the academy. “The painting will help us tell the story behind the foundation of the Academy, and the portrait will hang prominently in the new headquarters, continuing Karsavina’s lifelong mission to inspire dancers for generations to come”.

The portrait was in the possession of Lady Mary Stewart Evans who gave it to the English dance teacher Roger Tully in 1977. He died last year.

“A friend of mine, Suzanne Gielgud, got in touch and said that a beautiful portrait of Tamara Karsavina, which she had seen before in her friend Roger Tully’s house, was due to go on sale at Christie’s” Lady Sainsbury said. “Suzanne thought I would be interested and she was right, when I saw the painting I was absolutely ravished by it.

“However, I felt that it should go somewhere where more people would be able to see and enjoy it. I knew of Karsavina’s connections with the Royal Academy of Dance and I realised immediately that it should be acquired and given to the RAD for their new headquarters. I phoned Luke Rittner and in no time, we had together a wonderful group of people whose energy, enthusiasm and contributions made this a reality. I couldn’t believe how quickly everything happened.”