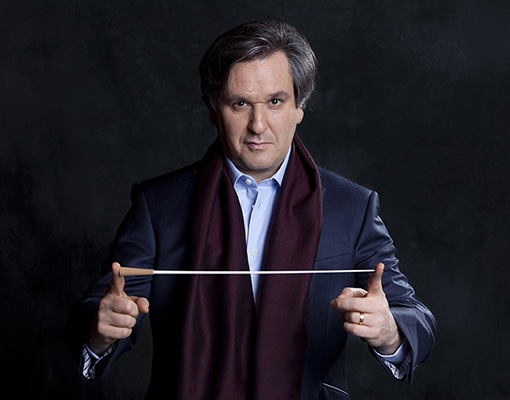 Pappano to succeed Rattle at LSO

Sir Anthony Pappano is to succeed Sir Simon Rattle at the London Symphony Orchestra after almost 20 years as music director at the Royal Opera House.

He will take to the role of chief conductor in September 2024 from Rattle who announced in January the was leaving to work in Germany https://www.artsindustry.co.uk/news/2336-rattle-to-leave-lso,and preside over the orchestra's annual season at The Barbican Centre where the LSO is resident.

“Since I first collaborated with the LSO in 1996 I have time and again been overwhelmed by the team spirit inherent in this fabulously talented group of musicians” Pappano said. “The combination of a unique energy, flair and virtuosity has always set this orchestra apart. That I have been chosen as chief conductor is a dream come true and a most wonderful gift.”

And in what might be seen as a pointed swipe at his predecessor, who had said when he arrived in 2017 that the LSO would be his last job, Pappano added: “I am committed to keeping London as my musical home and look forward to this most important journey that awaits me, full not only of discovery but also of continued exploration of technological and broadcast opportunities to convey the message of music to an ever greater audience.”

Born in London of Italian parents Pappano has become an international star in the world of classical music. Since his appointment to Covent Garden in 2002 in succession to Bernard Haitink, he has become music director of the Orchestra dell’Accademia Nazionale di Santa Cecilia in Rome. Starting his career as a pianist and repetiteur nd was Daniel Barenboim’s assistant for several seasons at the Bayreuth Festival as Musical Assistant to Daniel Barenboim.  Now he works regularly at the Metropolitan an Opera, New York, Wiener Staatsoper and ther Berlin Staatsoper. As a pianist he has has accompanied some of the most celebrated singers including Joyce DiDonato, Diana Damrau, Gerald Finley and Ian Bostridge.

Kathryn McDowell, managing director of the LSO said the orchestra welcomed the appointment of Pappano. “We are deepening our association with him at a crucial time of rebuilding and refocussing following the challenges of the pandemic” she said. “With Tony, every concert performance is a memorable and special event. He is the dynamic life force that the LSO welcomes in the leading conductor role and I look forward to planning imaginative programmes with him for the LSO’s season in the Barbican and beyond.”