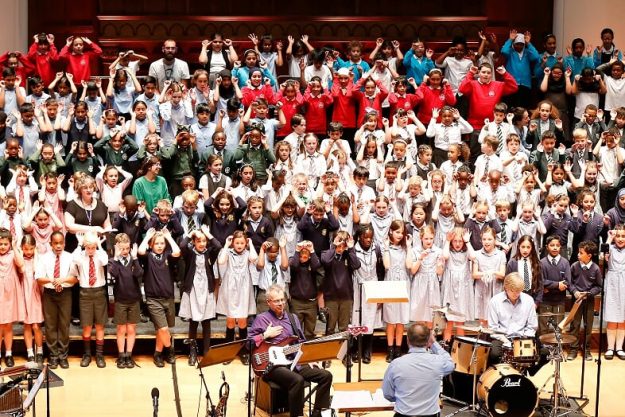 The government is being lobbied to change its latest guidance on music performance that insists that only six people can sing indoors together, so that choirs are forbidden to sing together.

"It is clearly a mistake for the government to make the guidance on indoor singing more restrictive than before the last national lockdown” said the ISM’s CEO, Deborah Annetts. “While research shows that choirs offer many benefits for mental and physical well-being, it is not simply a casual social pastime.

“The government should recognise that [singing as a choir] is an organised activity overseen by an official body that is able to implement effective safety protocols and led by professionals that want to return to work. Public health guidance should be helping the safe return of millions of singers and thousands of choirs across the country, rather than forcing the cancellation of upcoming performances."
Recent research shows that singing is no more dangerous in terms of Covid-19 transmission than shouting, speaking loudly or physical exercise, but choir singing is being treated as a social pastime rather than an organised activity overseen by a recognised body (usually a charity or business) which is able to put effective safety protocols in place.

The letter says that unless there is a change in the ruling there will be a significant negative impact on the wellbeing of over 2m group singers across the country, and will have a financial impact, as ticket sales have to be reimbursed for upcoming performances. Many of the UK’s 40,000 choirs are led by professionals who remain dependent on government support until they can restart their professional lives.

"The furore over these unexpected restrictions on singing is not confined to the amateur sector alone” said Mark Pemberton of the ABO. “The UK’s world-leading professional orchestras rely on amateur choruses, and as a result of these restrictions concerts that have already been on the market and sold out will need to be cancelled and re-programmed. It makes no sense for ‘non-professionals’ to be treated differently to ‘professionals’ when taking part in a performance run by a professional organisation working to Covid secure protocols. If the government’s own research shows that singing is safe, why change the rules now?"