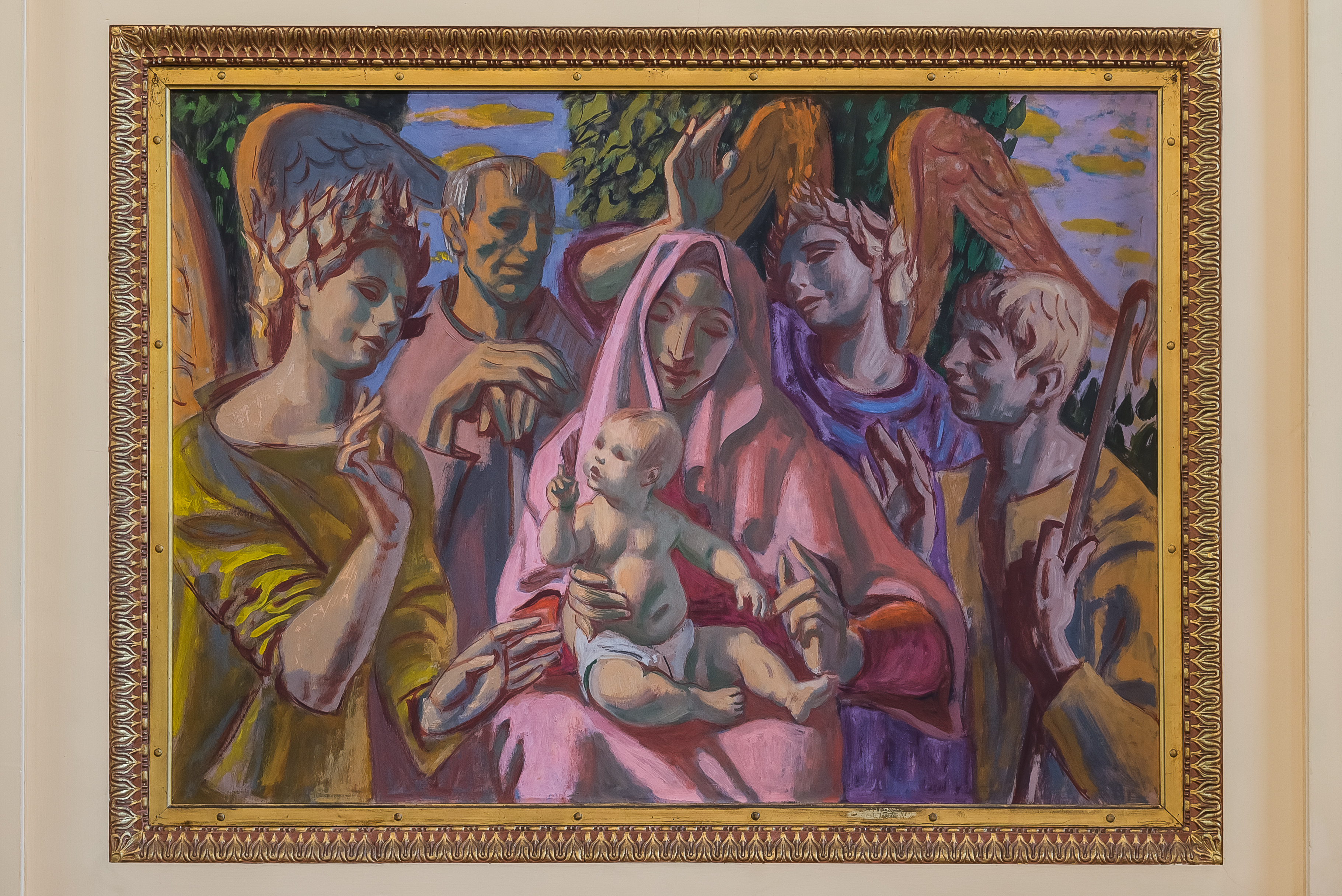 A Jewish award-winning painter and sculptor whose work was declared "degenerate" by the Hitler regime fled the Nazis in 1933, came to Britain as a refugee and stayed to make more Church of England murals than any other 20th century artist.

And although Hans Feibusch, born in Frankfurt in 1898 and fought t for Germany on the Western Front,worked successfully and prolifically as a painter and sculptor for the rest of his long life – he died in 1998 a month short of his 100th birthday – he remained in relative obscurity.

Despite that, he painted the most murals in Church of England churches than anyone in the modern period, working in at least 30 churches and making murals in 28 of them (sculptures in the other two) including Ely Cathedral.

How that extraordinary career came about and what has become of his work is the subject of a one-day conference on June 16 hosted by St John’s Waterloo, home of two of Feibusch’s large murals, led by the artist and writer Edmund de Waal. 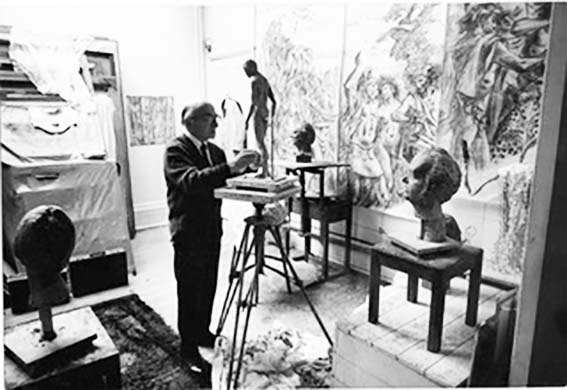 Hans Feibusch in his studio in about 1953

Part of both Refugee Week and the 11th annual Waterloo Festival, the conference is being held in association with Art and Christianity and Insiders/Outsiders, which celebrates the contribution of refugee artists from Nazi Germany to British culture. And one of the purposes of the day is to raise funds to restore the two works in St John’s, The Crucifixion and The Adoration of the Shepherds (main image), created for the rededication of St John’s Waterloo as the Church of the Festival of Britain in 1951. Also taking part will be the art historian Marc Allum.

Starting with Feibusch’s remarkable story, the conference will look at the broader theme of Jewish artists who produced art for churches during the 1930s, 40s and 50s, a period dominated by the rise of Fascism, the Second World War and the Holocaust in which the figure of Jesus was often seen (by both Jews and non-Jews) as the embodiment of contemporary Jewish suffering. How did these artists influence both the style and substance of British Modernism? And was society’s view of both Christianity and Judaism changed by their work?

Other émigré artists to be discussed include German-born sculptor Ernst Müller-Blensdorf, the Hungarian stained glass artist Ervin Bossanyi (best known for his windows at Canterbury Cathedral), and the ceramicist Hans Coper (who produced a set of monumental altar candlesticks, also for Coventry Cathedral).

Canon Giles Goddard, vicar of St John’s Waterloo, said: “Our Feibusch murals have graced St John’s and focused our thoughts for almost 70 years. But it is only now that we, and other churches blessed with works of this period, are beginning to see the bigger picture. What did Feibusch and his fellow non-Christian artists bring to our faith and to our understanding of the post-war world? How can we save their legacy, so significant and yet so much at risk? And how can we respond to the art of refugees in Britain today?”