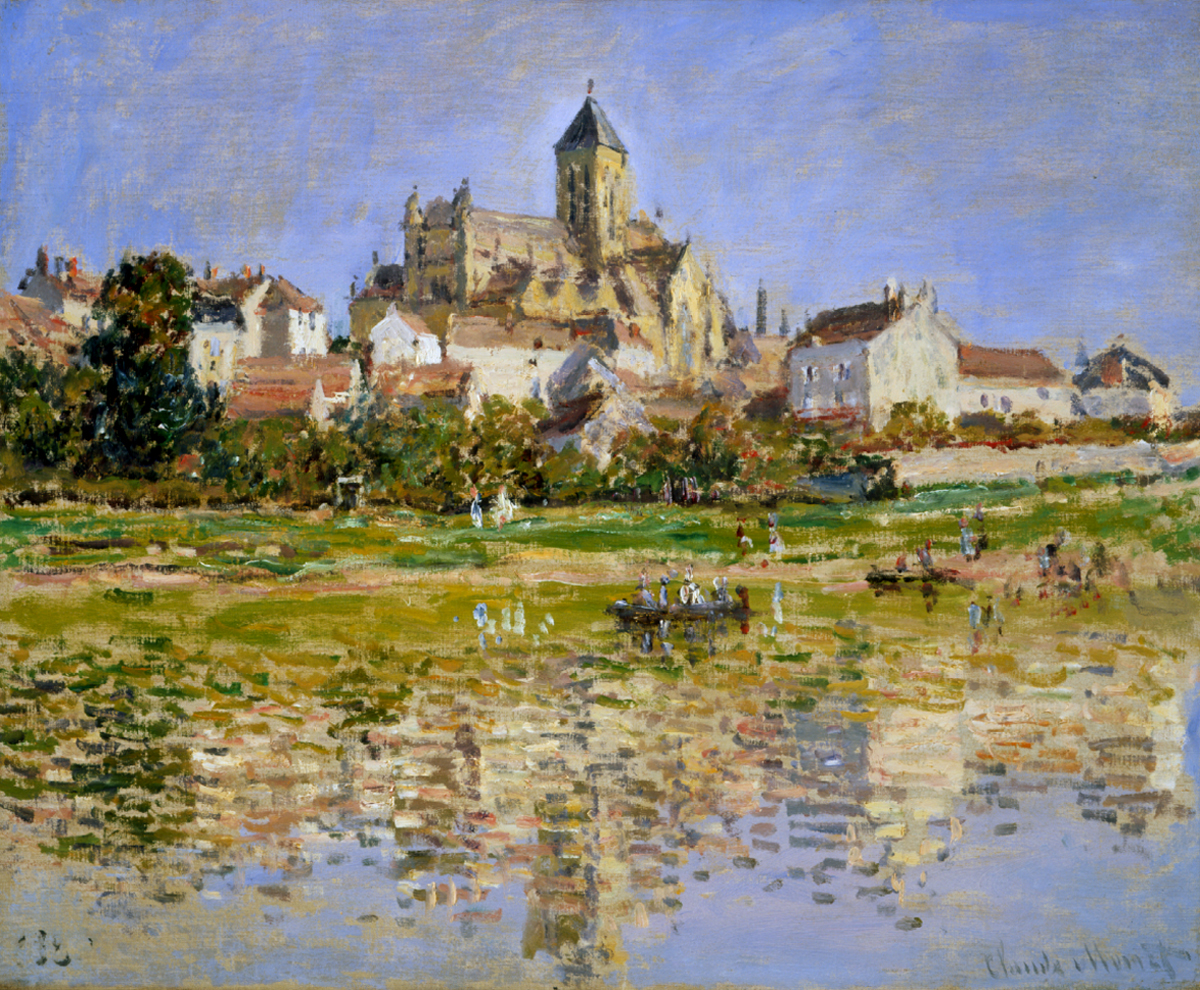 Southampton’s gallery reopens, with help from a national friend

Southampton City Art Gallery reopens after lockdown today with an exhibition that rekindles a long association with the National Gallery with one of the largest loans of works its has ever made.

It includes paintings by Salvator Rosa, Maggi Hambling, Monet, Gainsborough and Paula Rego and marks a new closer relationship not only between the two institutions but national and regional museums and galleries country-wide, believes the National Gallery’s director Gabriele Finaldi.

Main image: Monet’s, Church at Vétheuil, 1880, which is matched in the exhibition with the National’s The Petit Bras of the Seine at Argenteuil, 1872, by Monet, was bought in 1974 on the advice of the National Gallery, and was loaned to it for its 2018 Monet & Architecture exhibition

Creating a National Collection is a collaboration between the two galleries with the National lending nine paintings resonating with pieces from Southampton’s collection, some of which were acquired on the National Gallery’s advice. It is a coup for the city as it prepares its bid to be the UK City of Culture in 2025, which is officially launched by DCMS tomorrow (May 29) with a decision expected next spring.

It is also an example of a growing practice among national collections to link with regional institutions, a practice that has been notional for years but took hold during the pandemic when collections had to go online.

“The word ‘national’ appears in our title” Finaldi told AI at the launch – his first ever visit to the Southampton City Art Gallery. “It’s a vocational role I feel we’re more and more conscious of and that we want to realise. Clearly there’s been a long-standing relationship going back to the 30s, and we want to nourish it through sharing expertise, through loans and doing exhibitions together.”

The story actually goes back further, to the 1911 will of Councillor Robert Chipperfield who left his collection of 183 works of largely 19th century British pictures, and left the equivalent of £4m to build an art gallery and create a fund for the acquisition of works of art. There are now more than 5,000 items in the collection.

Chipperfield made two stipulations: that the gallery, when it was built, would be free to enter, and that any acquisitions should be overseen by the director of the National Gallery

The gallery, owned and funded by the local authority, was eventually opened in 1939 and in the run up the National’s then new director, Kenneth Clark, got actively involved in advising on the collection, writing the gallery’s collecting policy which is essentially unchanged today.

In 1974 on the National’s suggestion Southampton bought a Monet, The Church at Vetheuil, for a then unheard of £56,000, but at that point Michael Levey, head of the National, concluded that he could no longer perform the advisory role, and Southampton City Art Gallery in turn decided to concentrate on acquiring only modern and contemporary works, Old Masters having become too expensive. The Tate, through their curator David Brown, became the official acquisitions mentor.

But the old alliance has been revived with this partnership, which goes deeper than the loans of paintings. The exhibition, which will run until September, has been curated by a curatorial trainee, Jemma Craig, who is part of the National’s current traineeship programme supported by the Art Fund with help from the Vivmar Foundation. One of the loaned pictures, a Gaspard Dughet landscape, will go straight into the conservation studio when it returns to London in the autumn, with a young conservator from Southampton going along with it on attachment to learn from the National’s world-famous conservation team. And there is even the possibility of the Southampton gallery commissioning a new work for its collection for 2025 under Finaldi’s guidance, perhaps involving the local contemporary John Hansard Gallery.

Southampton City Art Gallery has had a lean period going back to before the lockdown. It could boast as many as 100,000 visitors a year, but five years ago in the shadow of austerity the city council decided to save money by drastically cutting the opening hours. Before the pandemic it was recording 12,000 visits annually, and the hope is that the opening exhibition will enhance its reputation and its popularity with the hoped-for prospect of being City of Culture in four years’ time.

The National Gallery also has longstanding relationships with institutions such as the Barber Institute in Birmingham and the Ferens Gallery in Hull, and its current Rosalind Nashashibi exhibition will travel to Orkney after it closes in London at the end of June, but Finaldi (above) said he is firmly backing Southampton to be the next UK City of Culture.

“I think there's a there's a new kind of solidarity between cultural institutions which will be part of our future together as we re-open.”

Creating a National Collection is at Southampton City Art Gallery from May 28 to September 4.