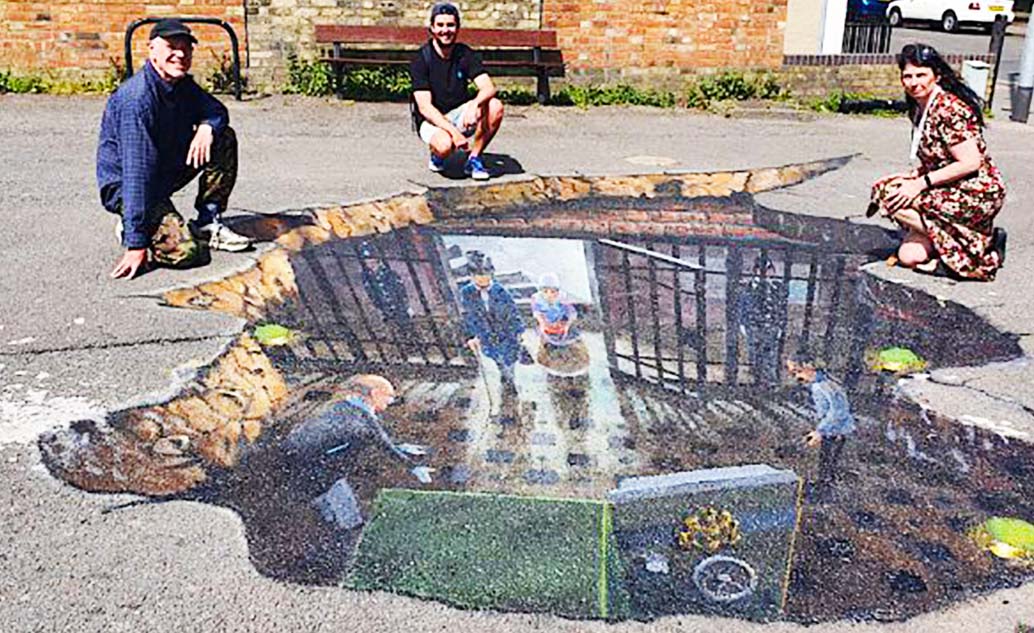 But The Vault is a 3D illusion, a clever piece of artwork by Julian Beever (left in our picture) working with the street art commissioning agency Black Walls.

Placed in the street opposite Nando’s where a bank used to stand the image refers to a local urban myth that there is hidden treasure in the lost vault beneath the site, and the artwork includes images of shoppers and workers who would have used the bank that once served the high street businesses.

“There has been so much enthusiasm from the public as they walked by, and they were genuinely interested in finding out more” BCA’s programme producer Ami Aubrey told the Bedford Independent. “This is what we want to achieve, engagement with the public.

“We are really keen to tell the stories of the characters, Thomas Lester the lace maker and Mary Pearson who was a baker working at 88 High Street. It’s such a big part of Bedford’s high street history.”