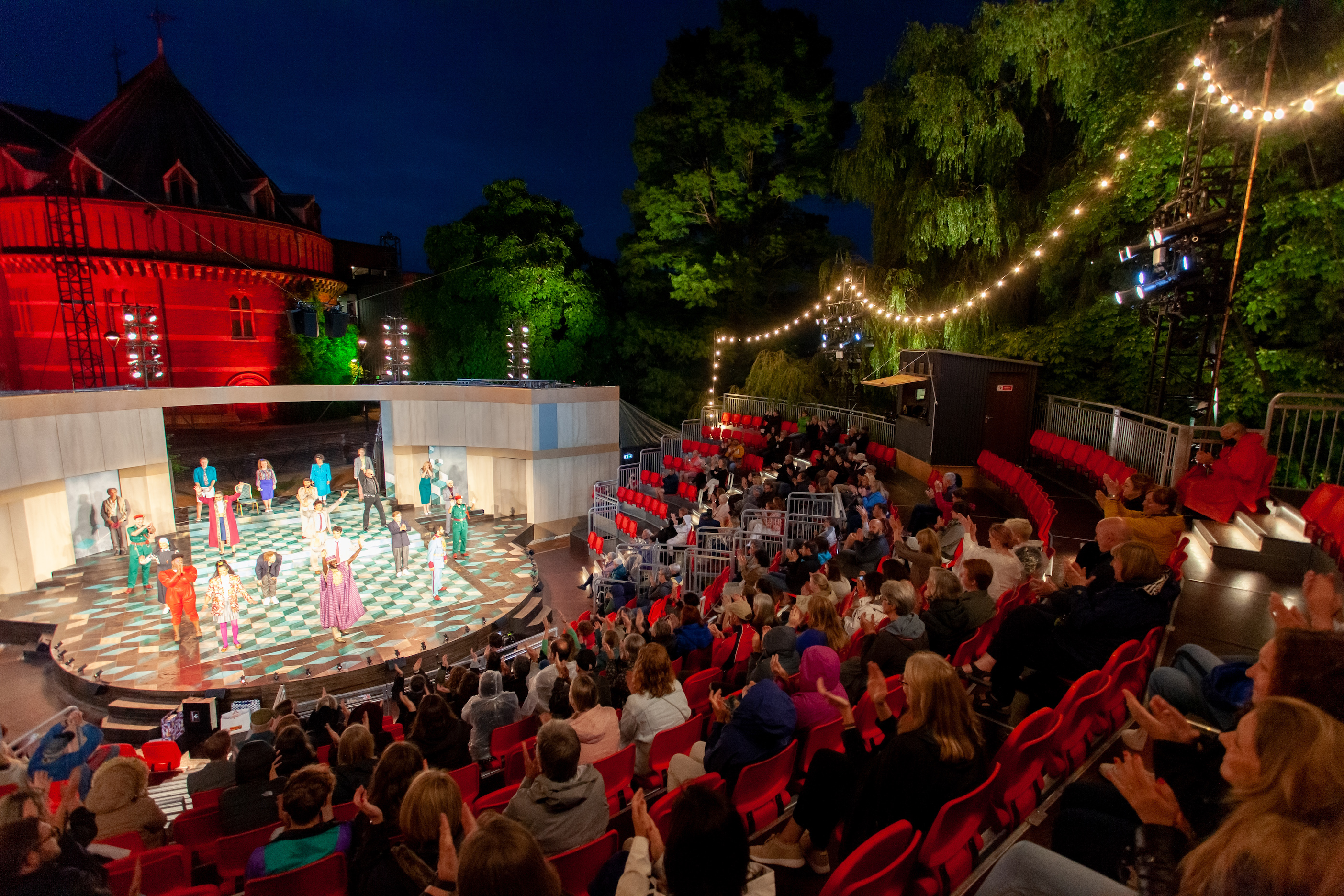 RSC reopens – in the open

The Royal Shakespeare Company has reopened after 16 months of closure, in its new open air theatre.

Philip Breen’s production of A Comedy of Errors inaugurated the company’s long-awaited new season this week in the Lydia &B Manfred Gorvy Garden Theatre, set in Stratford-Upon-Avon set between the Swan Theatre and the River Avon, where it will run until September 16.

The Garden Theatre, designed to let audience members keep their distance from each other, is currently filling to 50% of capacity, but following the confirmed easing of government restrictions the RSC intends to gradually increase capacity.

After its Stratford season the production, sponsored by Darwin Escapes, will tour to Nottingham, Canterbury and Bradford, finishing at the Barbican in London.