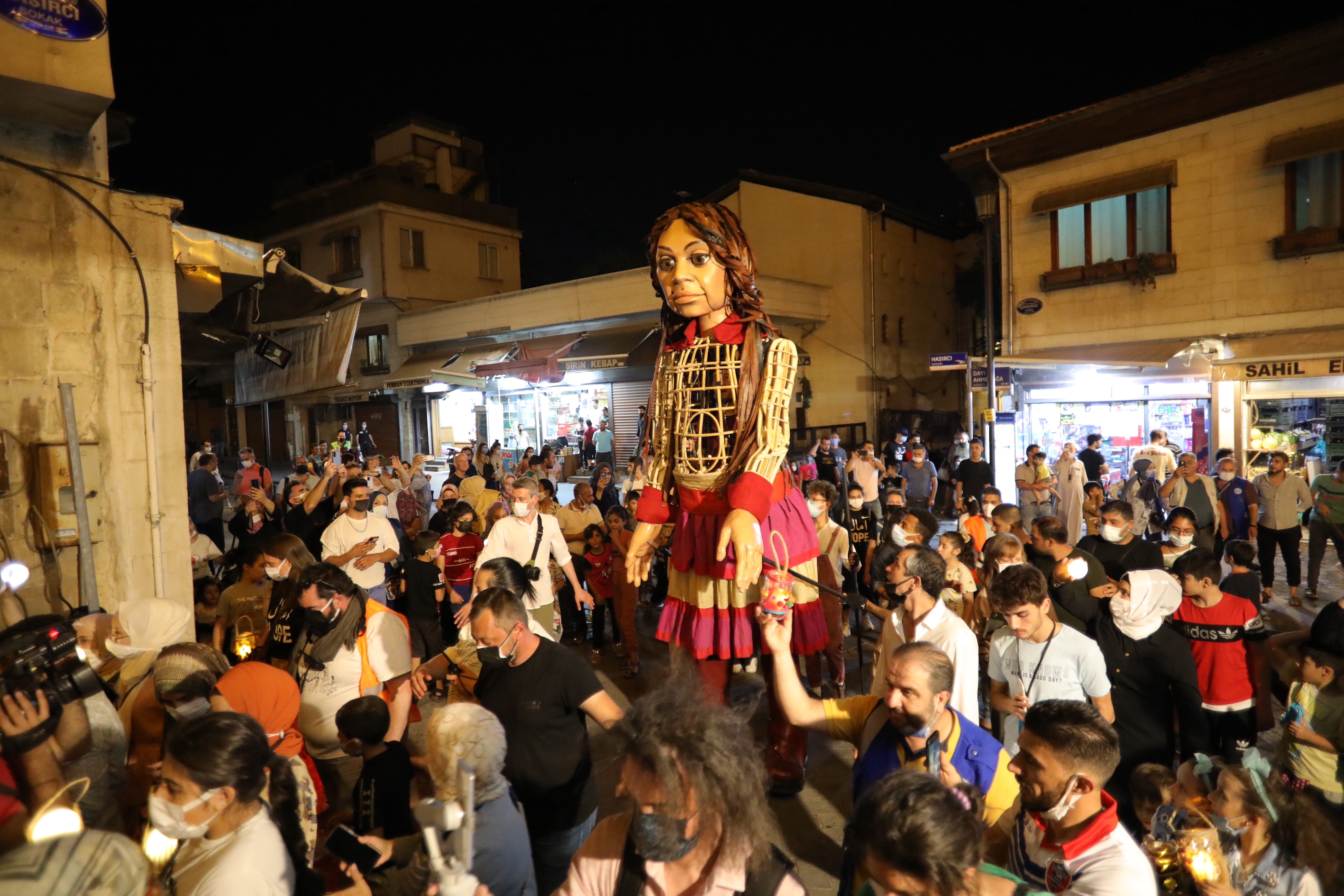 Little Amal steps out on her 6,000 mile journey for refugees

Little Amal, the 10-foot tall puppet portrayal of a nine-year-old Syrian refugee girl, last night began her 6,000 mile journey from Gazuantep on the Syria-Turkey border to the UK, arriving in Coventry as part of the City of Culture celebrations and ending it in Manchester on November 3.

Streets in the ancient heart of the city were lit by lanterns as she set off on her odyssey, delayed by three months because of Covid restrictions, in search of the mother she has been separated from, and she will travel via Greece, Italy, France, Switzerland, Belgium and Germany before arriving in Coventry in October.

Little Amal, made from moulded cane and carbon fibre, is operated by three puppeteers and a stilt walker who also animates her face.  There is a team of 11 puppeteers, including two from refugee backgrounds.

Coventry has a long-standing reputation for welcoming refugees and asylum seekers, it is a theme of its year as City of Culture, and Little Amal represents the millions of displaced children separated from their families.  Her urgent message to the world is “Don’t forget about us”, and The Walk has been produced by Stephen Daldry, David Lan, Tracey Seaward and Naomi Webb for Good Chance Theatre, the producers of The Jungle, in association with the Handspring Puppet Company, the creators of the War Horse puppets, and led by artistic director Amir Nizar Zuabi.

The Walk brings together artists, m cultural institutions, community groups and humanitarian organisations as well as municipalities, civic and humanitarian organisations, faith leaders and schools http://www.walkwithamal.org/friends/. The project is accompanied by an education programme and activity pack which can be downloaded at http://www.walkwithamal.org/education/activity-pack/.