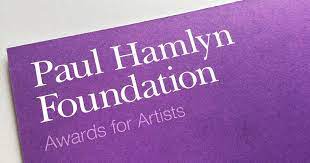 Hamlyn’s £1m for artists and composers

The Paul Hamlyn Foundation is sharing £1m between 40 visual artists and composers in its latest Awards for Artists list.

The visual arts recognised this time include sculpture, installation, performance and film, while music genres range from classical to experimental to jazz and folk.

Composers and visual artists have been particularly hard-hit with the pandemic making it extremely difficult to earn.

Jane Hamlyn, Chair, Paul Hamlyn Foundation said: “In the face of this ongoing crisis we decided to remove the competitive element of the awards and support a larger number of artists” said Jane Hamlyn, chair of the foundation. “The result is an incredibly diverse group which we are delighted to be supporting, helping to provide some financial stability and allowing them to thrive during one of the toughest years for the arts.”