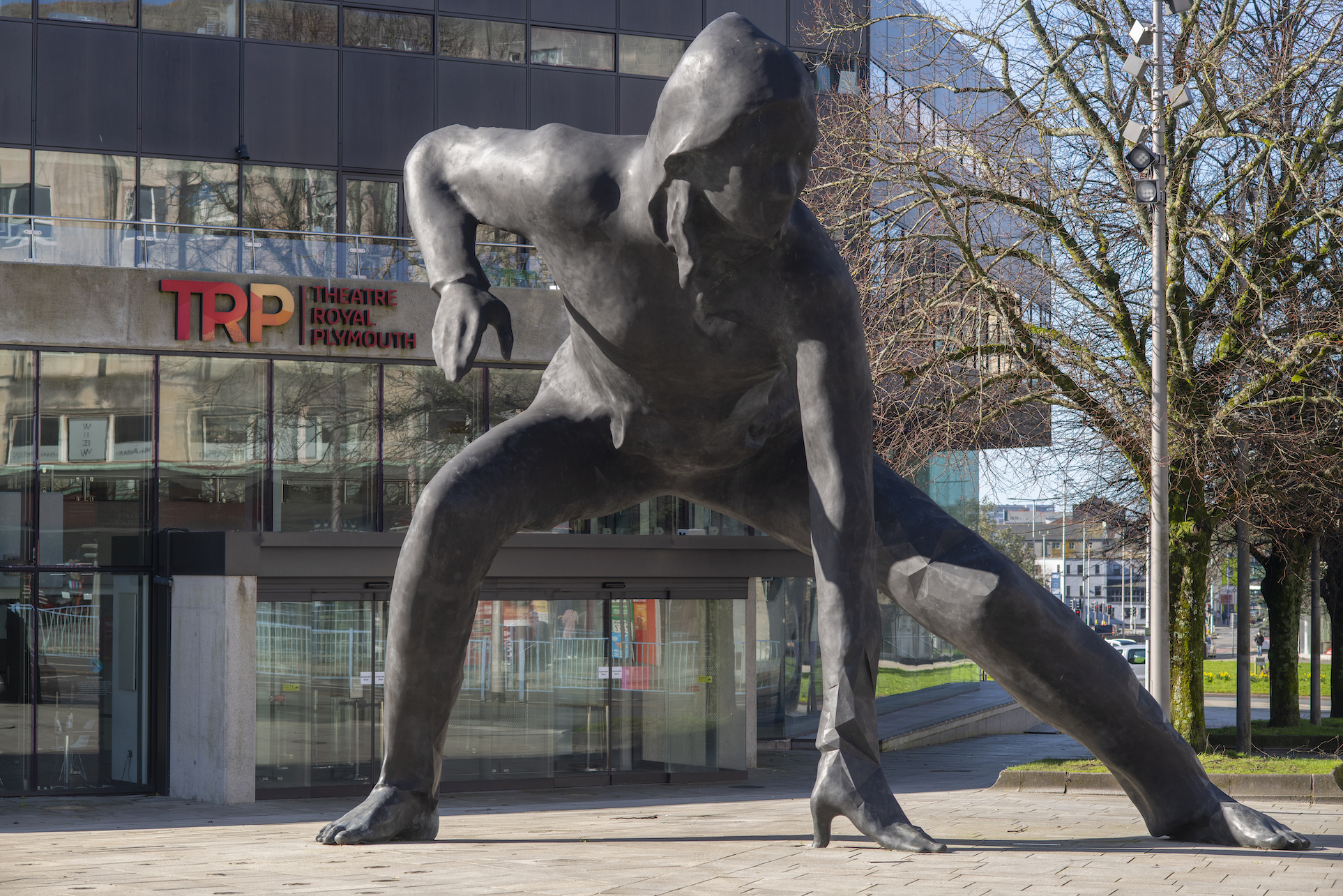 Plymouth’s gigantic bronze sculpture, Messenger, installed outside Theatre Royal Plymouth in 2019 inspiring a minor storm of criticism, is to be the subject of a Sky Arts documentary, voiced by Dawn French.

The seven-metre tall 9.5 ton figure sculpted by the Cornish artist Joseph Hillier is a dynamic portrayal of a female figure, based on a pose struck by the actor Nicola Kavanagh while she was rehearsing Othello at the theatre in 2014. Critics called it misogynist, rude and sexist, but Kavanagh said it was against usual perceptions and that some people were afraid of change. “Maybe men, women, humans in general are used to things being done a certain way” she said. “Something like Messenger messes with people’s perception”.

The documentary on the process of the sculpture’s creation and the reaction it generated is to be aired on Sky Arts on August 24.

‘It’s the tale of how a major piece of public art polarised the city of Plymouth sparking controversy and creativity in equal measure” said Adrian Vinken, CEO of TRP who commissioned the piece.

“The film captures the early inspiration behind what became the largest cast bronze sculpture in the UK and the subsequent noisy and spirited public debate and objections it provoked.  The story follows the remarkable process of Messenger’s creation from modern digital design and pattern-cutting technology to a 6,000-year-old lost wax casting process in a forge in rural Wales, and then to its final triumphant arrival into Plymouth from the Atlantic Ocean.”