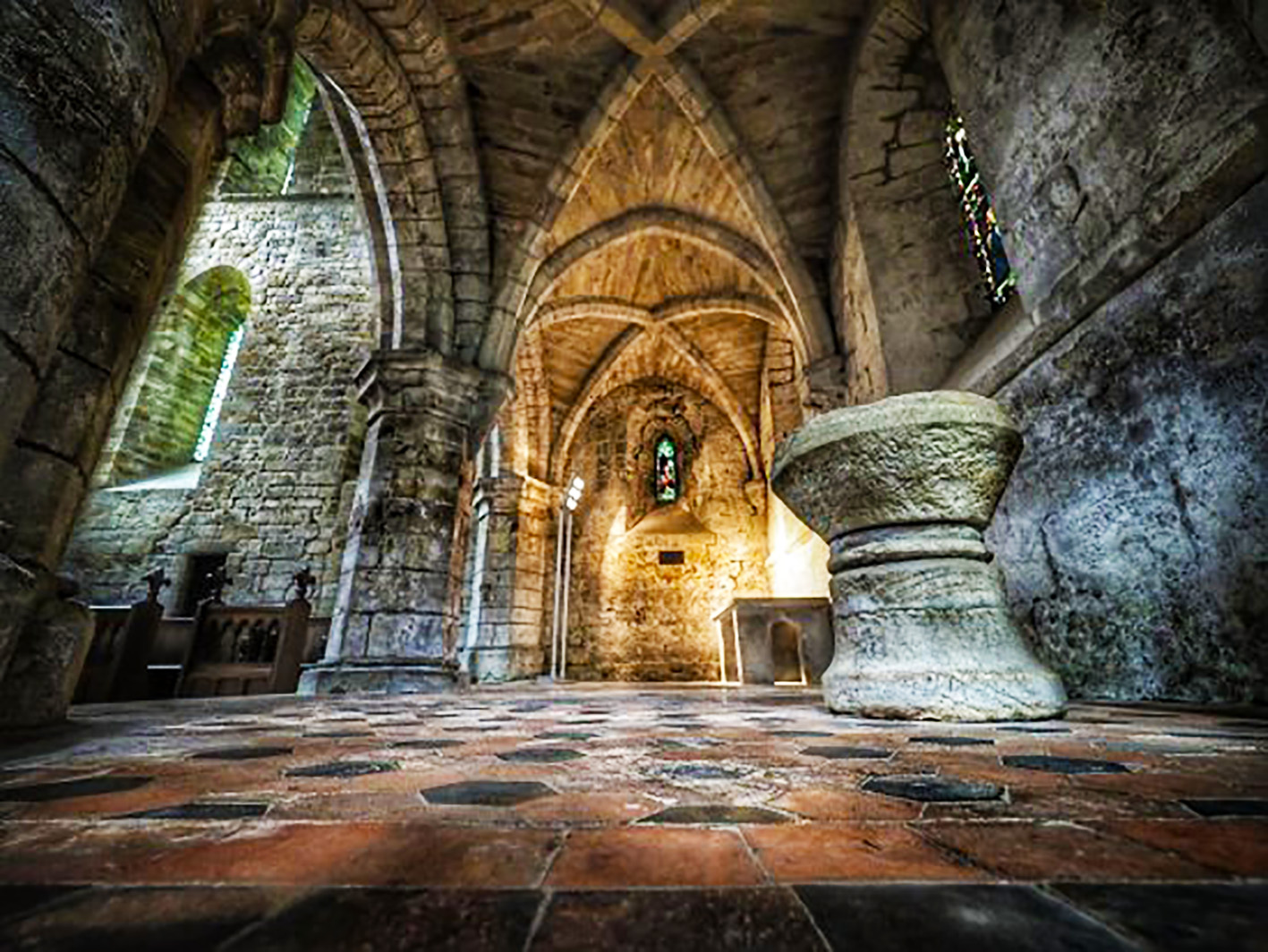 English Heritage has launched an “hour of contemplation” at 16 former monasteries to give visitors a sense of their original tranquil atmospheres as an antidote to the effects of the Covid lockdown.

Starting today and for a month visitors will be encouraged to turn off their mobile phones, stop conversations and keep an hour of contemplative quiet at the end of the day.

Actor Stephen Fry has recorded an introduction, available from the English Heritage website, which includes a reading from St Aelred, a 12th century abbot of Rievaulx Abbey in Yorkshire, who wrote of the abbey: “Everywhere peace, everywhere serenity and a marvellous freedom from the tumult of the world”.

“For those who lived there, these monastic buildings offered an opportunity to live the heavenly life here on earth, and discover a spiritual inner peace” said Michael Carter,  English Heritage’s senior properties historian. “Throughout the centuries people have turned to the monasteries now in the care of English Heritage as havens of contemplation and places of spiritual and physical renewal. With many people having experienced a very difficult past 18 months, we’re inviting visitors to escape from their cares for a short time, using the quiet, the sound of the bird song, the rustle of the wind in the trees to contemplate and free their minds and spirits of the busy, noisy, demanding distractions of contemporary life.

“In a modern world, where people are constantly rushing and expected to be at the end of a phone 24/7, we often find silence disconcerting. It’s important sometimes to take a step back, centre yourself and focus on appreciating the peace and tranquillity that is unique to these historic buildings – monuments to the human spirit and the divine, our ongoing quest for inner peace and fulfilment.”

The buildings taking part are: