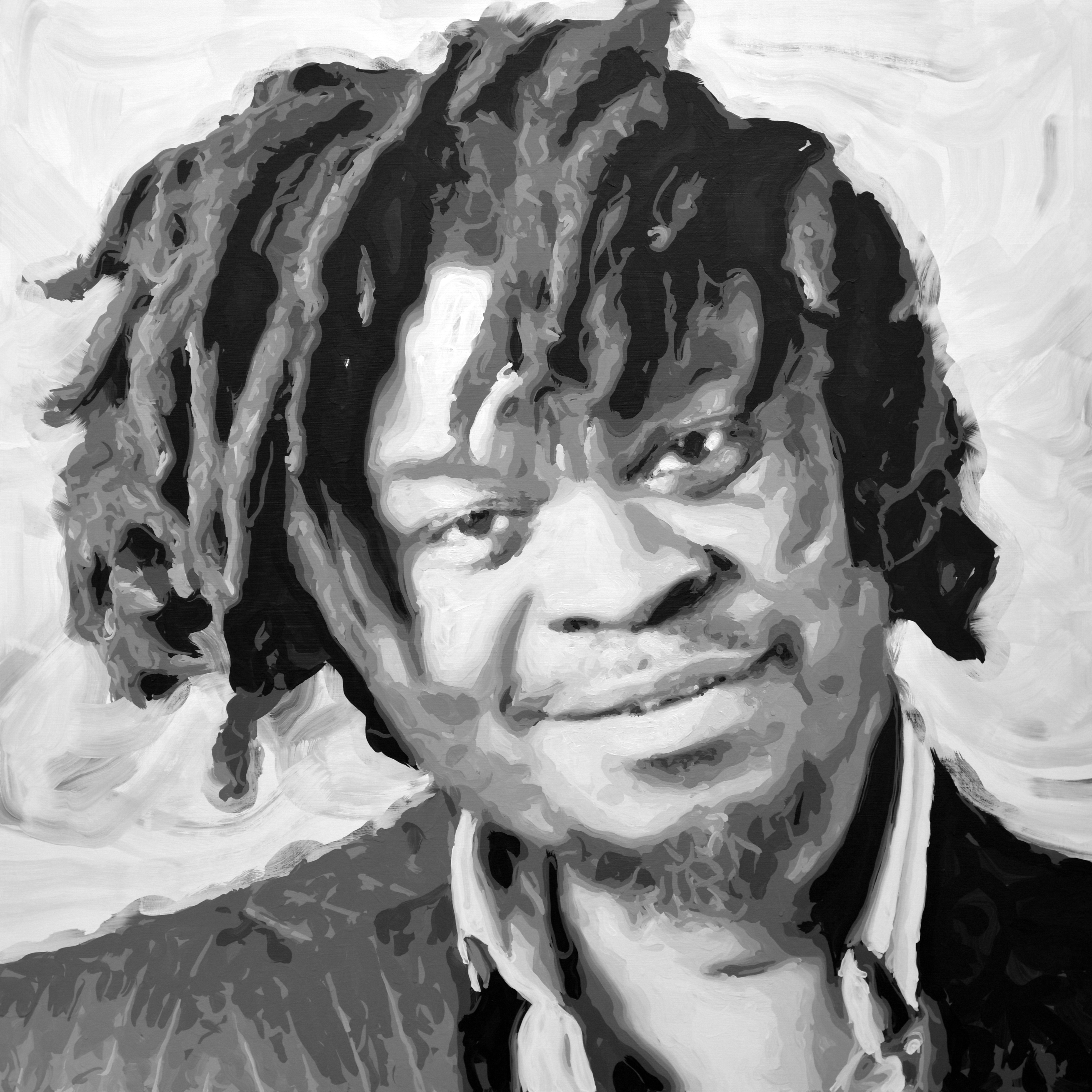 A portrait of the artist Yinka Shonibare is the first robot painting to be selected for the Royal Academy’s annual showcase of contemporary talent, the Summer Exhibition.

The black and white portrait, whose price tag is £24,000, is credited to husband and wife Rob and Nick Carter and is the result of a collaboration by the artists, known for their experimental work, with software programmers and visual effects experts to create Yinka Shonibare Robot Painting. Shonibare is the RA’s co-ordinator for the Summer Exhibition which opened this week and runs until January 2. 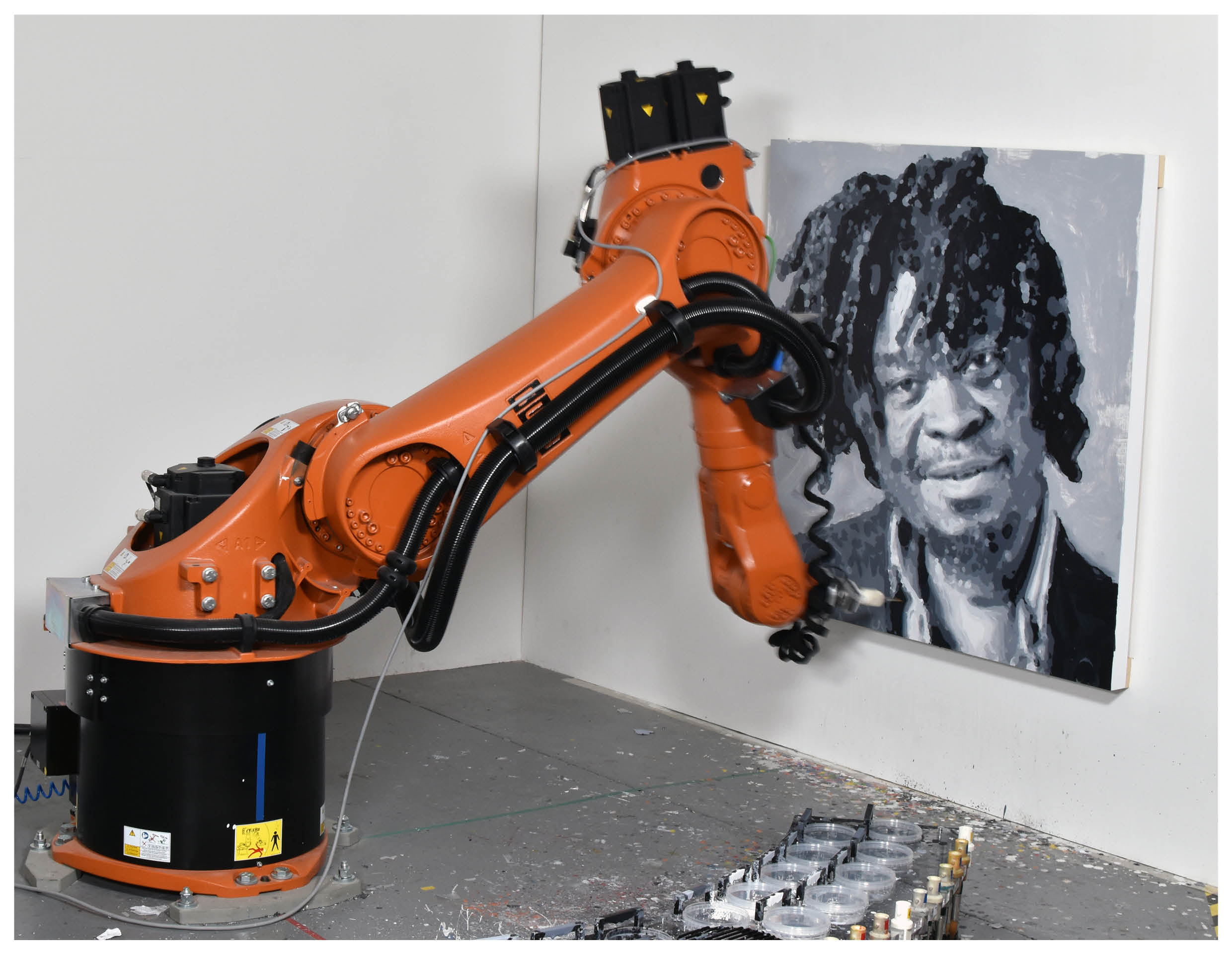 The Carters were intrigued by whether a machine could become a painter - could it convey human qualities such as personality? Over months of experimentation they worked with programmers to create a code whereby a robot could paint both loosely and in detail, exploring whether fast algorithms and moving parts could combine to make a new creative paradigm, and still be faithful to the intentions of the artist.

The painting is part of the Carters’ Dark Factory Portraits, a series which takes its name from lights-out manufacturing where factories can function in the dark because robotic systems do not need to see what they’re doing. Earlier in the series, shown at the Ben Brown Gallery in Mayfair last year, have been portraits of Frida Kahlo, Andy Warhol, Yoko Ono and Damien Hirst.

“We have been working with our robot for four years now and cannot believe what we have achieved” they said. “This is a world's first, from blank canvas to finished painting the portrait is untouched by human hands. We loved making this portrait of Yinka, an artist whose work we very much admire."