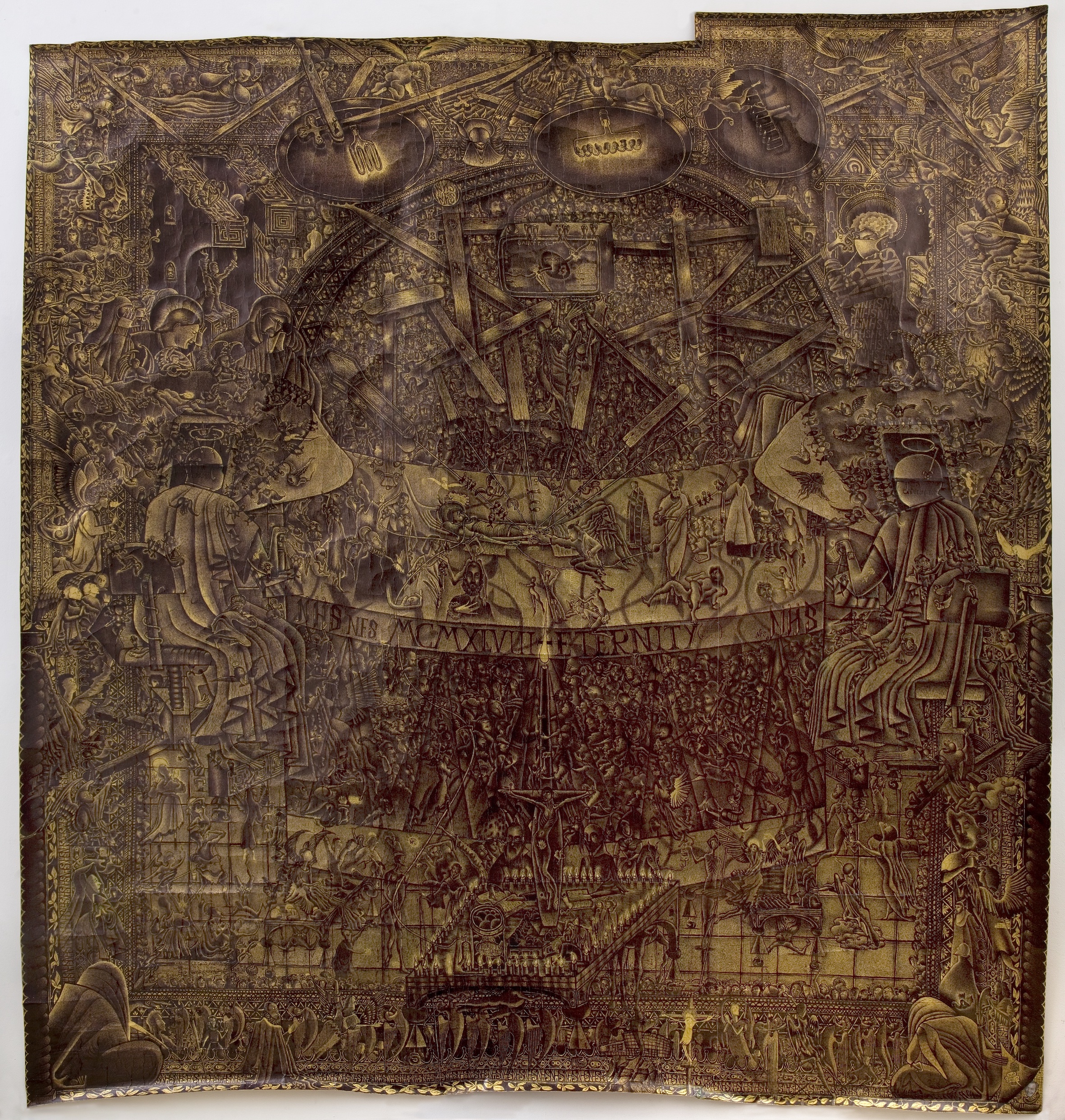 One of the UK's most prestigious annual awards for drawing, the Trinity Buoy Wharf Drawing Prize, has been won by this infinitely detailed picture drawn on paper in ballpoint.

Gary Lawrence received the first prize of £8,000 for the work, Ye Olde Keyhole Surgery. It was one of 3,300 entries from 1,673 artists in 46 countries, with 114 works by 88 artists being shortlisted. The winning drawing was inspired by a medieval icon featuring the Virgin Mary lying on her death bed, which reminded Lawrence of an operating table, borrowing from both religious imagery and modern healthcare.

Second prize of £5,000 to David Haines for Dark Balloons, and the Working Drawing Award of £2,000 was won by  Zahra Akbari Baseri for her drawing, Sara. The student `ward of £2,000 went to Gabriela Adach for a hand-drawn animation, El Duende.

The judging is by a new panel each year and the works are presented the judges anonymously. Even so , this is the fourth time Lawrence has won an award in the competition and the first prize twice.