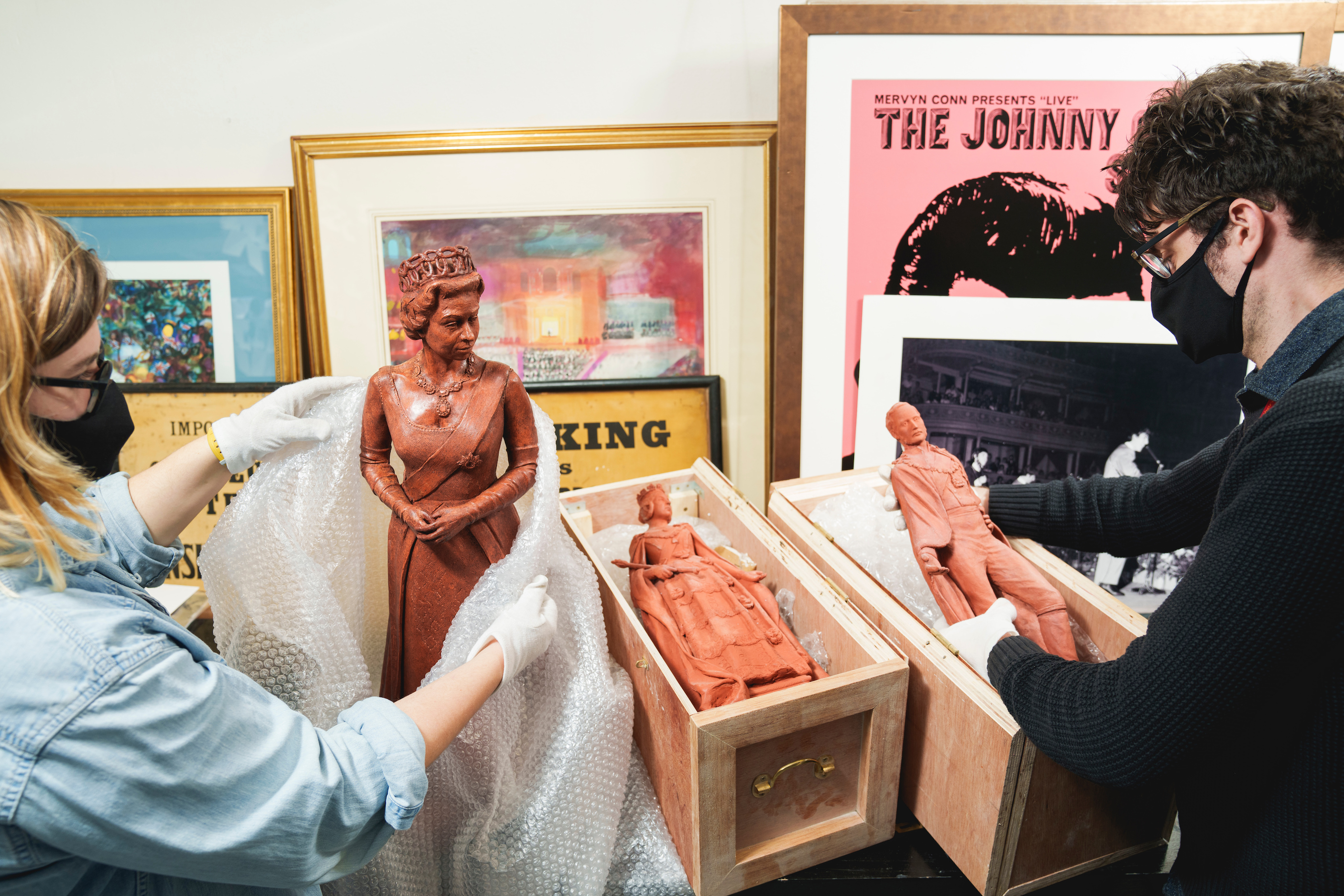 The Royal Albert Hall has commissioned sculptures of the Queen, Prince Philip, Queen Victoria and Prince Albert from four young artists to mark its 150th anniversary.

The bronze lifesize figures will fill empty niches in the hall’s north and south porches which have stayed empty since it was opened in 1871. They will be unveiled next summer.

The sculptures, commissioned by the Queen Elizabeth Scholarship Trust, a charity dedicated to supporting British craftsmanship, are by Poppy Field, Tom Brown, Tom Nicholls and Josh Locksmith, all supported by the QEST. The hall had been the brainchild of Prince Albert as part of the cultural estate he established at South Kensington following the Great Exhibition of 1851.

“The hall is in our temporary stewardship, and it’s our duty to ensure it is here to inspire generations to come” said the hall’s president, Ian McCulloch. “As well as launching artistic and engagement programmes as part of our 150th anniversary celebrations, we wanted to commemorate the milestone with something tangible, and these sculptures will finally complete the façade of our glorious Grade I listed building.

“This anniversary gives us the opportunity to recognise the enduring support of our royal patrons, and leave a legacy of public art of a high quality and craftsmanship, for which we are honoured to commission the QEST scholars.”