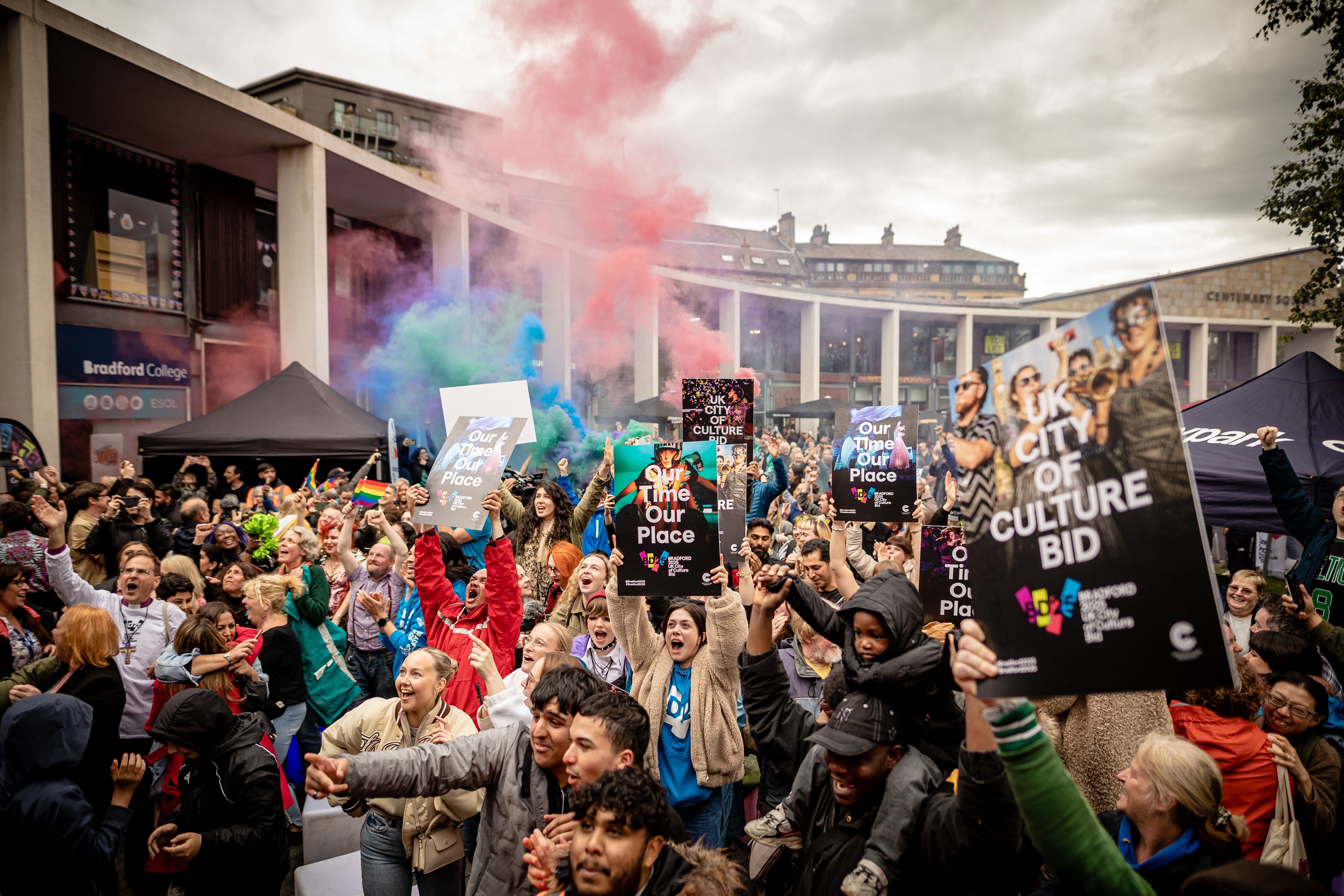 Bradford is to be the UK City of Culture for 2025, beating shortlisted County Durham, Southampton and Wrexham County Borough to the title and succeeding the holder, Coventry.

The winner was announced last night by culture secretary Nadine Dorries. “Art and culture should be accessible to everyone and this prestigious title will help Bradford deliver unforgettable events for communities on their doorstep” she said. “Coventry has shown us how powerful the UK City of Culture title is at boosting investment, attracting visitors and leaving a lasting legacy for local people.”

Bradford will receive £275,000 in initial seed funding as it develops its plans for 2025. The other three short-listed cities will get £125,000 each to help them realise some of the projected programmes in their bids.

In its bid Bradford pledged to deliver more than 1,000 new performances and events, including 365 artist commissions, a series of arts festivals and national and international collaborations. Its themes, said the bid, will be rooted in the unique heritage and character of Bradford, its people, its ambition and its potential.

“This fantastic result is down to the ambition, belief and hard work of thousands of people across the district who were behind our bid” said the chair of Bradford 2025, television presenter Shanaz Gulzar. “We are thrilled that Bradford district has been chosen as the next UK City of Culture. This is a huge opportunity to celebrate our extraordinary cultural heritage and for our young, diverse population - who have been so involved in shaping our bid - to become leaders and changemakers and begin a new chapter in our story. Bradford has been overlooked and underestimated for so long. It’s our time to shine.”

Preparations for Bradford 2025 have generated a new confidence in the area’s creative sector which has secured £2 million for The Leap, the city’s creative people and places programme, and £1.5 million for Bradford Producing Hub, one of only two pilot projects in the UK receiving funds to develop local talent. Earlier this year saw the launch of The Unit in the city, a new resource for filmmakers, a partnership with Bradford Council backed by Channel 4 as part of its ongoing partnership and investment in the district which is a ten-year for the screen sector in the district.

The title is awarded every four years and previous winners have been Derry-Londonderry, Hull and Coventry.