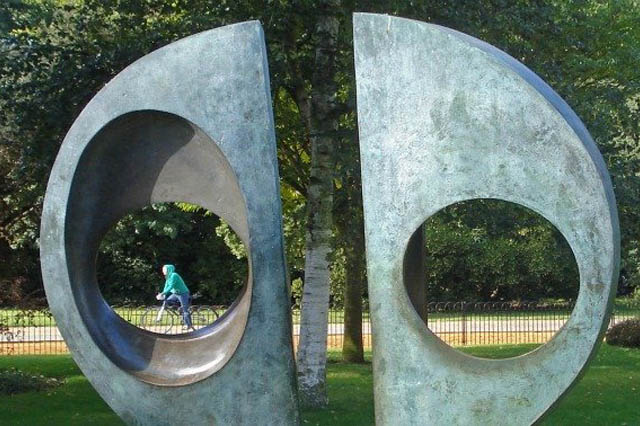 The heritage organisation says that a growing number of sculptures, architectural friezes and murals – made between the Second World War and the mid-1980s - have been destroyed, sold, lost or stolen.

Research conducted by Historic England and other bodies, shows that a “worrying amount” of artwork has gone missing from the streets, housing estates, work places, shopping centres and schools for which the art was designed. Many of the works have been destroyed completely.

Since they were installed from the early 1950s onwards, works have been vandalised, destroyed, sold and stolen. The price of scrap metal, the need for many public bodies to fill funding gaps, pressure from redevelopment, and vandalism, are all reasons why this national collection of public art is being eroded.

They include a bronze Henry Moore sculpture stolen to order for its scrap value, an abstract sculpture by Barry Flanagan in Cambridge that was vandalised beyond repair. Others have been sold, including a seven metre long steel structure by Bryan Kneale that was sold at auction last year, these public artworks are vulnerable and need protecting. In 2012 Wakefield Council went as far as to remove its Henry Moore from public display and put it in secure storage because of the spate of thefts.

Chief executive Duncan Wilson has issued a call for local and national authorities and the general public to provide Historic England with evidence and photographs from the public to help track them down.  The resulting information  will form the centrepiece of a major exhibition at Somerset House in London, as part of its Utopia Season.

“Part of England’s national collection of public artworks is disappearing before our eyes,” said Wilson. “Historic England’s research is only the tip of the iceberg as it’s almost impossible to trace what has happened to every piece of public art since 1945. What we do know is that this art work was commissioned and created for everyone to enjoy, and it should remain accessible to all. We’re making efforts to protect the best examples of Post-War public art that still exist, and make sure that it continues to enhance the public realm. But we also want to raise awareness of just how vulnerable these works can be and we want the public to help us track down lost pieces.”

The exhibition  “Out There: Our Post-War Public Art” will run from 3rd February to 10th April 2016.   A list of works that have been lost, sold, stolen or destroyed can be found www.historicengland.org.uk/missingpublicart