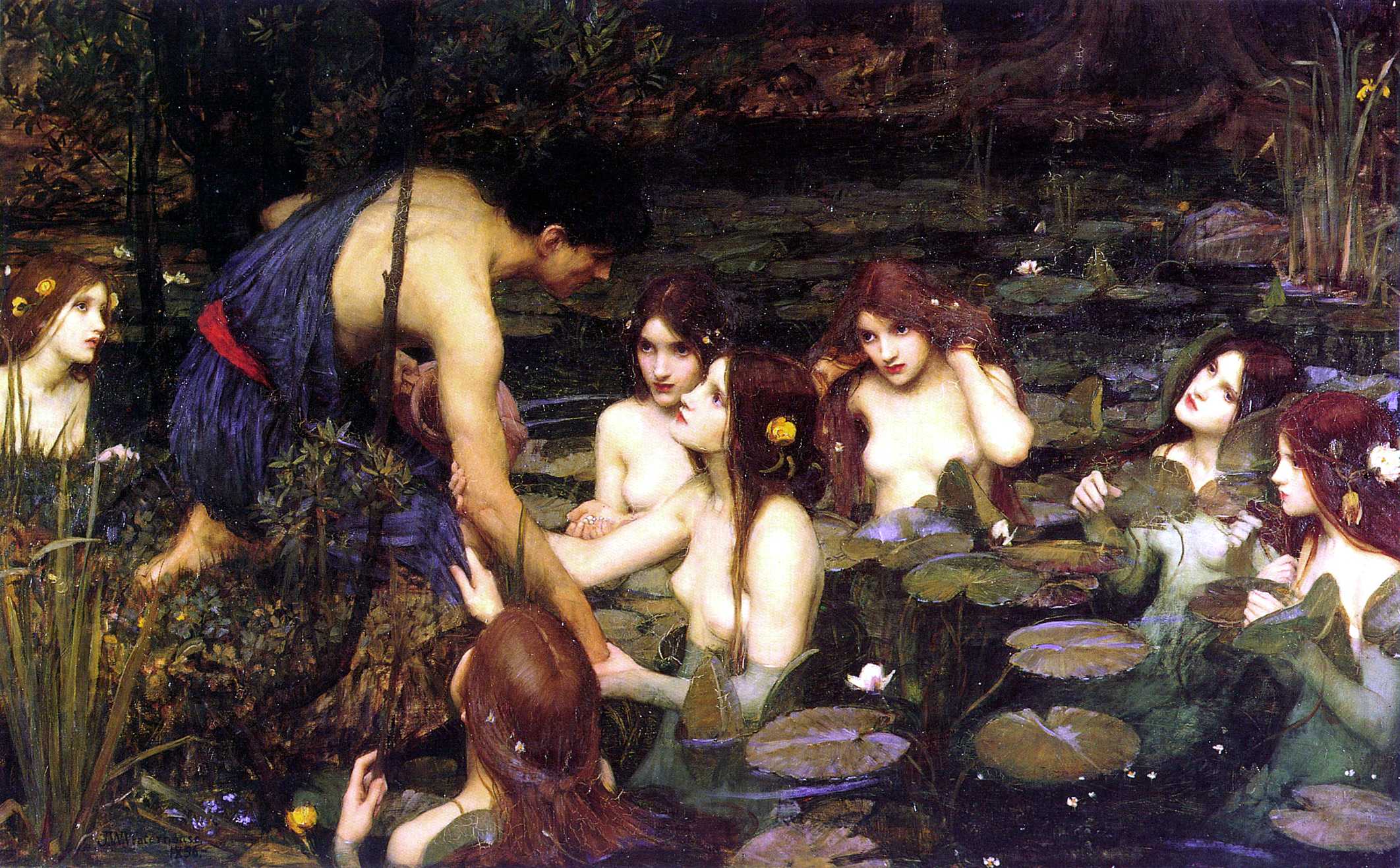 Hylas and the numpties

I don’t know if it’s still there, but on the V&A’s cast of Michelangelo’s David in the Cast Courts there used to be a tiny brass hook above the hero’s pudenda; on the wall behind there was a plaster fig leaf provided by curators which could be hung on the tiny brass hook in case Queen Victoria happened to look in one day.

I was reminded of it by the extraordinary action this week of Manchester Art Gallery removing John Waterhouse’s Hylas and the Nymphs, a rather chaste depiction of half a dozen water nymphs accosting a young man trying to scoop some water into his jug from their pond. The reason, says the notice in its place, is “to prompt conversations about how we display and interpret artworks in Manchester’s public collection”.

Whether there was ever a conversation about David’s Dong in the 1890s, or whether the fig leaf was ever called into service, I don’t know, but perhaps we should start one. And make complete prats of ourselves.

No doubt postcards of the painting were sold by tobacconists in Soho in its day, and unattached soldiers of the Queen in the Transvaal had their own creased and grimy engravings in their breast pockets to peruse in the moments between Boer sniper attacks, but none of the prudish Victorians called for its expunging for fear of innocents having their sensibilities violated. The truth is, the nymphs look decidedly unenticing, looking more eager for a fluffy warm towel and a cup of hot sweet tea than a plashy frolic in the chilly mere. And you can’t get a postcard of the picture in the gallery shop, either.

But where has this odd piece of anachronistic censorship come from? The curator of contemporary  - yes, contemporary - art at the gallery, who was responsible, says it’s not gone for ever, and that its removal is not to censor but to provoke debate. It’s a short step to the actual current debate about powerful men taking advantage of vulnerable young women in showbiz, then politics, then the boardroom and then – as AI reveals in Clare Finn’s article – even behind the scenes of art galleries. That is nasty; so is the bullying on the internet; so is website porn. Waterhouse’s perishing maidens are not, weren’t in 1896 when the thing was painted, aren’t now.

The curator said the painting is about male artists pursuing women’s bodies, so that’s her part in the debate established. Waterhouse would probably say it’s a history painting of a famous tragedy from the Argosy – Hylas, actually the lover of another of Jason’s warriors so probably not likely to be a very willing participant in these sirens' seduction, was never seen again.

So as to who is being offended here seems to be a matter of choice. Parents of impressionable girls, or boys? Gentlemen who would rather their fantasies were not made public? Feminists who think the young models were being pruriently exploited by Mr W? Realists who think Romantic art has no place in our harsh modern world? Or is there something about Mancunians that they are shocked by an image the Queen Empress herself didn’t have a problem with?

Not very likely, but what has happened is that for an undisclosed season the visitors to the Manchester Art Gallery are going to be deprived of seeing quite a famous, pretty, decidedly unerotic, Victorian painting. Time to hook up the fig leaf, just in case?