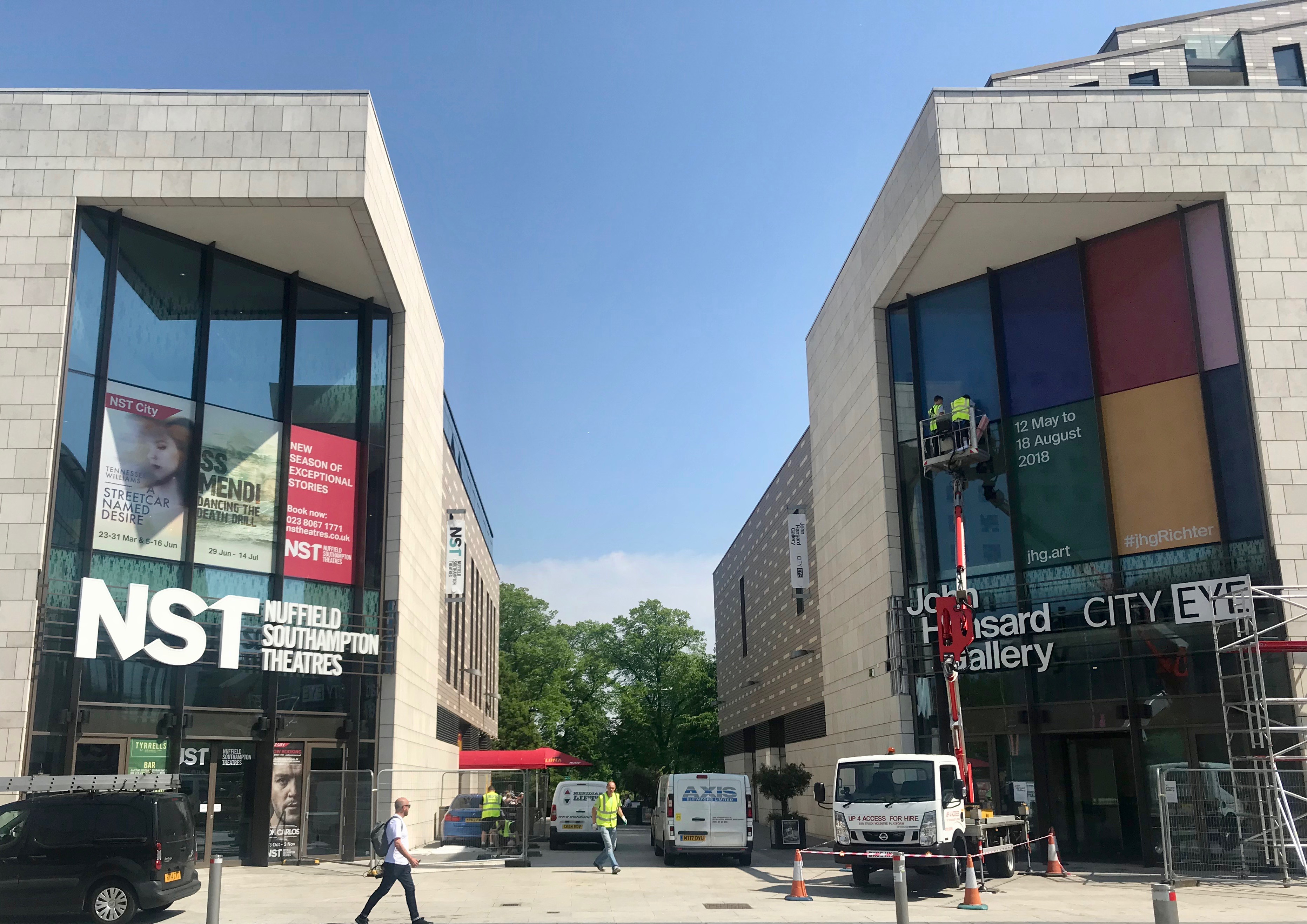 TaitMail The local enterprise partnership that isn’t an LEP

The John Hansard Gallery opens on Saturday in its splendid new city centre premises, just over a year late.

It’s awkward, it's meant rejigging the exhibition programme and the show that should have been a triumphant valedictory to the outgoing director, Stephen Foster, is not happening till later on in the cycle and Foster has now been retired a year. There is, I’m assured, no particular reason for the slippage, except that different designers for the interiors and exteriors are inclined not always to see eye to eye, and the bureaucracies involved suggest they’ve done well to calibrate their different agendas to get it open by now.

But it doesn’t matter. It's a triumph that no-one dared believe could happen till a couple of years ago, having had a decade of talk, meetings in private houses, phone calls to old friends, all shored up by a political will that seems glaringly lacking on the national scale.

Studio 144 as the whole development is called – the university campus’s Basil Spence designed Nuffield Theatre is still there but now has a separate venue next to the gallery in Guildhall Square that opened ahead of it in February at NST2 – is a model of that new thing in the arts, partnership. In this case it’s an extraordinary mix, all aimed at creating a cultural quarter around the rather sedate square. The cultural quarter already partly existed, with the City Art Gallery in a corner of Guildhall Square, the SeaCity Museum which opened in 2012, the Showcase Gallery, the O2 Guildhall performance venue opposite Studio 144 that is part of the civic suite, and the 2,300-seater commercial Mayflower Theatre, all nearby.

The Studio 144 deal has been brokered by the Southampton Cultural Development Trust, set up to steer a cultural shift in the city and through the arts develop Southampton’s potential for economic and social progression. They knitted together Southampton City Council, the University of Southampton, Arts Council England and the developer, Grosvenor plc, to bring the thing about.
But the idea goes back all those years to when it first sparked in the university which had effectively left the city centre in 1919 and wanted to get back, with sympathetic noises coming from some councillors. The fact that there were seven different administrations for the city in that time could, perhaps should, have meant the thing being long dead by now, but it was kept alive with the positive response of the developers when they set about a £40m redevelopment on the square opposite the Guildhall.

The lesson is that here is a local enterprise partnership that isn’t a Local Enterprise Partnership – there are 38 LEPs now around the country, alliances of local and regional businesses and the public sector. LEPs are about getting new homes built, levering private investment, supporting small businesses, job creation and education support, but few have much to do with the fastest growing sector in the country, the creative and cultural one. The network has a management board and a small staff, no members of which appear to have any cultural background.

Southampton has proved that cultural enterprise partnerships can work, and the winding in of a university into the partnership is becoming a familiar factor – in Middlesbrough, to give one other example.

So despite the John Hansard Gallery being late, it’s showing that it is time for the creation of a national network of cultural enterprise partnerships that combine the expertise and resources of different elements of local and regional life, not just for single projects but, like Southampton Cultural Development Trust has, a rolling programme.

This lets local authorities scale down their traditional funding of the arts without looking like philistines and still growing the cultural economy, and the Arts Council to step in its preferred role these days, broker rather than core funder.