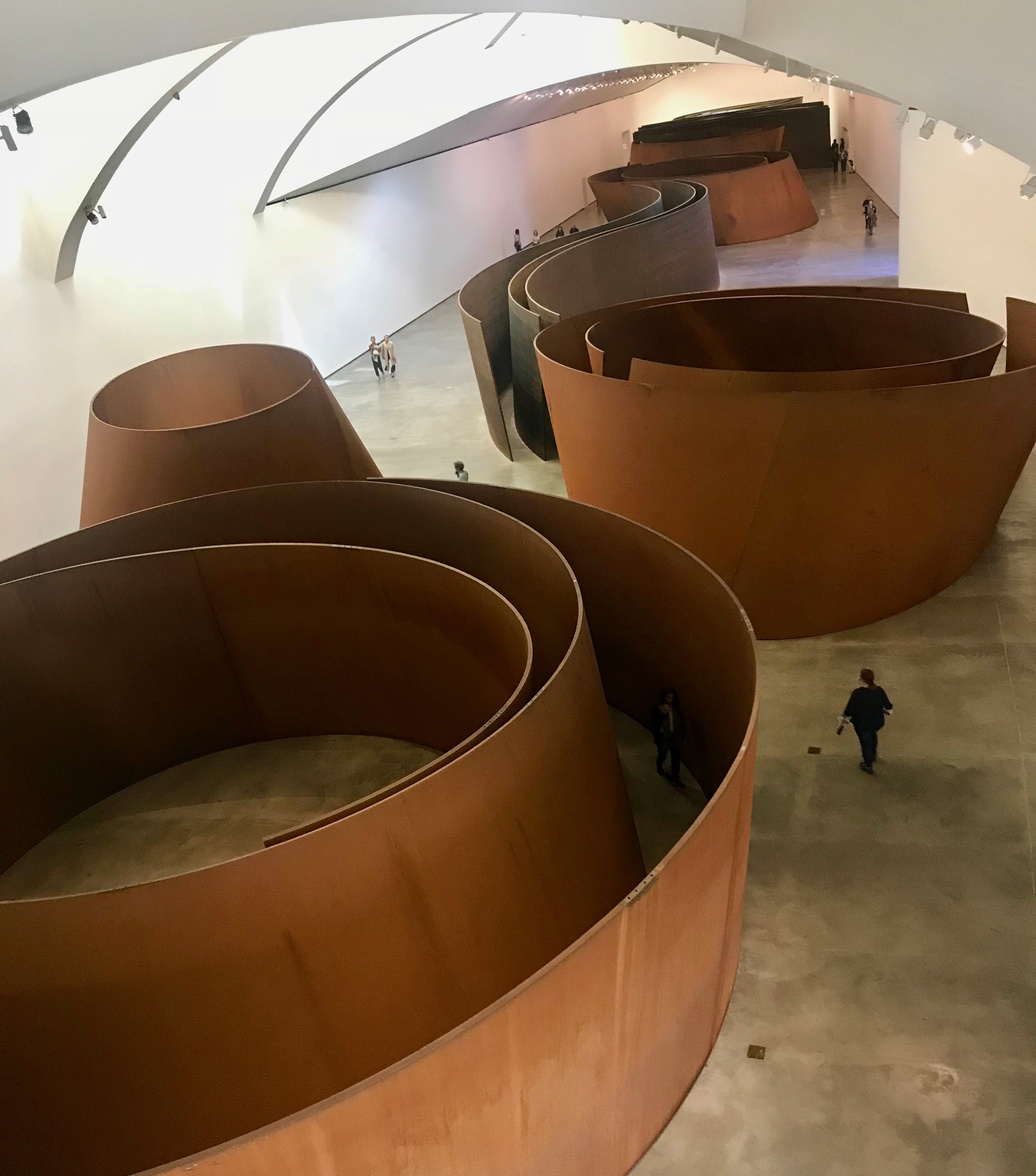 It’s almost 21 years since the Guggenheim Bilbao opened, controversially and changing museum aspiration for ever. It was paid for by the Basque government, looked like nothing anyone had ever seen before, and after it opened every city wanted one.

It was controversial because of the hundreds of millions of dollars the Spanish authorities in a poor part of the country threw at Guggenheim and the architect, Frank Gehry; because it was not what an art gallery is supposed to look like; because there was no collection to put in its vast exhibition space, it would have to rely entirely on touring shows; and, being such an off-the-wall design, it broke a cardinal rule, that an art gallery’s architecture must not in any circumstances dominate the art it is there to display.

The purpose for the Basque funders was to revive Bilbao, a once important city whose prosperity melted in the 1980s when its port lost its trade and became derelict, and the leap of faith that culture could be the thing that brought the area back to life, and the city with it, is astounding. 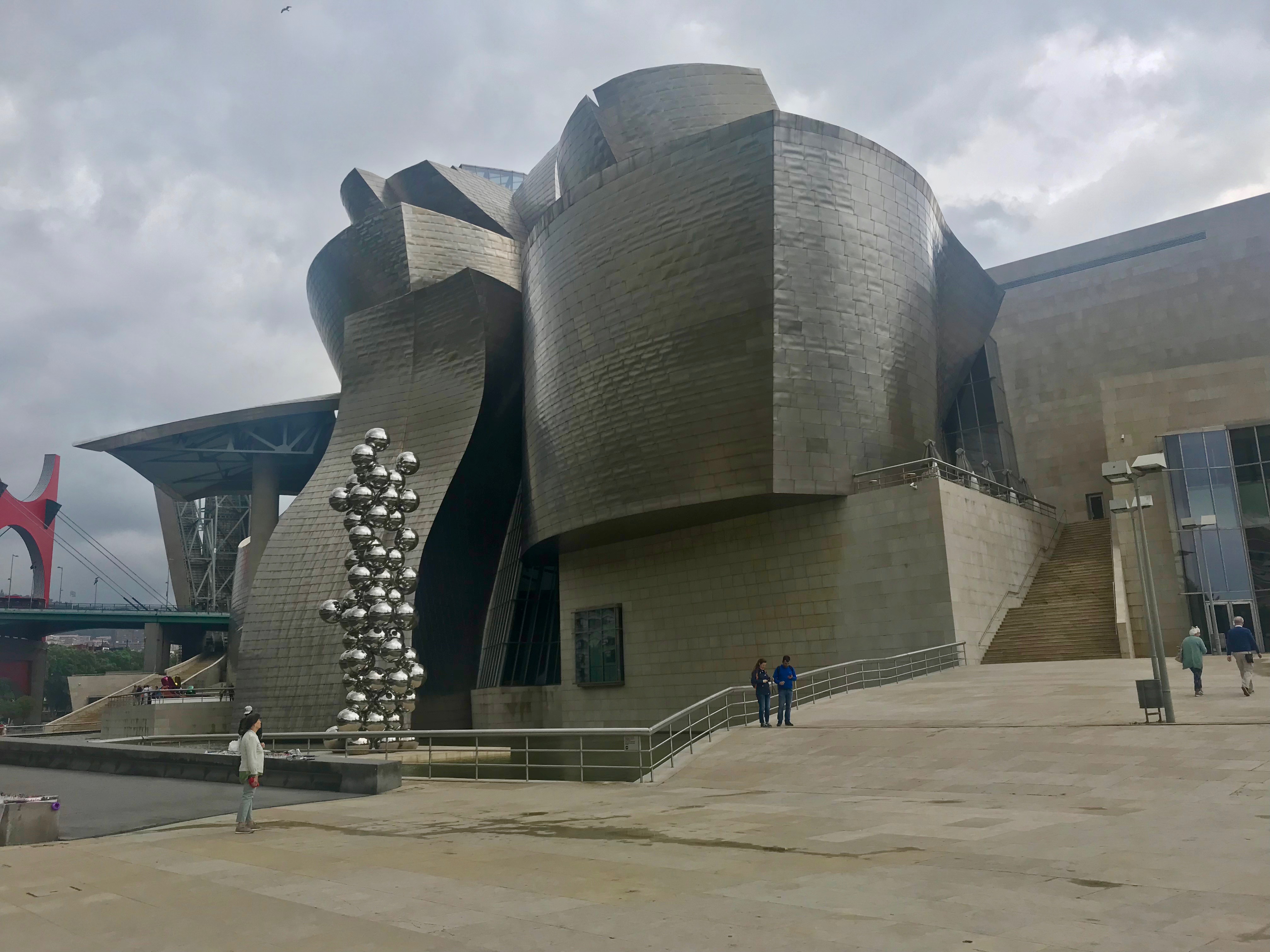 The Guggenheim Bilbao is now one of the most visited art sites in the world, and as for the financial gamble it has more than paid off, earning more the €500m in its first four years. Last year it had a record 1.3m visitors. The expectation was that the presence of the Guggenheim would encourage more cultural enterprises to spring up in Bilbao, but they don’t seem to have: the Gugg has been enough to bring the crowds, who go on to discover the food, the Basque architecture, the seemingly endless fiestas. The Gugg is Bilbao.

In 2015 the galleries were “refocussed” so that on the top floor there is now more room for the permanent collection that has been developed, letting the curators get more didactic with The Foundations of Today’s Art: Kieffer, Richter, the abstract expressionists, the pop artists. If you go now you can see 80 Chagalls that relate to just 15 formative years PLUS an enormous exploration of Chinese art around the Tiananmen Square incident. Even the new spaces in the Royal Academy couldn’t run to that - and wouldn't, anyway, do the difficult Chinese show because it has no subsidy and has to have money-making shows, which Art and China after 1989 isn’t.

Our National Gallery is subsidised, but it physically couldn’t put on half the Chagall show because it missed the opportunity with the Sainsbury Wing to have a proper temporary exhibition gallery, and instead is a neo-classical barn that is nothing if not deferential to the art it contains. At Tate Modern, the Turbine Hall is a fortuitously large though inflexible space in this converted building, but its galleries are pokey by comparison with Bilbao; the new Switch House is another lost opportunity, ten floors of which two are for art. Nowhere other than Bilbao could you come across almost by accident a work of art as stupendous and moving as Richard Serra’s The Matter of Time, seven of his works of undulating 18ft steel walls together in a kind of lofty crypt, permanently there.

The Gugg triumphantly breaks the rules, a characterful building that makes itself known to you all the time – except when you're looking at the art, to which it behaves like a custodian, not a guard.

For 21 years everyone has wanted a Bilbao Guggenheim, no-one has ever succeeded in getting one, and what was a folly now commands universal respect. Happy coming of age, King Gugg.