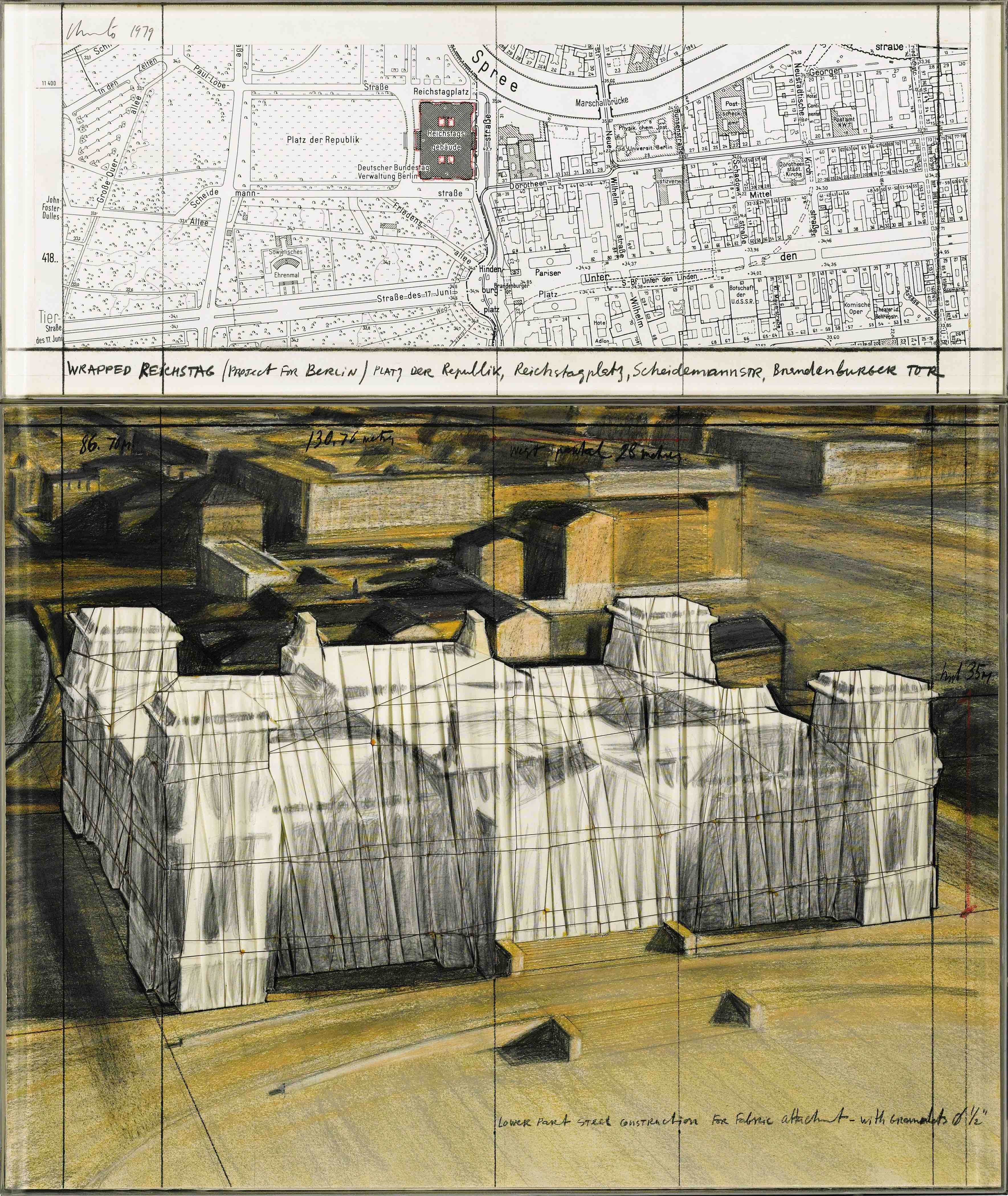 It’s Christotime in London with two important exhibitions opening one day after the other this week, one of which you will certainly be aware of, the other probably not.

Christo is not just unique, in artistic terms he’s a freak, or so it seems. His works are essentially ephemeral, leaving no trace when they’re gone. He came to fame, with his late wife Jeanne-Claude, transforming vast elements of topography and the cityscape by wrapping them in various materials and other interventions, most memorably concealing Berlin’s Reichstag in polypropylene in 1985. But before that there’d been Paris’s oldest bridge, the Pont Neuf, wrapped in polyamide fabric, and since, in 2005, The Gates, 7,503 gates made of saffron-coloured fabric adorning the pathways through Central Park in New York - it cost a reported $21m, had taken 26 years to realise and had the enthusiastic blessing of the then mayor of New York, Michael Bloomberg, who now happens to be chairman of the Serpentine Gallery.

You might think this is cultural showbiz, the emperor’s new clothes for the aesthetically idiotic, but this is serious art addressing artists’ age-old preoccupations with form, space and perception. It moves surrealism on.

Christo and Jeanne-Claude were born on the same day, met in Paris when they were 23 and he went to paint her mother’s portrait, and collaborated for the rest of their life together. Jeanne-Claude died nine years ago but at 83 Christo (born Christo Javacheff in Bulgaria) doesn’t seem to be flagging. He has never received any funding for his works, either in grants or sponsorship, and raises all the costs of his phenomenal realisations himself by selling the preparatory drawings of his work.

The big art story this week has been the appearance of Christo’s massive Mastaba floating on the Serpentine in Hyde Park, under the auspices of the Serpentine. It’s an enormous 600-tonne bundle of 7,000 painted oil barrels, and its name refers to its trapezoid shape which first appeared in Mesopotamia 5,000 years BC. It has cost £7m to make and Christo is thought to have raised it all by selling the preparatory drawings for it to a single dealer. Mastabahas also been a long-standing project of Christo’s and Jeanne-Claude’s, and his ambition is to make a much bigger one in Abu Dhabi for which he is already raising funds.

And those funds come from exhibitions like the one that opened at Stern Pissarro Gallery in St James’s this week (though Stern Pissarro has not funded any of the projects), where it’s no surprise to find six figure price tags . Here you can see how he does it, the thinking, the measurement, the choice of materials. Here is his vision of the Reichstag; of the eight-metre tall umbrellas, more than 3,000 of them, which were yellow in New York, blue in Tokyo; he had a plan to cover 42 miles of the Arkansas River in Colorado, Over the River, conceived in 1992 which had the support of Bill Clinton, the go-ahead from Obama and was scotched by Trump last year, but this is what it would have looked like. And there’s the incredibly complex attempt to draw a curtain across the Rocky Mountains, 14 kilometres of cloth, which was finally erected in August 1972 and was blown down 28 hours later. If you’ve only even seen the newspaper snaps of Mastaba, you’ll want to see this little show.

The exhibitions are contiguous, complimentary and not competitive, but if you go to the Serpentine Gallery don’t look for the “This way to Stern Pissarro” sign.

Perhaps it’s Christo’s own existentialist philosophy that’s to blame, that nothing exists outside the art you’re witnessing. “Do you know that I don't have any artworks that exist?” he once said. “They all go away when they're finished. Only the preparatory drawings and collages are left, giving my works an almost legendary character. I think it takes much greater courage to create things to be gone than to create things that will remain". Or exhibitions of them.

Christo and Jeanne-Claude: A Life Of Projectsis at the Stern Pissarro Gallery, www.pissarro.art, until July 2

Christo and Jeanne-Claude: Barrels and The Mastaba 1958–2018is at the Serpentine Gallery, http://www.serpentinegalleries.org/explore/exhibition, until September 9