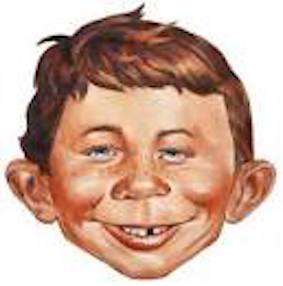 What, me worry, when Mr Wright has come along?

Who is Jeremy Wright, the headlines on Tuesday were asking.  For me, he bears an unnerving likeness to Mad Magazine’s Alfred E Neuman (a kind of 1960s Forrest Gump who only ever said “What, me worry?”), but he was the Attorney General and is now the seventh Secretary State for Digital, Culture, Media and Sport since 2010.

So he has entered the waiting room for a proper Cabinet job. Four of his predecessors are now Foreign Secretary, Home Secretary, Health Secretary and Northern Ireland Secretary, and he must be scanning the spaces above in the few months before the May administration staggers finally to its end. 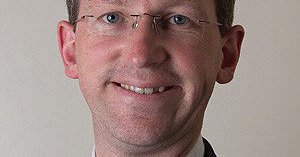 His qualifications to be an arts minster are practically nil – his mum was a music teacher and he once tried, in vain, to play the trumpet. His credentials to be in the new soft Brexit cabinet, however, are strong: he is a staunch May supporter who campaigned on the remain behalf in 2016. But the sight unseen criticism has been that he only activated his Twitter account the day after his appointment, therefore must be a technological bozo unequipped to cope with one of his predecessor’s preoccupations, social media abuse from Facebook to sexting.

How much does that matter? Not a great deal, probably: more valuable is that he’s a criminal lawyer whose forensic (in the sense of legal rather than detailed) brain rather than creative instincts or cyber savvy might be what is required over the next few months. He has to keep our fastest growing and most productive industrial sector safe.

The business secretary Greg Clark gets the importance of the cultural industries, if what he told the Creative Industries Federation earlier this year is anything to go by, and so did Wright’s predecessor, but the sector is seriously under threat from Brexit. The figures £92bn a year the CI pays into the economy should concentrate the mind. With May’s more swivel-eyed Brexiteers back in their box he and Clark might combine to ensure the preferential visas that allow our orchestras, dancers, theatre companies and designers to travel easily back and forth across the channel which will mean moulding the amorphous fudge that is the customs arrangement and movement of people clause in the White Paper; he has to ensure our copyright laws are not eroded; he has to make certain that the European creatives that have had such a huge influence continue to visit us with ease. And there’s the €17m a year from the Creative Europe fund.

He probably won’t feel obliged to address seriously the acute problems of local authority arts funding and the need to encourage business sponsorship and individual giving, not enough time to tackle those rebuses. The Art Newspaper suggests that his biggest battle is going to be over free admission to national museums, but that may reflect the personal anxieties of the editor who was a powerful campaigner for free access two decades ago. Tories have never liked the idea, but it has been so popular that they’ve played along with it and there’s no real appetite to change. And at a stroke he’s got rid of the Murdoch/Sky dilemma which has bedevilled his predecessors back to Jeremy Hunt by signing off approval yesterday.

As for social media abuse etc, Wright’s approach is likely to be the pragmatic lawyer’s. "Hostile actors cannot take action by cyber means without consequence" he said as Attorney General a couple of months ago.

So given the fact of life that culture secretaries are not appointed for their knowledge and love of culture, and where we politically are, Mr Wright might have come along at the right time for seamless movement into the major offices of state. Or as Alfred would say, “What, me worry?”