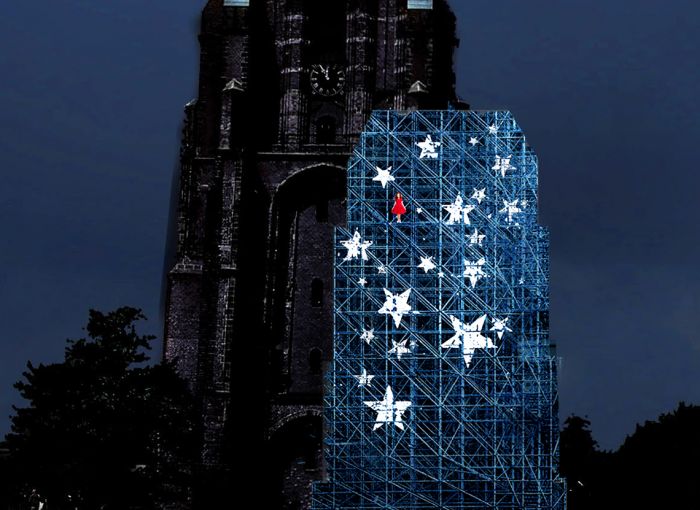 Goodbye to all that

In recent years the European Capital of Culture award seems to have gone to cities that most Brits would find hard to place.  It’s as if the EU was playing a Continental version of the game where you have to name the more obscure London Underground stations.

That may be an Anglocentric view, but then try to imagine how anyone from Paris or Rome might wonder about the whereabouts of Milton Keynes or Dundee, two of the UK’s more fancied putative entrants in the 2022 competition, until we were unceremoniously dumped from the running by Brexit.

When Leeuwarden, the Dutch city which shares the Capital of Culture title 2018 with Valletta in Malta, won the accolade, it’s fair to say that even their compatriots found it hard to work out exactly where it was.

So, for those of you don’t know, Leeuwarden is the capital of the Friesian region of the Netherlands and a neat little city, proud of its language and history and whose townspeople have a penchant for building slightly wonky high towers (think Pisa crossed with Chesterfield).

But what distinguished their bid from more fancied rivals like Utrecht and Maastricht, and persuaded those hard-to-please EU judges, was its deep-rooted commitment to a bottom up cultural dynamic rather than a top down one. There were no expensive building projects, no extravagant festivals with big name rock stars, just an eclectic and engaging programme of events which infuse every street, every neighbourhood, and because this is a regional rather than a city specific event, every community in the Friesian farmlands.

The year is not without its big names – Royal De Luxe have been here with their Giants show and the MC Escher exhibition at the local museum has attracted an astonishing 200,000 visitors so far, well beyond their initial target of 120,000 for the year. International artists like Cornelia Parker and Jaume De Pensa have made their mark on the event with extraordinary public sculptures.

But what really resonates with the visitor is the amazing pride that Leeuwardians display at the fact that their small city is hogging the limelight at last. A significant element in the success of the European Cultural Capital here this year has been Leen een Fries, which means “borrow a Frisian”.  Local volunteers lend their time to show you the sights and offer tips on where to eat and drink, and visitors have taken up the offer with alacrity.  Henk Leutscher, who runs an English language walking tour of the city, positively beams when he mentions that this year he has had 20,000 visitors on his tour, four times his previous total.

Two temporary pavilions are devoted to the notion that languages can unite as well as divide, one highlights every single surviving language while another is festooned with visitors’ favourite words in their chosen lingo. So it’s no surprise to learn that the major theme of Leeuwarden’s year as Capital of Culture is “Iepen Menskip” which means Open Community. It is a timely reminder, as the UK heads inexorably towards the exit door of the European Union, of what we are about to lose.

Of course, international artists will still appear in the UK, no-one is saying that Italian sopranos will no longer strut the stage at the Royal Opera House after Brexit. But for every big name act there are hundreds of lesser known musicians, artists and performers who will decide for reasons of cost and convenience that negotiating the hurdles of immigration will not be worth the effort. The accordionist from the Auvergne, the harpist from Hamburg, the sculptor from Santander will take one look at the folded arms of the UK Border Force and head for the open embrace of places like Leeuwarden.  The little acorns from which the mighty oaks grow will find their fertile soil elsewhere, and Britain will lose its place in the delicate ecology of international culture.

The idiotic comments from Jacob Rees Mogg, responding to the urgent warning on Brexit from the UK’s cultural chiefs, demonstrate clearly how little the Brexiteers know of this eco-system. “Handel did not need freedom of movement to write the Messiah in London,” he tweeted.

But Handel did need freedom of movement to write the Messiah in Britain. Not only because he could travel without a passport in those days, but because he spent years far away from his native Germany in places like Venice and Rome, learning from other musical master craftsmen, before settling in London and organising the premiere of his masterpiece in Dublin.  Handel is the product of an earlier spirit of Europe, which took its inspiration from the woven threads of many different countries’ cultures and fashioned from them something new which appealed across languages, religions and backgrounds. It this spirit that the small city of Leeuwarden is discovering anew and we are about to throw away.