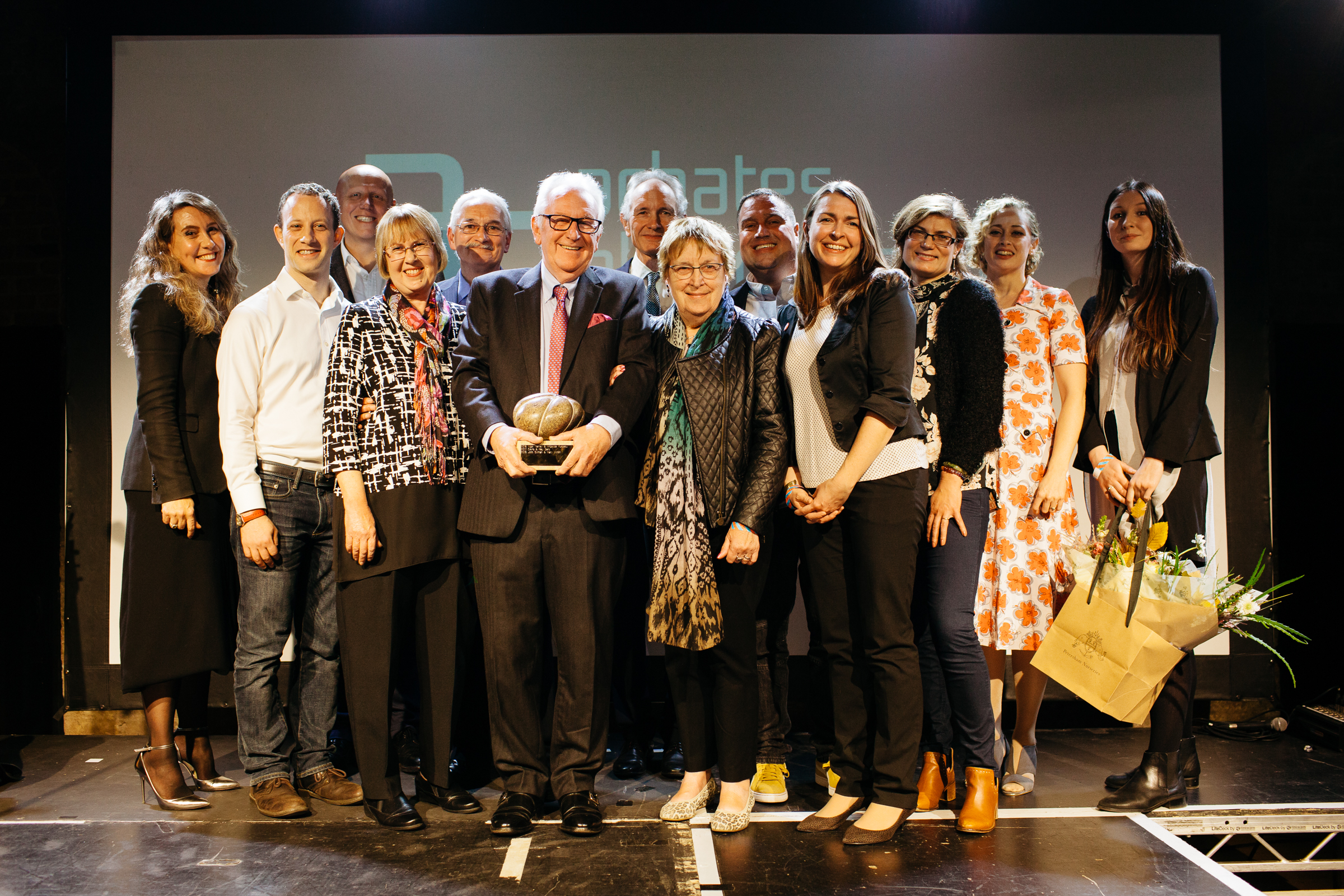 The big bite of minnows

The Arts & Business Awards used to be the high point of the cultural season, if there is such a thing: a champagne dinner, black tie, silver service, in an exhalted venue like the V&A’s Raphael Cartoon Court. Forgotten now.

A&B was the government-sponsored agency for bringing together private funding and the arts, and latterly discovered that philanthropy was the great unsung and hidden boon, rising as corporate sponsorship declined. Each year there were prizes for cultural branding, people development, international success, sustainability, community work, volunteers, long-term commitment, promoting business support, and so on, each prize separately sponsored. Winners got a specially commissioned work of art. And then the government support went.

The A&B Awards natural successor took place this week for the third time. It’s the Achates Philanthropy Prize. No champagne, no sit-down slap-up feed, barely a tie in sight let alone a black one. There are just two awards, for individuals and for corporates, and this time they took place in the little Sackler Studio at the Roundhouse where we, audience and recipients, crowded round the little stage and could have personally shaken hands with the winners as they received their awards.

Times have changed, as have understanding and attitudes. Philanthropy in the days of the A&B Awards was life-changing gifts anonymously donated by immensely wealthy individuals (though news somehow seemed to seep to the Honours Committee), discreet cash that could help build Tate Modern or save the Coliseum. Now we know better.

The Achates philanthropists don’t care about anonymity, the amounts they give are of no interest to the FT or the Twitterati, and they’re only too pleased that the art makers they help know who they are. Shortlisted for the individual prize were a couple – ‘philanthropist’ is soften a dual personality now - who gave £350 to pay for a Northern Ballet dancer’s shoes for a month, and later committed an annual £1,500; another couple set up a £12,000 bursary to help a female theatre director from the regions survive in London, in memory of their theatre-crazy daughter who died of leukaemia aged 19; a third couple gave £200 for a child to attend the Plough Arts Centre, Plymouth, for a year, and then committed it for five years; the chair of Theatre Uncut, who is an independent producer, gave £5,000 to kick start the company’s  process to get charitable status; a theatre studies student who is also a trustee of the Yard Theatre gave £2,500 because she liked the Hackney Wick-based company's commitment to working with local artists.

But the winner was the Ministry of Stories and John Gillman and Mary Winch – pictured here with their friends, beneficiaries and, yes, sponsors - who happened to know the deputy director of the programme in London’s East End that encourages children to develop a love of writing, and were enchanted. They gave £1,000, and now have made it £100 a month in perpetuity.

The corporate prize is in the same tenor, first time generosity this time won by a small construction firm that wanted to help a homeless charity’s festival by funding the creation of a mural. How’s that for counter-intuitiveness – a builder concerned about the roofless.

That this is small change against the largesse A&B was trying to harvest isn’t the point. What this is, as the founder of Achates says, is the audience getting in over the elbows. It's the art-makers reaching into the crowd and taking individuals by the hand, to mix the metaphor, something small cultural enterprises can do and large ones can't.

Achates – Aeneas’s steadfast companion in Greek mythology – was founded by Caroline McCormick, a professional fundraiser who was responding to the end of full state arts funding. But cultural philanthropy, which quickly became a clumsy a portmanteau word for politicians to use as cover for any funding that isn’t subsidy, has a bigger role than just providing small sums.

“Philanthropy has always been a disrupter, a way of saying to people culture is owned by and is the responsibility of us all, but at a practical level the picture is hugely varied, hugely challenging” she says. “It's important that there is space and support to enable people to understand their assets, and enveloping yourself in your audience and supporters is a major first step.”