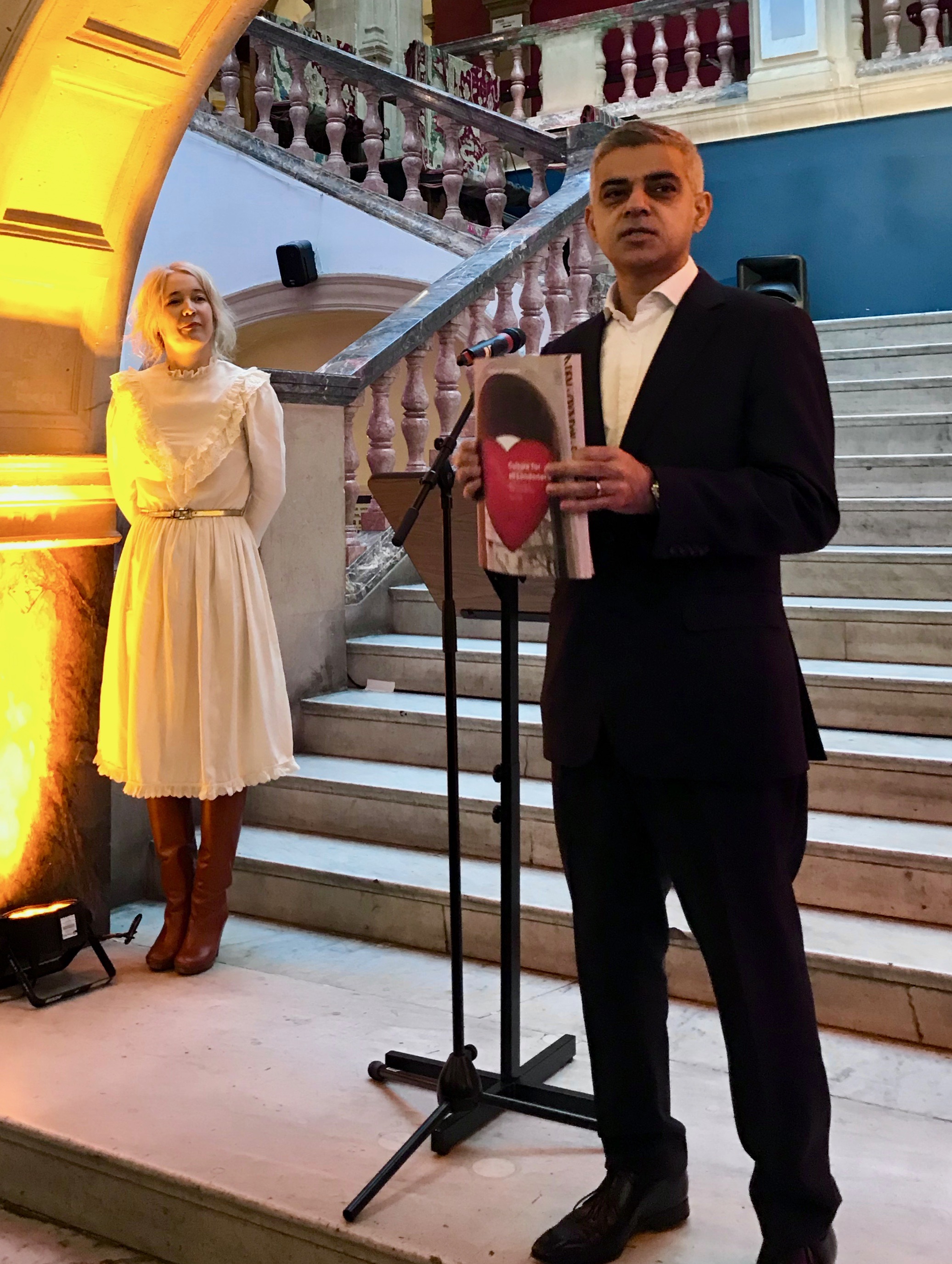 Earlier this week the director of a major arts charity, referring to Brexit, told me “We can only do what we CAN do”, with the heavy emphasis on the CAN and the implication being that we can do a lot more than we think we can.

Well, if any sector has proved that in the last eight years it’s the creative industries and at their base the art makers who have survived the disappearance of both subsidy and business sponsorship, and even thrived.

The Brexit outcome is the big question that at this point is unknowable, but the answer to dealing with it in the mid-distance future may be in thinking small.

The creative industries have had extraordinary success, the biggest growing sector in the economy by a country mile contributing £101bn in 2017, thanks largely to small, new, enterprises and freshly learned skills. But digging those extra capabilities out is not serendipitous treasure hunting. It takes time, unflagging belief and above all planning, none of which have been evident in the Brexit story

For some time, and perhaps counter-intuitively, there has been a growing belief in the power of local funding resources. The old-fashioned type where the tourism and leisure committee coughs up an annual grant to keep the theatre open has been pretty much killed off by austerity, but there’s a new pattern and this week it was given a shape and a face.

It bears the unromantic name of Creative Enterprise Zones and is the brainchild of Justine Simons, London’s deputy mayor for culture who, after a decade of mulling the problem over under two previous mayors and in the meantime creating the World Cities Forum, was given her head by Sadiq Khan.

“How can we futureproof London as an open, vibrant and successful world capital?” Simons asked in the Financial Times last year. “Around the world, awareness has grown of the importance of culture if cities are to thrive in the 21st century. The paradigm has shifted and the notion of culture as a core ingredient in urban policy has gone from niche to mainstream.

“Whether that is Bogotá embracing street art, Berlin giving heritage status to its underground clubs or London saving the Southbank Centre skate park, the birthplace of British skateboarding, it turns out that we care quite deeply about the granular, gritty stuff — what some might call the ‘intangible heritage’ of our cities.”

Khan has already warned about the consequences of a no deal Brexit to that intangible heritage – 6,000 jobs in London alone, 27,000 nationally, and a revenue loss to the capital of £1bn by 2030 (Cambridge Econometrics’ figures). To confront that possibility, earlier this year, at that hub of cultural enterprise the Battersea Arts Centre, the mayor announced the cultural strategy Simons had crafted with the CEZs at its core (my picture shows them together at the announcement). He called for bids to share an £11m pot, 25 came forward and six have been chosen which, he and Simons believe, will generate tens of millions of pounds of growth and more than 3,500 new jobs.

The six, Croydon, Lambeth, Haringey, Hounslow, Hackney/Tower Hamlets, Lewisham, have demonstrated in their successful bids how local partnerships will lever another £30m. They will use their own planning powers to make new creative uses for existing buildings, but a vital element is the London Economic Action Partnership, formed last year with the mayor, London boroughs, academics, trades unionists, entrepreneurs and business as an investment tool to support and lead economic growth and job creation, with creativity one of its priorities. So rather than a blanket plan for the city based on second hand local knowledge, each borough has come up with a scheme – Croydon’s emphasis is on music, Hounslow’s on film and video, and so on– fitted to its own profile.

Individually it’s small fry, but together the six could pack a transformative punch that has as much to do with community pride as prosperity, and that would be in spite of whatever form of Brexit transpires in 2019. Other cities with elected mayors to co-ordinate any future plan are watching with interest, foremost among them Manchester, who see to hand a means of negating the corrosive effects of central government on local creative endeavour.

“Do we need culture at a time like this?” Simons asked in her FT piece last year “Absolutely. Our creative muscle will help us reassert our values as an open, ambitious leading world capital that is welcoming to all.”