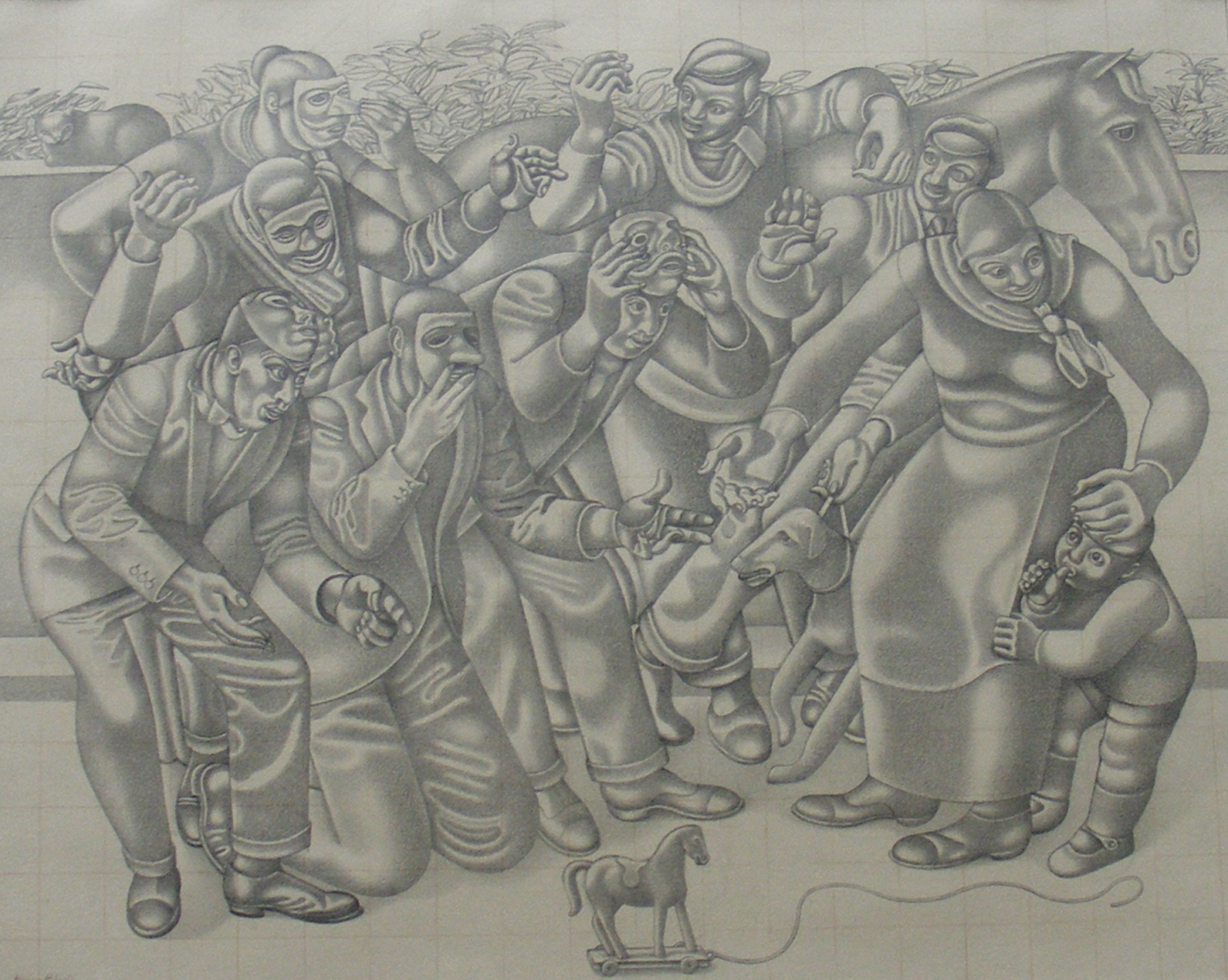 TAITMAIL Drawing out the real we

At this existential moment for us as a nation, there’s an interesting exhibition opening in Hull soon that tries to pin down who we are.

The curator has thumbed through the Ferens’s own considerable collection - regional galleries are a fantastic resource – and Chris Ingram’s collection of modern British art to produce a very eclectic survey of the British condition. To say there aren’t many, if any, black faces here or acknowledgements of cultural imports would be fatuous, because this is an essay that attempts to go well beneath the skin.

It comes at a time when we are about to “take our nation back” by leaving the character-changing European Union, reasserting our sovereignty. And what that is, of course, is anybody’s - everybody’s – perception, and that’s where art can help. This exhibition, for instance, shows a Britain that is frivolous, angry, violent, loving, strait-laced, comical, zany, pompous, ingenious, artistic, mystical, heroic. The image here is William Roberts’s Masks of 1934, which seems appropriate. (Reflection: British Art in an Age of Change is at the Ferens in Hull from August 17 to January 5.)

It’s a deeply intriguing thesis through 130 works of art, dating from 1916 to 2015, and that’s the trouble. This is a very detailed and exhaustive profile of who we used to be, not who we are now are or, more urgently, who we will be. Which is the Brexit problem: the nation we’re taking back doesn’t exist anymore; the nation we are is, perhaps, sketched for us in the Turner Prize; the nation we will be after October 31 defies even art.

Meanwhile, in a week when an Egyptian-born novelist and social commentator resigned from the board of the British Museum because she felt it was cynical about its social duty, there’s an interesting essay on the Natural History Museum’s own website by an NHM science writer, Josh Davis. It asks, Are natural history museums inherently racist?

Undeniably, if you follow his logic. The fact that we have millions of specimens that continue to inform important research, and delight millions of museum-goers a year, is because we had an empire; we sent our scientists off to the colonies, they took what they wanted and sent their finds back to England. On slave ships.

And then, the museums were set up to glorify the empire, pointing up the power the British had over other nations, and the natural resources the empire believed it was its right to exploit. Added to that, many of the specimens the explorer-exploiters took are immensely valuable and could, presumably, have been a part of what are now struggling economies.

“It's being open about this history and acknowledging it as an institution, because still there are people who think that things are being hidden and that we're not telling the truth.”

But then again, we are in the process of reasserting our sovereignty, and even if the rest of the world cares a good deal less about that than they did a century or so ago, we might be entering a new museum we’ve created by reverting to our pre-European former selves. Maybe that’s who we are, however you draw us.