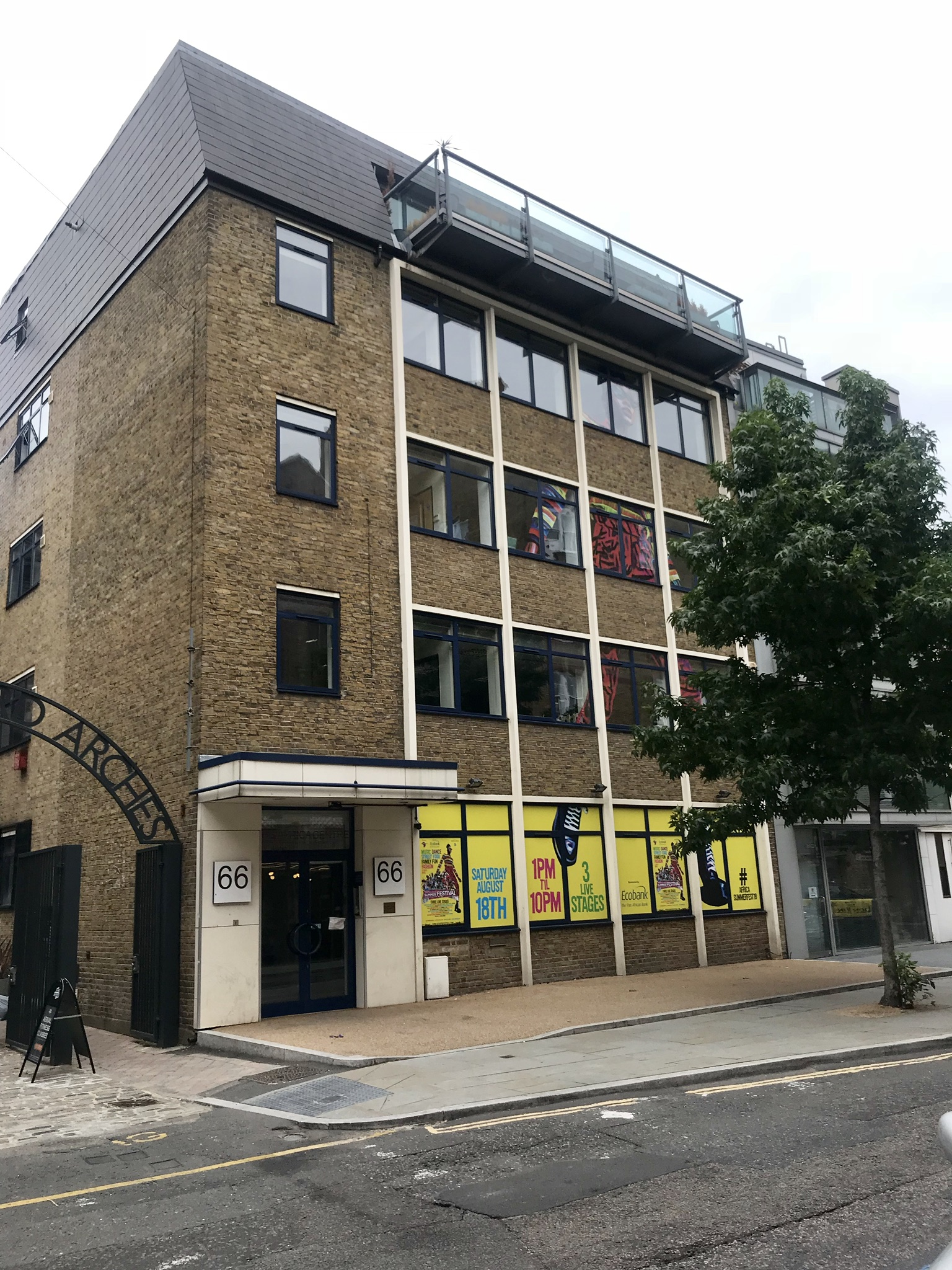 As part of the London Design Festival, the Africa Centre laid open the dilemmas it faces as it tackles its future at a public discussion this week. Its director, Kenneth Olumuyiwa Tharp, and Jonathan Hagos of the architectural practice commissioned to design its new face spread it all out.

At the end of last year the Africa Centre was given £1.6m by the Mayor of London to create an Africa Centre for the 21stcentury out of a Southwark office block. The Africa Centre was in King Street, Covent Garden, created in 1964 at the height of the independence exultation of former colonial African countries, but in the last couple of decades it had been withering on its vine. Six years ago it sold up and moved to two leased railway arches in Union Street near London Bridge Station. A more comfortable location. Two years later it bought the very unremarkable four storey building in front of the arches, built in 1958 and for an obscure reason known as the Gunpowder Building, and it is the focus if this vital stage of the centre’s development.

Hagos and his Freehaus architectural practice were appointed in the summer, but their thinking has got nowhere near a drawing board yet. As the open discussion demonstrated, a lot of serious thinking has to be concluded before pen bites into paper, and time is at a premium: work on the Gunpowder Building has to start in February for completion at the end of 2020.

The challenge of creating a “pan-African design vision” is multi-faceted. How do you present Africa? Who is it for? What is Africa? Why did the previous manifestation lose its appeal? What is different about Africa now from 1964, when Kenneth Kaunda opened it? And that’s putting it simply.

The first hurdle to overcome with a mixed northern European public is that Africa is not black. Many of its 1.2bn inhabitants are of Arab backgrounds and 4.5m of them are actually white, so the 21stcentury Africa story is not about colour.

Next is the seductive generalisations and superficiality that haunt perceptions, the stereotypes and national traits transplanted between countries and populations that actually have very little in common.

The other mistake to avoid, they concluded, is for the new centre to turn its back on the old one. When the African Centre opened 55 years ago it was a kind of welcome house for visiting Africans to be made to feel at home, eat their familiar food unavailable anywhere else in London, hear their music, relax in their art and design. It was also the place, said the author and journalist Richard Dowden, “for African presidents, freedom fighters, writers and artists to speak and debate. You could find everything African there, from Ghanaian food to fierce debates and fantastic parties. Sometimes all three at the same time…” It’s where Archbishop Desmond Tutu and Thabo Mbeki would meet informally to discuss the future of South Africa; where Hugh Masakela played among friends while on tour; where Alice Walker read from her new book The Color Purple; where Wole Soyinke lectured on African literature; where Jazzy B held Saturday club sessions for kids and formed Soul II Soul. All this is informative history.

Africa is one of the grown-ups now, African-ness is global. According to the 2011 census there are 3.5m people who identify as having African origin living in the UK, most of them in England. Hagos is second generation Eritrean, Tharp’s father came from Nigeria, his mother from Croydon. That inward-looking home-from-home in Covent Garden has now to be an outward looking cultural hub in cosmopolitan Bermondsey. It needs to promote shared African traditions and at the same time describe the breadth of Africa’s people, and the depth of its diaspora.

So Hagos and Tharp together are designing not just a building but a welcome, an atmosphere that can allow a continent’s people’s stories to be told, not stridently but honestly and completely. To say it has to be a celebration would also be wrong: there were and are bad things that are African which the centre should be able to address objectively.

It needs to be so many different things, says Tharp. To Hagos, not has to be “an embassy of optimism”.