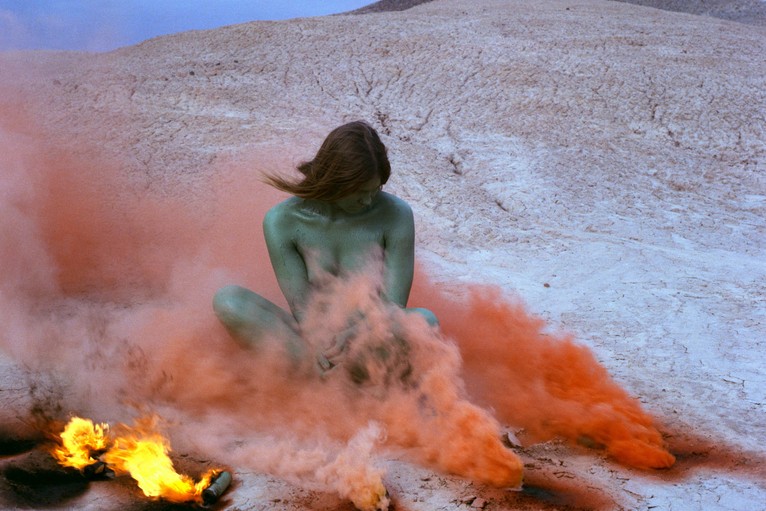 TAITMAIL Arnolfini: a marriage of convenience

There’s nothing new in universities getting together with community arts organisations. The Ashmolean, the first public museum, has always been part of Oxford University after all.

In more recent history Derby Theatre is now owned by the University of Derby; Mima is part of Teesside University; Southampton University, which had music, drama and art on its campus, has moved its theatre and contemporary art gallery to the city’s central square in a deal with the council; and Manchester University has melded with the city council for its explosive cultural drive.

Arts Council England, no longer the funding power it was pre-2010, has been the broker for all of them, as it has with the most recent symbiosis between the University of Western England Bristol – UWE - and Arnolfini.

And this Bristol experiment is something else. Founded in 1961 the Arnolfini has been a pioneer of interdisciplinary contemporary arts, including visual art, performance, dance, film and music. There were ground-breaking exhibitions, like Beck’s Futures in 2006, shared with CCA Glasgow and the ICA, Angus Fairhurst in 2009, Gillian Ayres in 2011. But then subsidy cuts struck, and with an expensive listed Victorian building to maintain, management failures couldn’t cope and it seemed that when ACE struck the gallery off its National Portfolio and the director left its days were numbered. It managed one last exhibition in in January 2018, Grayson Perry,

Arnolfini’s Phoenix act comes 30 months after the Arts Council lopped it from its NPO list. It was marked a couple of weeks ago by the opening of the exhibition Still I Rise: Feminisms, Gender, Resistance – Act 3, which explores the role women have played in the history of resistance movements, following previous iterations at Nottingham Contemporary and the De La Warr Pavilion, Bexhill-on-Sea. That kind of partnership, says Arnolfini’s interim director Gary Topp, is now the template for its future. “A highly collaborative approach, at local, national and international level is a key tenet of our new business plan and artistic vision for Arnolfini” he says, and he will be announcing his programme for 2020-21 shortly.

For while ACE’s 2017 announcement came like a bombshell, the rescue of Arnolfini had already begun. UWE, one of the new crop of universities of 1992 along with Derby and Teesside, was keen to integrate with the Bristol community, and already had relationships with Spike Island, the contemporary art and design centre, the Watershed film centre and the Bottle Yard film and TV studios.

In 2015 it had bought Arnolfini’s building, Bush House, the gallery now paying a peppercorn rent, and has since moved part of its art and design department into two-thirds of Bush House, space previously leased to businesses, which means, as Topps says, the place is full of artmaking from basement to fifth floor. Rather than cut it off without a penny in 2017, ACE gave Arnolfini a £360,000 “survival fund” to ensure it could keep alive while the transition took its course.

Now, rather than hugging its subsidy and hoping it will be enough to keep it nourished, Arnolfini’s new business plan is centred on its being an independent incorporated charity which focusses on its café/bar relationship with a local independent brewery, its independent bookshop and commercial hires of its user spaces (exhibitions are still free) without having to worry about the upkeep of the building. ACE has given a new grant of £1.8m, and Arnolfini can apply for the next round of National Portfolio funding.

The missing element so far is the local authority which used to fund the gallery but no longer does, but that may change again.

UWE is planting itself firmly in the cultural territory of one of the most culturally diverse cities in the world. “We’ve been on a journey and in the last six months have been able to find a solution to making sure the Arnolfini is able to grow, develop and flourish” said UWE Bristol’s arts faculty head Jane Roscoe. “Plus we’ve got a new type of conversation happening between two organisations”.

Arts Council West has been the key operator for this deal, but bringing the universities into the picture is now a keystone ACE policy. There isn’t a preferred model, each arrangement is specific, but the aim is to encourage universities to become contributing cultural leaders.

In Mima’s case ACE funded an independent review of alternative options for institute’s governance in order to improve its fragile financial model, and brokered the discussion between the university and Middlesbrough Council. The result is that Mima, like Arnolfini, gets stability, but also a whole range of ways to take on a civic institution role – the recently launched Mima art school is the latest example.

For Arnolfini, its new exhibition has already proved a success, not just in the exhibition but in the programme of live events and talks, including the In Between Time festival, a collaboration around the city with other Bristol arts organisations exploring the future of contemporary art which it has been hosting this week.

And Topp says: “All of the above is embedded within our central relationship with UWE and we are continually developing new ways that the two organisations can work together to build on the mutual ambitions of both - whether that’s utilising international academic expertise as part of our exhibitions programme or finding new ways to manage and deliver a great community experience in our building”.