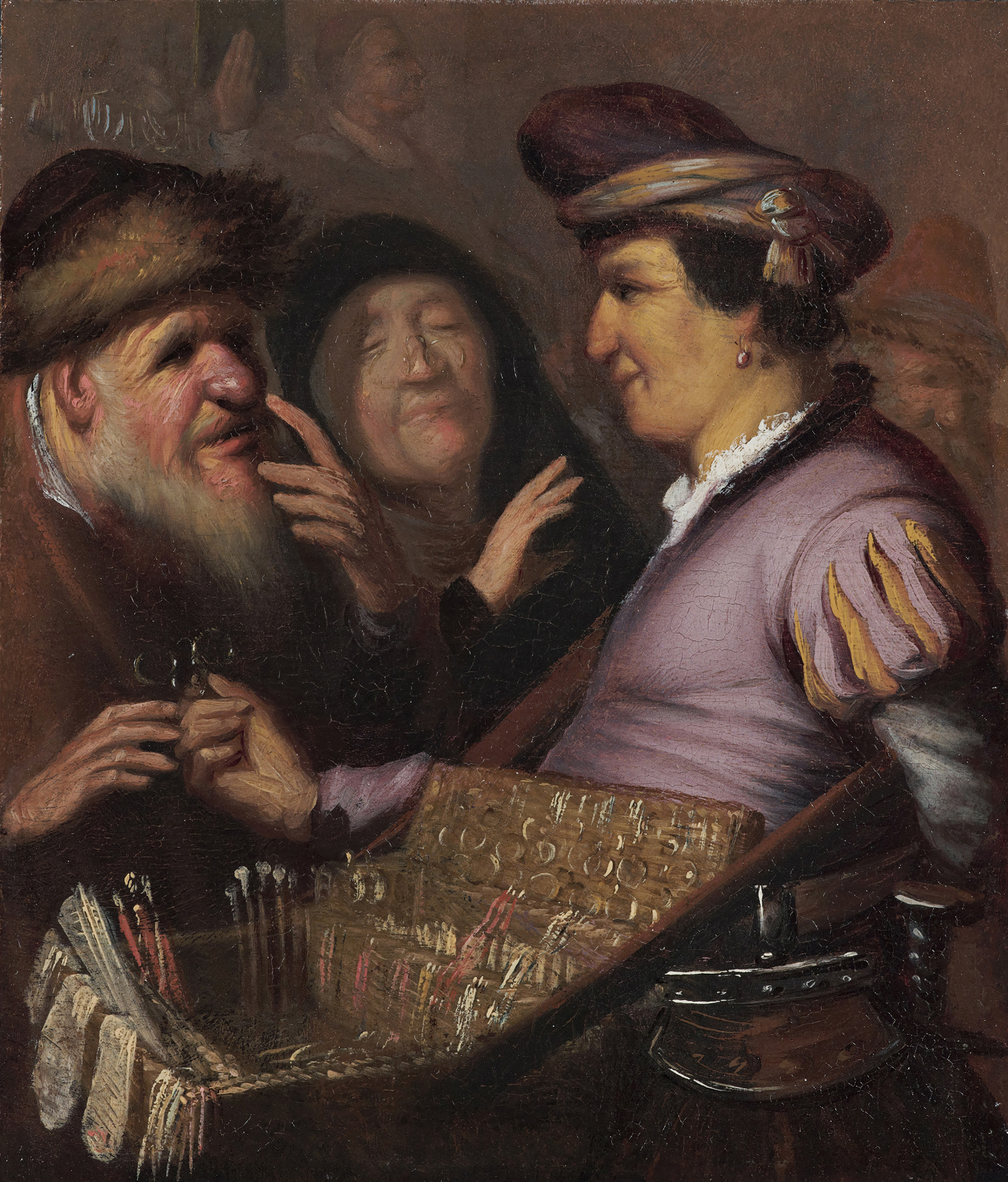 How did Rembrandt become the world’s finest painter from being barely competent in what could be as little as two years?

You might think that with all the examinations of Rembrandt through exhibitions coming along with relentless regularity, particularly last year on the 350th anniversary of his death, there is nothing new to be said about him or his work. And if you thought there was no such thing as a bad Rembrandt, there are a few in this new exhibition at the Ashmolean in Oxford.

Until now, with Young Rembrandt, no museum or gallery had thought to look at the crucial early years and put under the microscope the mystery of what happened between the ages of about 18 and 24. And it has taken one of our great non-national museums to do it, flexing its scholarship and its global connections.

The exhibition has a small oil painting on copper. It had been on a private collector’s wall since the 1950s when it appeared in a Cirencester auction in 2007 valued at £1,000 to £1,500 as being “in the style of Rembrandt”. Much to the auctioneer’s combined delight and embarrassment it sold for £2.2m and now belongs to the Getty Museum – he said he’d had his suspicions, but after consultation with the repository of Rembrandt scholarship, the Rijksmuseum in Amsterdam, who said it was not by the master himself, he decided on caution. If he’d gone up the road to Oxford and asked the then Ashmolean director, Christopher Brown, an authority on Dutch painting, he could have saved his blushes. Painted in 1628 it shows 22-year-old Rembrandt experimenting with expression on his own face. 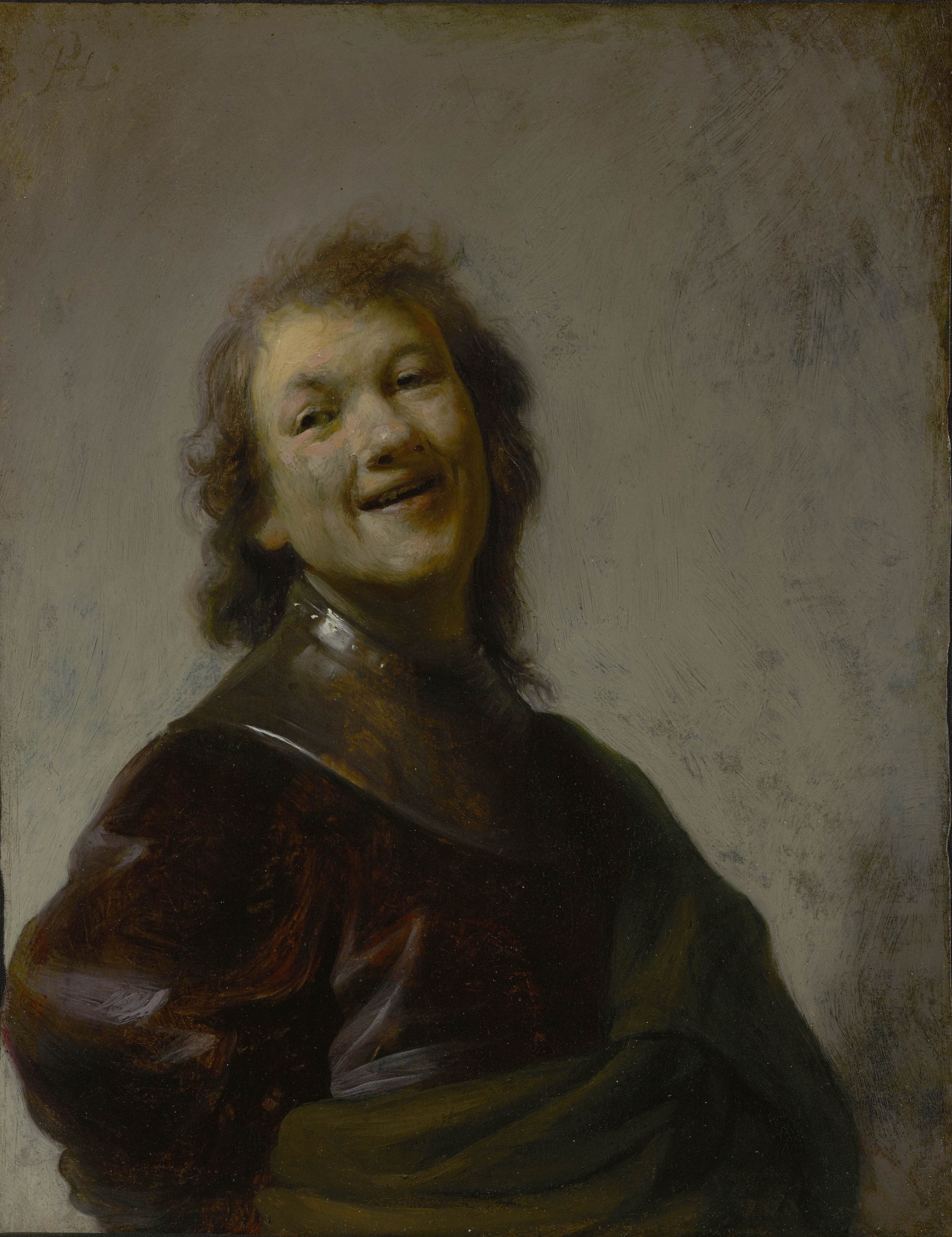 Brown retired five years ago, but for ten years he has been planning this exhibition in which the now properly identified Rembrandt Laughing, acquired by the Getty Museum shortly after the 2007 sale, has a key place. He knew it was the genuine article, and its sale prompted his plans for an exhibition looking at the mysterious transformation of Rembrandt’s skill at about the time it was painted.

He has co-curated the show with his friend Christiaan Vogelaar, curator of old masters at the Museum De Lakenhal in Rembrandt’s hometown, Leiden, and the Ashmolean’s own Northern European art expert An Van Camp. The exhibition was first seen in Leiden last year.

It is a misconception that while Britain might have the cream of art and antiques scholarship, it is corralled in the national institutions in London, the National Gallery, the British Museum, Tate, the V&A. This exhibition is a testament to the erudition and profound research skill at work in our regional museums and galleries, an exposition that adds new understanding to the life and work of the greatest Renaissance painter, which you will never see in London.

So what happened in those crucial few years? Was it the six-month apprenticeship he had in Amsterdam when he was 17, or the influence of his boyhood friend and fellow painter that he appears to have shared a studio with at that time? These curators are art historians and so are reluctant to land on conclusions, but the evidence is fascinating because something – perhaps even Faustian – caused a dramatic change.

Part of the myth is that Rembrandt Harmenszoon van Rijn was the humble son of a humble miller. He wasn’t so humble, Van Camp says, and the miller was also a prosperous property owner who could give each of his children a house as a wedding present. He was born in 1606 in the small south Holland weaving town of Leiden, and young Rembrandt, the third son, was to be the scholar. He went to the Latin school, and then at 14 to the ancient University of Leiden where, Brown has discovered, he studied for longer than was thought, at least two years.

But he found painting, dropped out and was apprenticed to a local artist to learn history painting. After a couple of years with Jacob van Swanenburg, in about 1624 – when he painted the earliest picture in the exhibition, The Spectacles Seller - he went to Amsterdam 25 miles away to the studio of Pieter Lastman, an established but bold and inventive artist.

The Spectacles Seller is crude, the artist can’t handle the oil paint, his perspective is awry, the colour is clumsy, the arch expressions make awkward caricature faces. But by 1627 all that uncertainty and doubt is gone, he has found chiaroscuro for the haunting and assured Flight into Egypt, and by 1630 he can paint the masterly Jeremiah Lamenting the Destruction of Jerusalem (below). 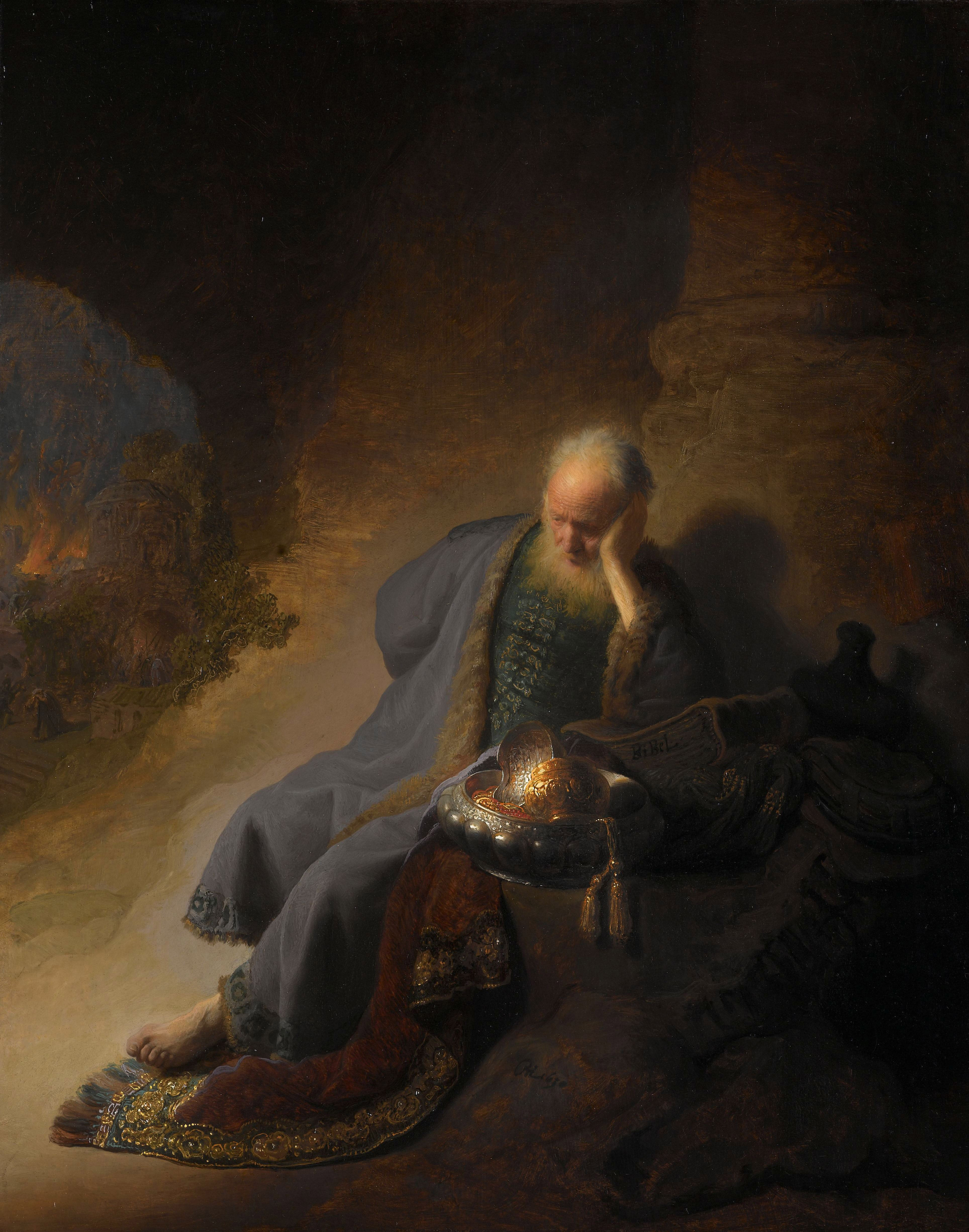 Then, at 18, Rembrandt was setting up his own studio, not in Amsterdam but back home in Leiden, probably with his boyhood friend Jan Lievens. Lievens had been a child prodigy first apprenticed at eight and moving to Lastman’s studio - him again - at ten, taking commissions at 12. Together Rembrandt and Lievens developed a new Caravaggio-ish style, and their work was so similar that one was often confused with the other, still are, and they prospered. In about 1629 Rembrandt was working on Pieces of Silver when there was a visitor to the studio: the representative of the Prince of Orange, Constantijn Huygens, who was immediately captivated by what he saw over Rembrandt’s shoulder and led a stream of rich patrons to the 22-year-old’s threshold.

So these were golden years, but there was a sudden break between the young collaborators in 1631 with Lievens going to London to the court of Charles II and Rembrandt, by now all of 24, following his growing fame to Amsterdam. And its thanks to some of the deep scholarship nestling in our regions that we can have this fascinating hitherto untold story of the greatest artist.

Young Rembrandt is at The Ashmolean, Oxford, until June 7