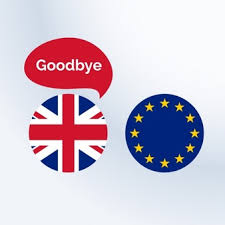 We’ve learned this week that Dominic Cummings detests humanities and the arts, underlining the theory that the Department of Digital, Culture, Media and Sport has only survived his scythe because he needs it to hit the BBC with, and duly the new culture secretary’s first speech has been about the BBC.

It explains why, of all the European programmes the government could continue with post-Brexit, one it has chosen to dump is Creative Europe.

The government’s report The Future Relationship with the EU: The UK’s Approach to Negotiations https://assets.publishing.service.gov.uk/ says it is up for going along with Horizon Europe, Euratom Research and Training, and Copernicus (the EU’s Earth observation programme), and will consider service access agreements on EU Space Surveillance and Tracking, and the European Geostationary Navigation Overlay Service. But back on solid ground, no mention of Creative Europe.

Creative Europe is the EU’s €4.6bn (£4bn) support programme aimed at individuals working in film, TV, gaming, publishing, heritage, performing and visual arts. In other words, the grass roots of the creative industries. Film and TV in particular have been beneficiaries, and between 2014 when it was set up and 2018 €89.5m (£78m) went from it to 376 UK-based organisations, helping to distribute 190 British films to other European countries (including The Favourite, I, Daniel Blake and The Wife). On December 31 that ends.

And you don’t need reminding that this is the sector that not only leads the world in sophistication and development (though other countries’ creative sectors are catching up fast), it is worth more than any other to the British economy in terms of gross value added. The latest figure, for the record, is £111.7bn – a year. It’s cutting off a powerful nose from an ideological face.

The film and TV unions have already waded in. For Philippa Childs, head of Bectu which represents workers in the entertainment industries, the decision comes at a terrible time when British independent filmmakers struggling to survive in a market dominated by American productions when the amount spent on homegrown UK production is falling. “Creative Europe is instrumental in supporting the independent film sector through initial seed funding which enables many productions to get off the ground” she said. And there was a rather forlorn plea from John McVay, chief executive of the producer’s union Pact: “It’s vitally important that the UK government details how it plans to replace these programmes and make clear public commitments on the levels of funding they will make available to ensure we do not suffer economically at a time then the UK is favourably positioned to grow its share of the global markets”. Don’t hold your breath, John.

The Scottish government picked up on it too, with the culture minister Fiona Hyslop demanding an urgent meeting with Oliver Dowden, the new culture secretary, to discuss what she considers an “incomprehensible” decision.

So that’s the workforce and – despite the UK official opposition not having noticed (in case you were wondering, Dowden’s shadow is the former TV actor Tracy Brabin whose one contribution to the gaiety of the House of Commons so far has been to show up in an off-the-shoulder dress) – the politicians.

Now the industry has waded in, in the shape of the new CEO of the Creative Industries Federation, Caroline Norbury, for whom Creative Europe has been a huge contributor to our independent film sector and an integral part of the success of the creative industries.

She puts her finger on something much more valuable than cash from Creative Europe, in providing vital access to finance, markets, skills development and employment. “The programme has also been instrumental in ensuring the international artistic collaborations that keep our creative industries world-leading, enhancing our lives at home whilst growing the UK’s soft power abroad” she said.

The government’s dogmatism is draining fuel from that soft power, and though the Arts Council will continue to arrange partnerships, charities will try to help and new loan programmes like Nesta’s £20m Arts & Culture Impact Fund announced this week will try to fill some of the holes left by Creative Europe, it's the loss of connectivity that is going to hurt most.

And talking of connectivity, coronavirus is pulling us together in our common anxiety and at the same time separating us for fear of contagion. While live performance is attractive to us because of what Professor Gavin Henderson of Central School once called the Sniff Factor, it is precisely that that is cancelling events.

There is now a database put together by Brunswick to keep you up to date on what’s off and what’s still on. They’ve made it open source, so here’s the link: