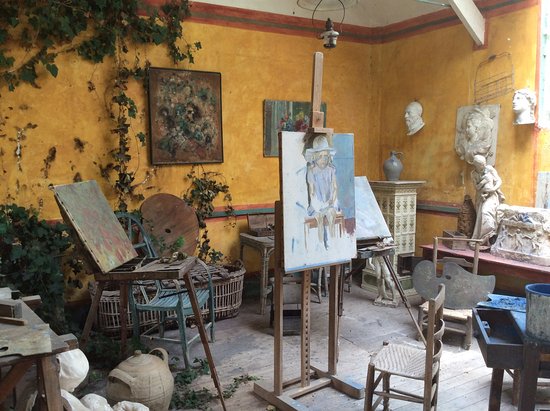 TAITMAIL ‘But no decision has yet been made’

That seems to be the sentence that every government announcement ends with. But as Keir Starmer told the government on Tuesday, you can’t just park this. The pandemic will end, nothing will go back to normal, the economy will be unrecognisable, and the plan to deal with it is…

Our culture is our fortune, it’s who we are and its creative developments have been worth over £1bn a year and rising when last counted, the most progressive industrial sector in the economy. Our culture in terms of our heritage is what most of the 40m visitors a year come for, our creativity is what we export.

But the whole thing is built on individuals working on basic pay in tiny studios and workshops, writing scripts,  painting, painting scenery, acting, rigging lighting, directing, caring for museum treasures - not the small clutch of celebs that hog our social media interest. They have always worked in an organic environment, shambolic you might say, but these are the great little people that the government – unaccountably given what they accomplish – forgot when safeguarding incomes in the crisis.

This week, too, the usual suspects as the government will dismiss them wrote to the Chancellor demanding he unpark protection of these mostly freelance or self-employed creatives, Melvyn Bragg, Joan Bakewell, David Puttnam etc, Labour peers signing under a draft by the new Lib Dem MP Daisy Cooper who recruited 130 MPs and peers. They want a virtual forum where the Treasury and the creative industries together will “agree measures the government can take to support this vitally important sector and a clear timeline for their urgent implementation”. Without such measures those skills will be lost for ever.

It’s even more urgent than that, though. Artiq, the agency set up five years ago to ensure an income for artists by renting out their work, has just done a survey that shows that artists will run out of personal resources by the end of June. No cash, and they don’t qualify for help under the government’s rules. The survey says that 65% of them earn less than £10,000 a year (85% under £20,000) and their average annual spend on studio rent, lighting, materials and so on is £9,841. Their work will stop. Arts Council England’s £20m emergency fund to help them offers grants of up to only £2,500, which its CEO Darren Henley admits can have a limited effect. Even Roosevelt in the 1930s Depression knew the importance of these individuals and set up the Federal Art Project that sustained 10,000 artists in the United States.

And then there’s our 1,600 independent museums. This week the National Lottery Heritage Fund set up a £50m rescue fund that is so tied up with provisos, regulations and preferences it’s hard to see how any of our independent institutions will qualify. The Association of Independent Museums says that many are facing permanent closure already, dependent as they are on admission fees and café/shop earnings. They are places like the Florence Nightingale Museum (in St Thomas’s Hospital were Boris Johnson’s life was saved) whose latest temporary exhibition marking Nightingale’s 200thbirthday should have been opened by the health secretary but he didn’t show up; and the Charles Dickens Museum whose director, Cindy Sughure, says the grants on offer are “woefully short of what this and other museums need to survive”. AIM’s chairman Andrew Lovett says bleakly that such places “will just run out of cash and go to the wall”.

For Caroline Norbury, the Creative Industries Federation’s CEO who seems to be appearing almost daily on AI’s pages just now, the need for a proper rescue and development plan is fundamental:  “For our sanity, our culture and our sense of shared experience it is imperative that creative professionals are protected and supported through this crisis”.

And it's more than that. The creeds of the Tory party have been minced by Covid-19: the NHS cuts, the blitzing of the civil service, austerity, the starvation of local authorities, privatisation, “small government”, are all having to be reversed to deal with a situation we should have been prepared for but weren’t. There needs to be a new network, laced with local and regional authorities, that supports theatres, concert halls, orchestras, artists, arts organisations, museums and galleries, dancers, libraries, all the things the Arts Council has in its portfolio, but with an acknowledgement that they can no longer survive on earned income or the largesse of the privately rich as the government has tried to make them do. There needs to be a reavowal of the subsidy system, so envied pre-2010 as the “three-legged stool” – that was earned income sponsorship/philanthropy and subsidy in equal parts. Two of those legs have gone and now there needs to be a multi-billion pound national endowment, funded by some of that £1bn a year already earned and a “creative tax” on profit-making broadcasters like Netflix, Amazon and Facebook, guided nationally by the arts councils maybe but administered within the communities.

The creative industries have been laid waste by the coronavirus effects, and the government seems not to have noticed. We need a decision now to begin the rebuild, from the lonely garret to the loaded gallery. Otherwise our very identity is lost.