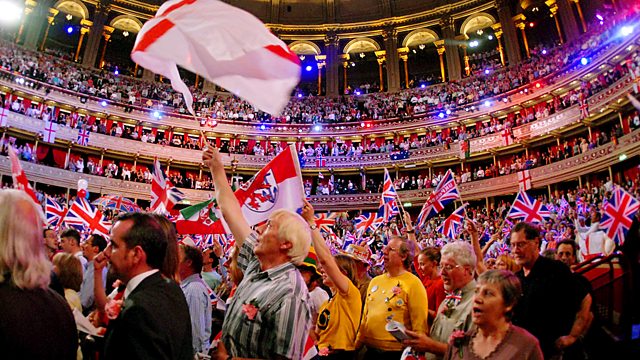 TAITMAIL We don’t want to be politically incorrect, but by jingo if we are…

What a sad way for Tony Hall to exit the BBC after a ridiculous teacup-sized media-manufactured row, and with his last decision overturned the minute his successor took over.

Hall left the BBC in 2001 to take on the basket case that was the Royal Opera House, and he sorted it. He was back at the Beeb in 2013 as DG in the wake of the debacle over child abuse reporting that had brought the resignation after only a few weeks of his predecessor, and sorted that too – and in our little corner he delineated culture on the network at long last with an enhanced BBC Four, BBC Arts and other strands, including Culture in Quarantine.

The row was over the Last Night of the Proms and the traditional inclusion of Rule Britannia! The suspicion was that the Beeb was kow-towing to the left who had seized on the programming of the anthem as harking to our colonial past which, post-Black Lives Matter, needed to be dealt with; the right blamed the guest conductor, a Finnish woman called Dalia Stasevska (who had at one time expressed support for BLM) claiming she had vetoed the anthem, and the inevitable trolling of her family followed. She had nothing to do with the decision.

Hall’s take, you might say a little disingenuously, was that Rule Britannia! is for the Prommers to make arses of themselves in the ironic way only superannuated undergraduates can – no-one has ever taken it seriously before – and since they wouldn’t be there, trying to reproduce it in an empty hall with seating for 5,000 would just look silly; but as a traditional part of the last night why not just let the BBC Symphony play it? And now on his second day in the job Tim Davie, Hall’s successor, has won the praise of the likes of Nigel Farage, Boris Johnson, Jacob Rees-Mogg and Laurence Fox by announcing that it will indeed be sung “by a select group of BBC singers”, presumably not wearing traffic cones, letting off firecrackers or waving union flags. Clearly, a side effect of Covid-19 is a loss of the senses of both taste and humour.

This craziness is breaking out all over the arts. Ruth Mackenzie has just been summarily fired as director of the Châtelet in Paris because, she says, she’s not French. And in that case it probably didn’t help that she’s a Commander of the Order of the British Empire (thanks to creating the Cultural Olympiad for our British Olympics, won against the French bid).

At Birchington in Kent the little Powell-Cotton Museum is devoted to the collections of a Victorian big game hunter turned conservationist who took to stuffing his kills and putting them in dioramas. This week its trustees announced that in the wake of BLM it was closing for two years to “decolonise” the collections and “reimagine” the displays, loading in some self-flagellation – “…our collection is steeped in racism and colonial oppression. We would like to apologise for those past actions…”

Are they right? The point of this curious collection, opened in Major Powell-Cotton’s family mansion in 1896 (the family made its fortune from colonial trade), is not so much what’s in it but how and why it was made. It might be based on long-dead colonial principles but it is part of our story, albeit with 36,000 visitors a year a rather small part.

If these are gestures for the Powell-Cotton they are expensive ones, yet can we see the actions of the nationally funded British Museum as anything else?
The BM is based on the collections of the 18th century royal physician and Enlightenment figure Sir Hans Sloane and his portrait bust by one of the greatest of English sculptors, John Rysbrack, stood in the main entrance.

Sloane was married to a tobacco heiress, so the director declared that he had “pushed him off his pedestal” by ordering the bust’s removal to an obscure glass case with other objects tainted by colonialism – “The British Museum has done a lot of work – accelerated and enlarged its work on its own history, the history of empire, the history of colonialism, and also of slavery. These are subjects which need to be addressed, and to be addressed properly. We need to understand our own history” said the director, a German as it happens called Hartwig Fischer. But is Sloane’s eviction going to fulfil that worthy aim? Who even knew his bust was there? Has anyone complained about its absence? Is anybody not coming because he no longer stands in state, or are they staying away because the museum is suddenly seen to be lacking in the relevant acknowledgement of an egregious past? Good luck with addressing the Elgin Marbles, Hartwig.

Statues have gone and they won't be missed – the slavers John Hawkins from Plymouth and Edward Colston from Bristol, and the colonialist Cecil Rhodes will go from Oxford in the near future (the university promises); the statue of the slave owner Robert Milligan has gone from London’s Docklands, and in Manchester there’s a move to take down Robert Peel because his father, a Lancashire textile manufacturer, supported slavery. The Daily Telegraph has even provocatively suggested the Tate Galleries be renamed because Henry Tate’s sugar fortune was made in the West Indies, even though he was only 14 years old and a grocer’s delivery boy in Liverpool when slavery was abolished. His bust remains on public display in Tate Britain, apparently unassailed, though the one outside the Tate Library in Brixton has a nasty red splodge on its cheek.

What difference has all this made to our acknowledgement of not just our ancestors’ crimes but understanding why they are crimes now but weren’t then? Do we expunge these images from our national memory, as it seems we have started to do, or replace the panegyrics on their plinths with explanations of their offences? And in doing that do we simply create a national rogues’ gallery to encourage more hate? And how far does this go to righting the terrible wrongs white Britons have done to black Britons and still are doing? These are wrongs you can’t get away with by simply apologising for or rearranging the street furniture.

So we’re stuck in a cultural warp. We want to keep our traditions however ludicrous, yet we want to vilify the people we once wished to be perpetually reminded of. The danger is that instead of “understanding our own history” as Mr Fischer wants us to, we bend it to whatever the political fashion is – or whatever different and conflicting political fashions we choose to espouse.