The Arts Council has made its bid to turn our high streets into culture quarters with two reports, the Fabian Society has published another calling for a fund to help councils buy high street property to convert to creative enterprises.

And tomorrow (September 19) Historic England is revealing ithe economic recovery programme in its £95m High Street Heritage Action Zone scheme based on the historic nature of our parades’ architecture, and also announcing its cultural programme commissions for a “national artistic celebration of the high street”.

But those high streets were already devastated before the lockdown, with the Local Data Company recording 25,700 shops having closed in the year to September 2019 in a review of 3,000 retail centres. So 12% were empty, and many more went during the 83 days of lockdown. By the end of June footfall was down 50%, and names like Oliver Sweeney, T M Lewin, Harvey’s Furniture, Victoria’s Secret and Cath Kidston had disappeared. Yesterday even John Lewis, the very personification of the high street, announced a third of its Oxford Street flagship was closing, to be rented out as office space. 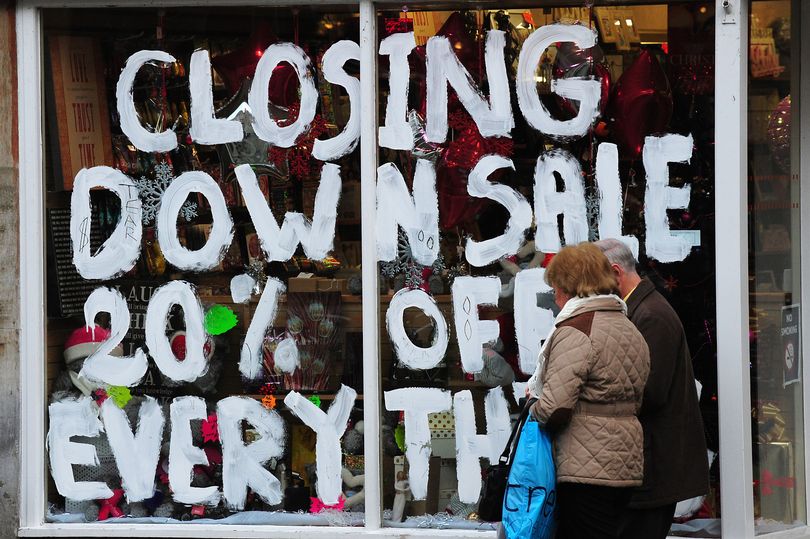 ACE’s case is that if ever there was a disaster waiting to be turned into an opportunity this is it. Our cultural nodes are already at the heart of our communities,  and the ACE-commissioned report, Arts and Place Shaping: Evidence Review, says the evidence of culture revitalising the high street and supporting local economies is plain. So, says ACE’s CEO Darren Henley, “An investment in culture is an investment in our high streets”, making his mark, no doubt, for the next spending review. Within a five-minute walk of the high street are half our ACE-subsidised art galleries, 39% of theatres, and 18% of museums.

Cultural organisations, says the report, help build civic pride, increase footfall in high streets even when retail is failing, repurpose vacant buildings and create sound employment. A lot of arts buildings and venues are already multi-disciplinary. As well as their primary purpose as theatres, museums, concert halls, libraries and arts centres they provide the community with cafés, bookshops, bars, restaurants, education space, screens and – how vital has this proved in recent weeks with official public loos locked – accessible toilets.

The kind of projects ACE has in mind are the Tees Valley Great Places programme in which a not-for-profit organisation took over a derelict shop and turned it into a centre for creative work; Manchester’s Hallowe’en in the City in which inflatable monsters appeared above retail businesses (pictured); FabLab Devon based in Exeter Library providing maker-spaces.

The report, commissioned from Wavehill, builds the case from creating social capital through cultural participation – even the WHO says the arts has a role in improving health and wellbeing - cultural activity encouraging volunteering and “prosocial behaviours”, arts influence builds cohesive communities and a sense of place, culture creates more harmonious communities and is useful for retraining offenders so making neighbourhoods safer. And art makes where we live more attractive, viz the murals that have been appearing overnight all over our urban piles in recent years.

It goes on to make the case for culture as a catalyst for regeneration, referring to the Key Cities Group’s research and the Cultural Cities Enquiry, well-trodden ground here https://www.artsindustry.co.uk/feature/1519-city-scope-putting-culture-alongside-housing. But it also quotes research by the Institute of Place Management and Manchester Metropolitan University whose survey finds that while “retail was still seen as an important element for the future of the high street by those participating, they also saw high streets offering other activities that served the community. They were places where individual and collective experiences should happen”. That’s in tune with Historic England’s report on the changing face of the high street: people are increasingly looking for a leisure experience rather than just shopping.

The government already gets most of this. A Future High Streets Fund was launched in 2018 with a £1bn pot to rejuvenate high streets and help them remain “vibrant places for their community”. Twenty places from Swinton to Thornton Heath are in a pilot scheme to share £350m with a High Streets Task Force to help them spend it.

What’s missing is the arts, and the Tories aren’t alone in missing the point. A year ago Yvette Cooper launched Labour’s counter to the government’s UK City of Culture programme by demanding a “UK Town of Culture”. Why not make Huddersfield a capital of culture because of its contemporary music festival? Or Bridgwater because of its Guy Fawkes Night party? Or Colchester because of its art gallery? She’s not getting it either – the point is to bring new cultural and creative activity into urban centres attracting new audiences, not to overload established well-subscribed programmes. Anyway, the initiative seems to have barely outlasted last year’s Labour Conference at which it was aimed, despite the government’s attempt to counter it with a launch in Wolverhampton which the communities ministry hadn’t realised had graduated from being a town to a city 20 years before.

Enter the Fabian report, Cultured Communities: The crisis in local funding for arts and culture. It’s mostly concerned with halting the outflow of arts funding by devolving responsibility to local authorities with ACE taking on an advisory role, but more particularly it wants £500m to help councils buy empty high street shops and rent them to arts organisations and creative freelancers “and for other uses that strengthen local arts and culture”. It can be better than that.

The point would not be to have digital artists beavering away behind frosted glass windows that might as well be closed shops for all the needy public can tell, but more imaginative uses. So if the local theatre is 15 minutes walk away, why not have its box office, plus café and bookshop and even a small studio performance space, where Laura Ashley used to be? Why doesn’t John Lewis lease at least a floor of its vast and useless building (its online sales went up 84% between March and April while overall sales were down 17%) on an affordable rent deal with the local authority as studios to artists who could also have a small exhibition space on the ground floor to show and maybe even sell their work? Why not allow museums’ artists in residence to use the former Monsoon space as an education pod?

But as ever it comes down to economics, and whether politicians understand or even like the arts doesn’t matter. What does matter is that as well as bringing a bit of joy back to our jaded centres what happens in the studios and workshops that could be behind the old Boots and WH Smith facades is the grassroots of the creative industry that at the last count (pre-Brexit) was worth £111bn a year to the economy, an income that the Treasury has never needed so badly before.