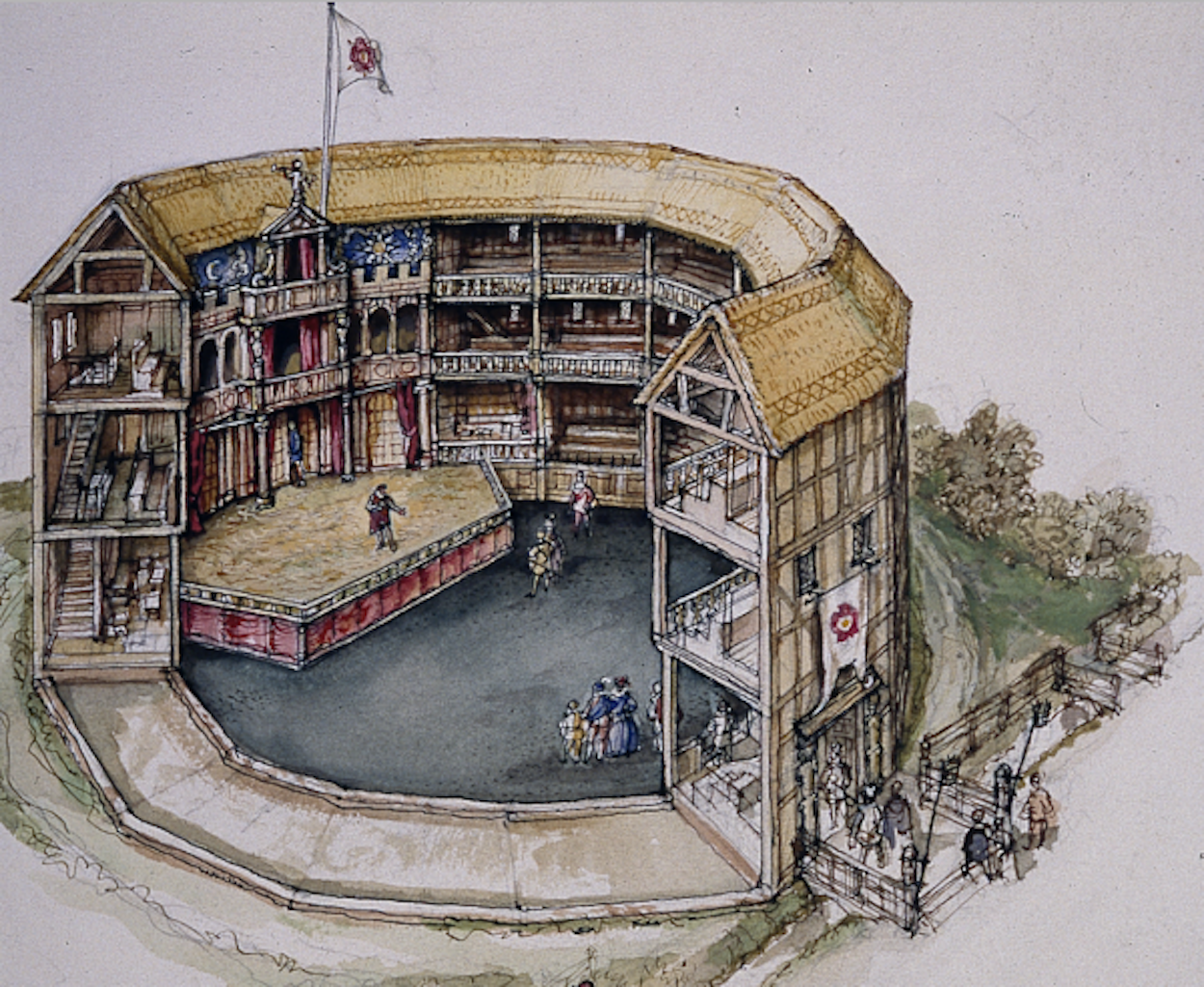 TAITMAIL The adventure of The Rose

Not a rant this week. I’m shoving aside the American omnishambles and the lockdown to talk about something that’s fascinated me for more than 30 years and never stops giving: the Rose.

As theatre in all the word’s meanings is forced into another round of existential introspection by enforced closures, we’ve got a chance to look at where it all started.

The fact of the Rose, the only Tudor Bankside theatre we have actual evidence of, is enthralling in itself, but the drama of the threat to it remains and the stand taken by the theatre community led by the likes Judi Dench and Ian McKellen, not to mention the redoubtable Peggy Ashcroft and even Laurence Olivier, adds a whole new dimension to it.

The Rose had become personal and groups of actors came down most days of the dig – Peter Hall brought the entire cast of his West End production of The Merchant of Venice, including Dustin Hoffman, in half a dozen taxis. One of the most moving sights was Judi Dench, thinking she was unobserved and in the pouring rain kicking off her shoes to step onto the stage area that had just been found; and the look on McKellen’s face as he realised how close the audience  was to the stage – the nearest we get today is TV, he murmered, “they wouldn’t need make-up”.

The site still needs to be fully excavated and there’s a £10m appeal to fund an ambitious scheme to complete it and build a performance space and museum above it. 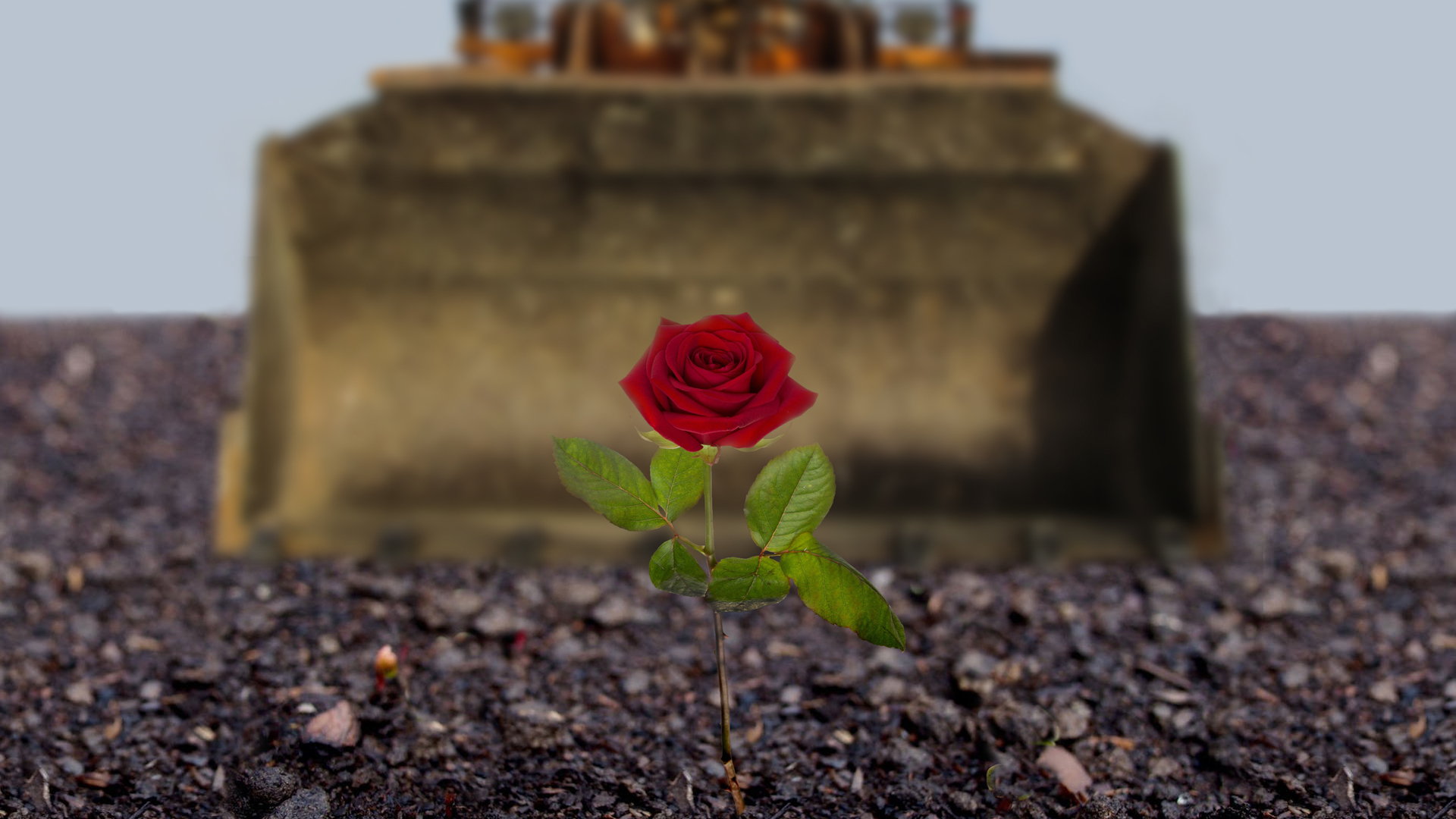 As part of the campaign playwright Ben Prusiner has written a short play in which the historical characters involved in the building of The Rose at about the time of the Spanish Armada get to mingle with the events of almost 450 years later, and it’s getting a free online read-through by a star-studded cast later this month, details further down.

The Rose is a listed scheduled monument and on the Heritage At Risk Register. Erected next to where Southwark Bridge is now it was the first of the Bankside Tudor theatres, built by an early day impresario called Philip Henslowe whose stepdaughter, Joan, was married to the Ian McKellen of his day, Edward Alleyn. What makes the Rose especially unique is that all the papers about the founding and running of the playhouse were left by Alleyn to the school he founded on his south London estate, the College of God’s Gift - Dulwich College – where they remain for Prusiner to plunder.

It was at the Rose that Shakespeare may have started his acting career and where his Titus Andronicus and Henry VI Part 1 were first performed. He switched his allegiance to the Globe, built five years after the Rose where Christopher Marlowe became the resident playwright – the map here shows how close they were to each other. It fell into disuse in about 1606 having been overshadowed by bigger new playhouses, the Globe, the Star and the Hope. 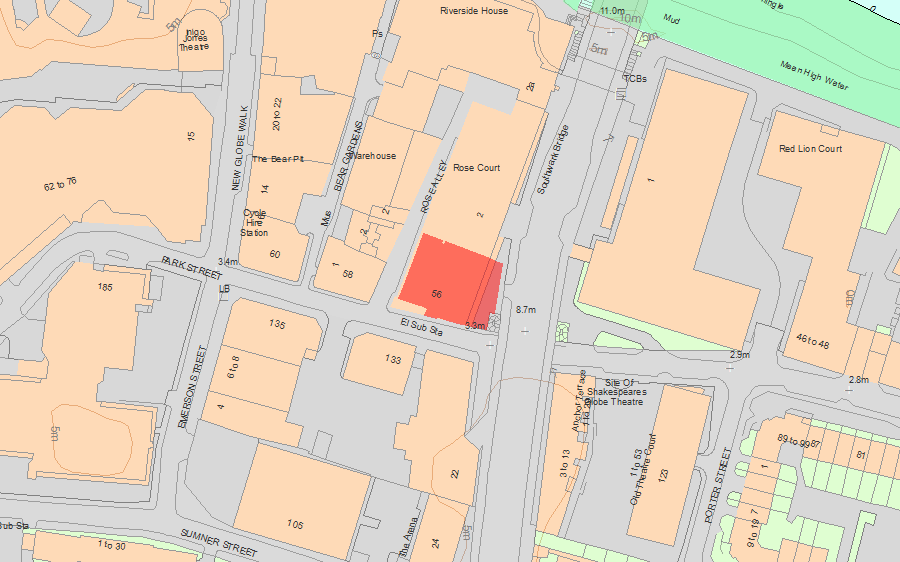 Archaeologists found the Rose in 1989 in a routine dig prior to a new office block going up, and the quality of what they found stunned both them and the theatre world. Remarkably well-preserved timbers and brickwork showed them the shape of the galleries, the pit where the groundlings stood, the stage and even the tiring house, as the actors' dressing rooms were called.

But when the Museum of London archaeologists had managed to uncover and record three-quarters of the theatre their time was up. The deal with the developers was that they pay for and give agreed time for “rescue archaeology” - recording but not preserving – and they could then bulldoze the whole thing and get on with creating their new office block (now replaced by a newer office block). But this find had turned out to be more important than anyone dared to expect, and theatre folk joined the archaeologists in protest; English Heritage sided with the developers - a company called Imry - and there were questions in the house.

There was no budging Mrs Thatcher’ environment secretary, Nicholas Ridley (whose namesake had been burned at the stake by Elizabeth I’s predecessor), and on a sunny Sunday afternoon in May as the bulldozers were being prepared for the following day’s gruesome work, an army of protestors got off trains and tubes at London Bridge or rattled up on bikes or in cars they couldn’t park, before cramming into Park Street and Rose Alley to say “they shall not pass”.

I was shoulder to shoulder with a doublet-and-hosed varlet dangling his plume who turned out to be Lesley Grantham, EastEnders’ Dirty Den; Celia Imrie generously said that since her name was almost the same as the developer’s I could use it in any way I thought appropriate; and someone managed to rig up a Tannoy system to broadcast the voice of Olivier himself whose “Cry God for Harry, England and the Rose!” brought a cheer and a tear to many an eye – it turned out to be his last public appearance, he died six weeks later.

And they won. The event made the TV news that evening, the government caved, Imry had to rethink its plans and the remains were encased in concrete while the new building went up around them.

There are still mysteries to be solved in the 25% of the building yet to be examined, like why the original structure had no stage (possibly because initially it doubled as a bear-bating arena), why the later stage was moved, what the main entrance looked like, how you got access to the galleries. And why was it called the Rose? Rose Alley was there before the theatre when the principal activities in the neighbourhood were drinking, whoring and bull-baiting, and it may have taken the name in a slightly unsavoury Elizabethan joke (ask me afterwards).

“We think that the Rose contains the imprint of the fundamental staging changes that characterised this period in English drama, and represents a link between the earlier standings and the emerging playhouse” Andrew Gurr, the leading Shakespeare scholar, told me later. “This is the only Elizabethan theatre from Shakespeare’s time which Shakespeare used from which any archaeology is going to come, and the fact that the dig in 1989 was truncated so abruptly means we are tantalisingly on the brink, and a new excavation is the only chance we’re going to get find out more.”

The Rose Theatre Trust is now has a lease on the site, plus the blessing of the new owners of the building above, and its mission is to complete the dig and build the public amenity associated with it. The architect is Nick Helm who has designed a spiralling observation platform and a performance space, as well as an exhibition. The entrance to the site will be from Rose Alley and the ground level of a new museum display will be visible from the street through glass walls.

“The three aims” Helm told me “are to ensure the long-term preservation of the remains, provide the widest possible access to and enjoyment of the Rose Theatre and to develop the physical, sensory and learning potential of the theatre.

“It’s an educational environment where theatre has to be robust, but it’s never going to be protected in the Peter Brook sense. It’s a site specific found space, and we like to say that this is ‘placial’ rather than ‘spacial’ architecture.”

So all this is the basis of the play, Rally for the Rose, which gets its debut public read through at 7.30pm on November 21 when Joan Alleyn will take us through the whole thing. Dame Peggy and Sir Larry have gone now, but Dame Judi and Sir Ian will be at their posts again, along with Dame Janet Suzman, Michael Pennington, Jeff Rawle, Lily Nichol, Jonathan Livingstone and Shane David-Joseph.