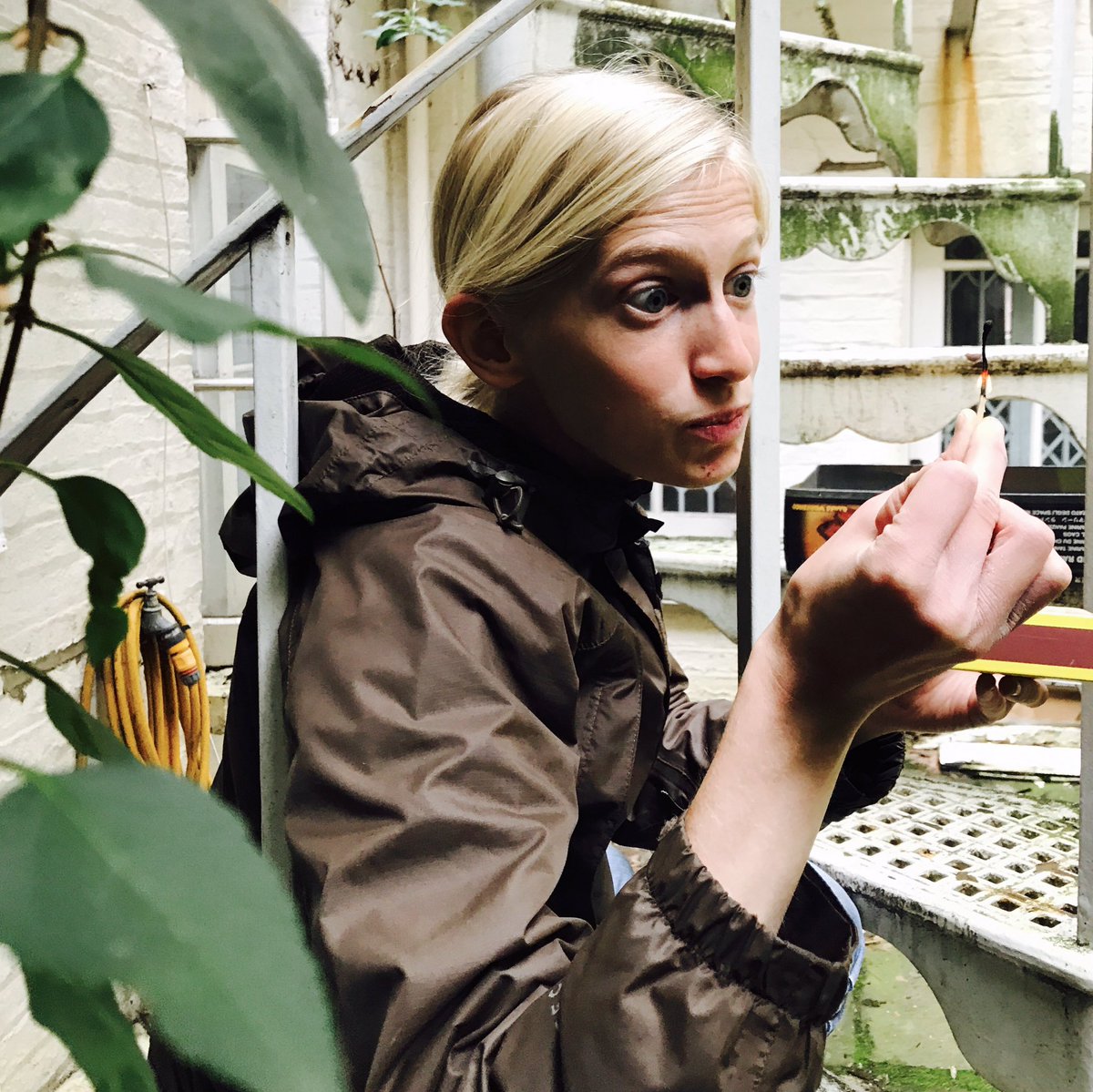 TAITMAIL Covid, the liberation of Nell Hardy… and Mary Wollstonecraft

The actor and writer Nell Hardy has taken experiences most of us would prefer to shove at the back of our memory bank and has made art out of it.

Hardy, pictured here, has brought the traumas of childhood abuse, homelessness and confinement in a mental institution to create her one-person play NoMad in which she uses the narrative to lay bare society’s ignorance about mental health and how it is affected by social insecurity, and it’s done with humour as well as bathos. “I have tried to communicate my internal life as a result of my experiences in a way that opens it up to the empathy of audiences everywhere, so I hope it is also performable beyond me” she says. The victim of failures of institutional society, “I saw the need for someone like me to expose the long-term damage that is done to individuals, socially and psychologically, as a result of these failures”. NoMad is being broadcast live online via Greenwich Theatre on November 27 and it’s a gift she can give thanks to Covid. https://www.artsindustry.co.uk/feature/2278-my-story-online-drama-that-is-a-cry-against-homelessness-and-mental-health-ignorance

One of the contrary benefits of Covid has been online performances like Hardy’s, mostly unearning but platforms through which the likes of the National Theatre to the Whetstone Drama Group are able to keep some kind of faith with their audiences.

Hardy hopes her play will get a stage performance with a live audience one day, but if it does it will probably be because it was first seen on computer screens, which it would not have been without lockdown.

Covid is also allowing us to see aspects of theatre-making that normally happens behind closed doors and the general audience doesn’t get a chance to experience. Thanks to Zoom and other media we will be able to see the Rally for the Rose read through on November 21, as I was urging you to last week, and there are other readings coming https://roseplayhouse.org.uk/events/event/rally-for-the-rose/.

One of the most enticing will be a live reading on November 19 of Shakespeare’s The Tempest that will see two of Peter Hall’s daughters working together, Jenny as director and her half-sister Rebecca as Ariel, with Geraldine James taking the lead as Prospero. “Live theatre feels like a distant memory” Jenny Hall says. “I saw the opportunity Zoom gives us to present a live reading with a magnificent international cast, and where we can pass on the great skills of verse speaking to a new generation of outstanding young talents”. https://www.ticketsource.co.uk/the-tempest-shake-festival

By a quirk of fate, we get the chance to put the Armistice and Mary Wolstencraft together in a sentence. This week Historic England announced it was listing 132 war memorials to mark the centenary of the Unknown Warrior’s funeral, 132 examples of public sculpture that most of us don’t even see so familiar are they in the townscape. It’s an interesting reversal of the prevailing cancel culture mood to ditch public monuments when they can be interpreted as sub fusc memorials to something we would rather forget, like slavery and colonialism.

The one thing war memorials haven’t been noted for is the quality of their creators’ art. They are formulaic, pro forma, designed to a universally recognised brief. They are meant not to arrest you or make you stand and gaze, but to give you peace of mind in knowing that society has done its duty to the memory of these nearly all young people who had died in doing theirs.

The same could be said about the statues the Victorians put up at every conceivable strategic point of people who have mostly been long forgotten, or whose claim to glory is long lost – what is the fanciful statue of Richard I doing outside the Houses of Parliament, a mid-19th century imagining of a monarch who had no use for parliaments except to pay for his crusades, spent six months of his ten year reign in this country, and then inflicted King John on us? They are uniformly bland, lifeless, with blank eyes staring blankly into a blank eternity. And until now, what they haven’t done is encourage discussion and debate.

The memorial to Mary Wollstonecraft got tongues going the moment it was revealed this week. She was the writer and philosopher who wrote A Vindication of the Rights of Women in 1792 and died five years later aged 38, and for many she was the mother of the women’s movement.

“I do not wish them [women] to have power over men; but over themselves” admirers like to quote from her book. “Taught from infancy that beauty is woman's sceptre, the mind shapes itself to the body, and roaming round its gilt cage, only seeks to adorn its prison”. And that quote could be exactly manifested in this sculpture. 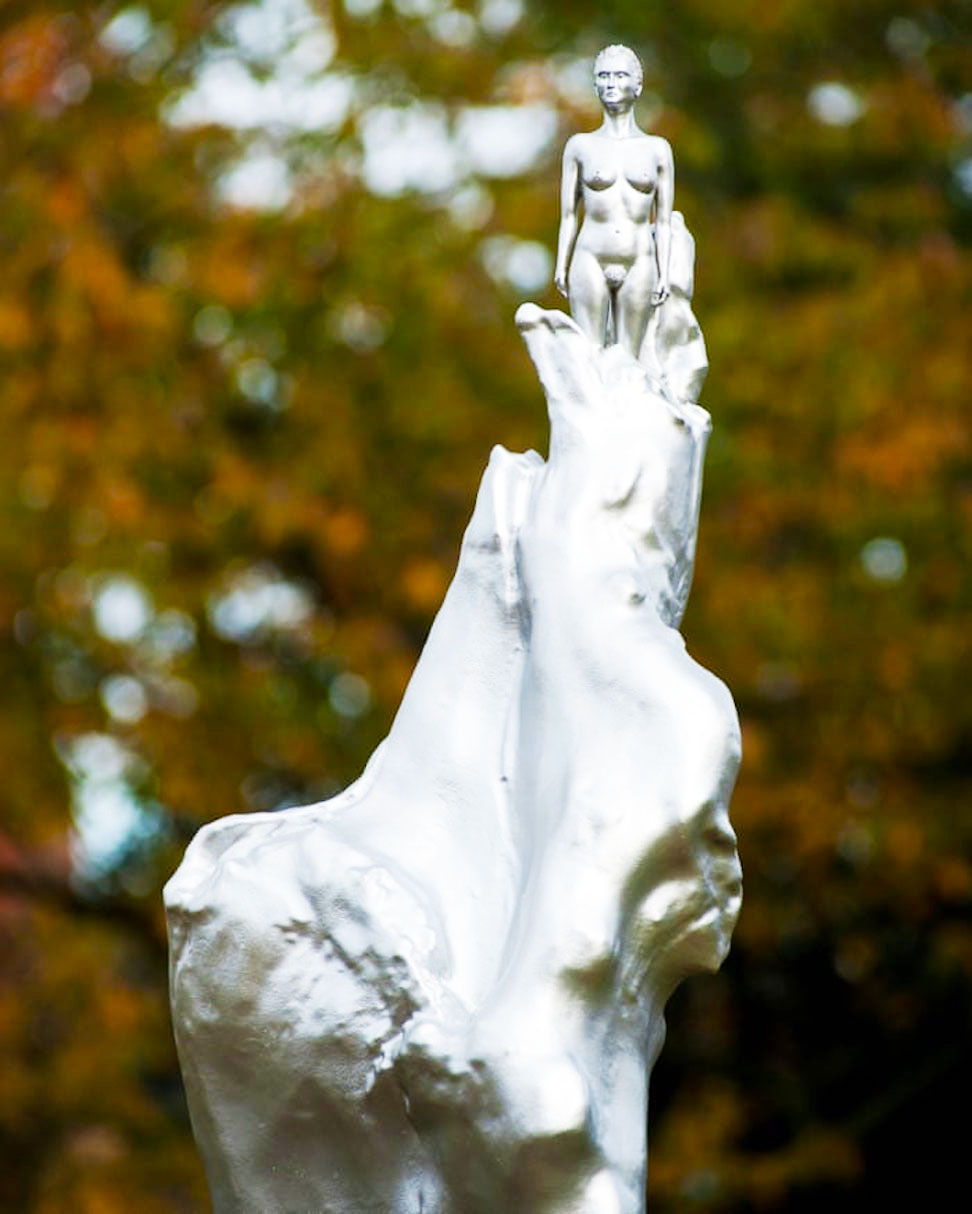 It’s Maggi Hambling’s piece, unveiled on Newington Green this week. A ten-foot tall slivered metal work of art, criticism of it was kicked off by the Daily Mail’s headline “A monument to naked idiocy”. Because it shows a naked feminine form emerging from a maelstrom of writhing, struggling female shapes. She has pubic hair, a strong unbeautiful face that could even be Ms Hambling’s own and a steady frontal gaze. Here she has broken out of her prison of systemic inequality. She is not sexy, she is not Mary Wollstonecraft, she is woman.

But now she has to fight the cancel culture that objects to the portrayal of naked women, or the haters of the perennially controversial Hambling – chiefly a painter but who got good rows going with her sculptures of shells on Aldburgh beach and Oscar Wilde opposite Charing Cross Station – or the thing’s £143,000 cost. Having done that, we might get to talk about what Wollstonecraft was actually on about and why, 230 years later, we’re still talking about equal rights for women.

Getting the sculpture in place was the ten year project of the journalist and author Bee Rowatt who has written a book about Mary Wollstonecraft. There are precious few memorial statues of women, she points out, and if you don’t think there’s enough to discuss in the case of Mary, there’s plenty more – Annie Besant and the Matchgirls, Sylvia Pankhurst, Mary Anning, Virginia Woolf. But Hambling’s piece is a work of art, not just a fanciful likeness of the possible appearance of someone we don’t need to remember. Let’s have memorials that give us something to talk about.