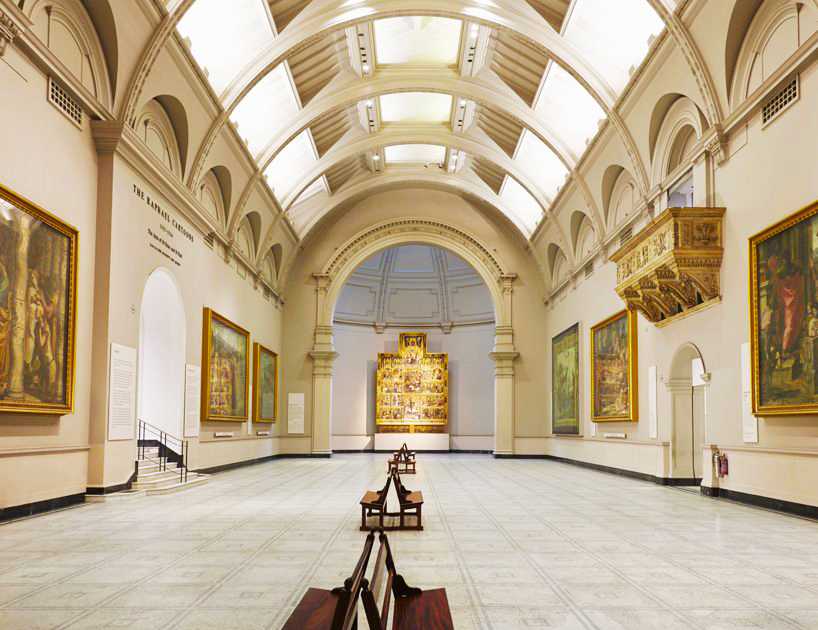 TAITMAIL Our museum walls are closing in

In the circumstances it seems like a pragmatic decision for a national museum. Almost obvious. Never mind arbitrary closing of some galleries, limited cafe service, skeleton-staffed shop. Just close the place for a couple of days a week.

But the V&A’s decision is a watershed, a signifier of just how badly hit even big cultural institutions have been by Covid and the lockdowns. The museum has decided it will have to be closed on Mondays and Tuesdays for at least a year.

It’s nothing new for the old place. In the 80s it was shut every Friday, ostensibly to give the cleaners a day to spruce up the galleries, but actually it was when the curators could get on with their research papers undisturbed by the 2,000-odd folk that traipsed through on a normal open day.

The world has turned many times since then, and the ethos is different now. Back then the V&A’s head of publicity complained to the director that the museum could never raise its visitor numbers while it was inwardly looking, when the public was seen as a necessary nuisance. He was ignored then, but the public is now the first priority for museum management. There are more like 11,000 visitors a day now, a vast new shop and blockbuster exhibitions aimed at consumer design more than history of art, for which it has been able to charge handsome admission fees – although it’s free to get into the museum it will cost you £12 to see the delayed Bags: Inside Out show that opens tomorrow. Last year Leicester Council decided that curators were totally dispensable and got rid of all of them from its museums and galleries, “to be more user-focused” its spokeswoman said.

Financially, the V&A has been a big earner of late, generating £64m in 2019-20 which is 55% of its income, the rest coming in its government grant, a grant that has been cut by around 33% in the last ten years. But this year the museum has lost more than £30m and is expecting £5m – probably as a loan rather than a grant - from the government’s £1.57bn culture rescue fund.

But there has been a catastrophic drop in visitor numbers: no footfall, of course, from March to July, then in August 15% of the same month’s figures in 2019. Assuming it is allowed to open normally in 2021-22 the museum is expecting less than half of the numbers in 2019-20. The V&A’s deputy director, Tim Reeve, think it might be five years before they’re back up to 2019 figures. He was hoping for an autumn boost and a Christmas bonanza to make up some of the loss, but then came the second lockdown for a crucial month, and who knows what the situation will be after December 16.

None of that takes into account Brexit. At the time of writing it will be a no-deal Brexit, meaning many fewer visitors from Europe, and with clean air target tyranny meaning less air travel the rest of the world is going to feel less inclined to make the trip.

It means the staff will take a hit, probably around 85 of them will have to be made redundant in the case of the V&A, and even in a complement of 1,000 it’s a loss that will be badly felt.

The people that care for the nation’s treasures like they are their own babies are scandalously underpaid for their qualifications. The lowest rung on curatorial level is museum assistant; thefe is enormous. Competition is  tough and for every vacancy there are hundreds of applications.  To get a job as an MA need a very good degree, preferably a PhD; you will be expected to work a full 40-hour week, often very physical work; and in return you will be paid an average of £9 an hour - the national minimum wage for age 25 and over is £872, the London living wage is £10.85.

Tate is preparing to lose 12% of its full-time workforce on it four sites, in response to a financial loss of £56m and a drop in annual visitor figures from 8m to 1m. “The knowledge, experience and passion of our colleagues across Tate is at the heart of our success and is hugely valued” Maria Balshaw, the director, said in a statement. “We nevertheless have no choice (but to ask for redundancies) given the impact of the pandemic on our finances”.

Tate has halved operating budgets, frozen non-essential recruitment, cut executive salaries, restructured retail and catering and exhausted its emergency reserves. As for all major museums, blockbusters will be fewer and further between, because of the cost and new customs complications of importing loans from abroad, and they’ll be on for probably six months each or more instead of the usual three, one or two crowd-pleasers rather than three or four, meaning proportionately less earning power. An important income has come from exhibitions generated here travelling overseas, and border restrictions will severely curtail that.

And if it’s a bleak outlook for national museums with multimillion pound incomes, for smaller museums the country over it is even more bleak, and there are fears that if there is another lockdown or wider Tier 3 designation several will not be reopening at all, let alone for two days a week.