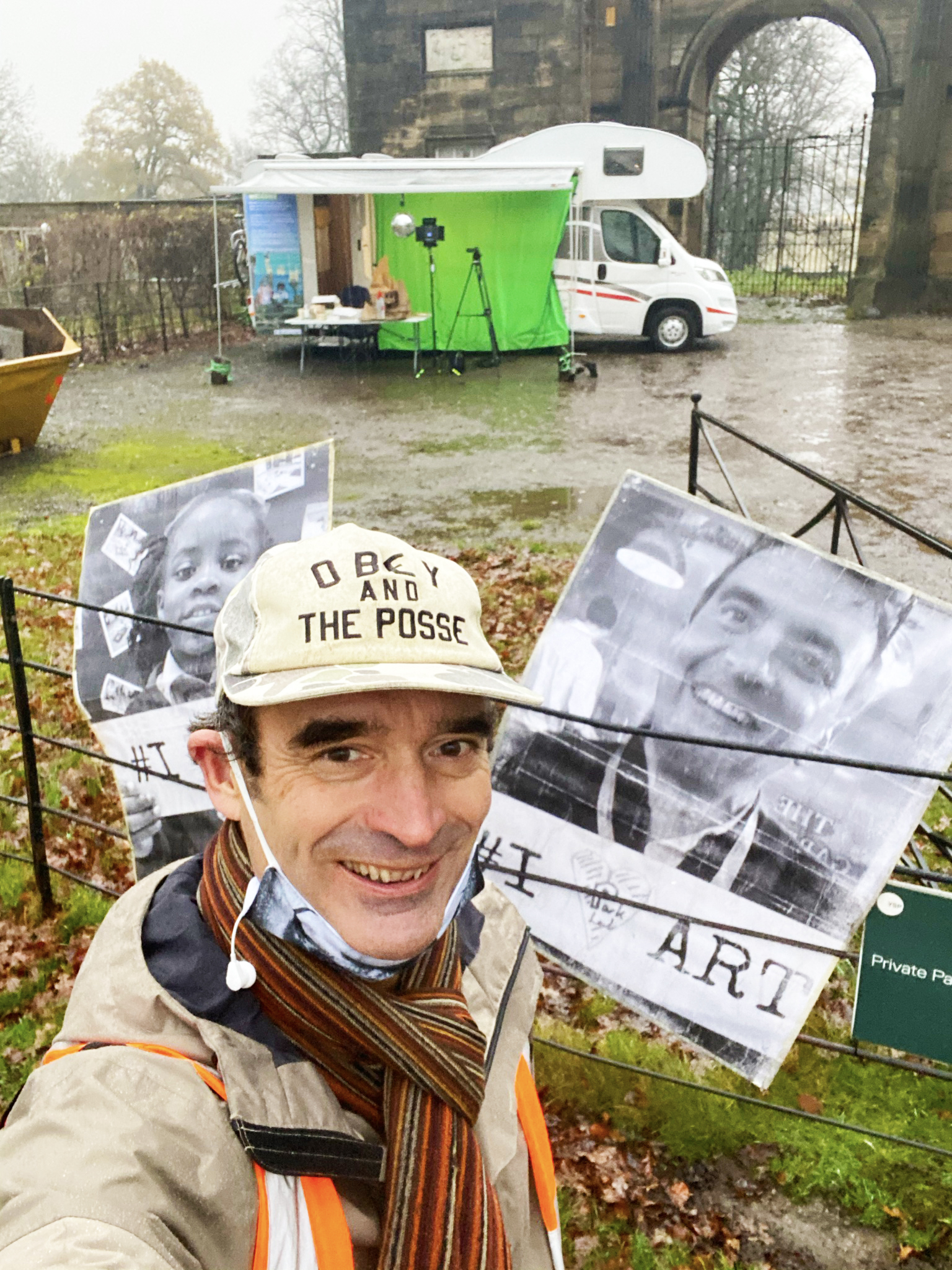 TAITMAIL But I get up again…

Founded ten years ago, STEAM Co. is on a mission to encourage creativity in schools and communities across the disciplines - Science, Technology, Engineering, Arts and Maths - and it has never been busier than in this Covid year. The Co. is for Collaboration.

The government-funded £120m Festival 22 - the National Festival of Creativity and Innovation to give its current working title - is about showcasing creativity and how the arts can turbo-charge communities. Yet despite early encouragement, STEAM Co. is not part of the festival plans.

This is not a postmortem into why the decision was made. STEAM Co.’s founder is disappointed but understands why. Yet STEAM Co. is typical of the verve and fervour of the champions of creativity at grassroots level and its many beneficial properties in probably hundreds of well-meaning but under-funded endeavours across the country. It’s worth looking more closely at this one.

STEAM Co. was founded in 2010 by Nick and Amanda Corston, he a former marketing executive and she an architectural designer, who were concerned that Michael Gove’s education reforms were squeezing creativity from their children’s and other school timetables. The third member of the STEAM team is Jackie Schroer, talent spotter in the music industry and chair of governors at a primary school. But it depends on the support of volunteers, parents, teachers, artists and local businesspeople.

And they have support from personalities, including Boff Whalley of the rock group Chumbawamba whose Millennium hit Tubthumpin’ could be STEAM Co’s anthem, Corston says, and the essence of the spirit they want to instil in our kids –

“I get knocked down, but I get up again
You are never gonna keep me down” -

Corston is a disciple of Sir Ken Robinson, the academic who in 1999 wrote All Our Futures: Creativity, Culture and Education (The Robinson Report), and his 2006 talk Do Schools Kill Creativity? has been viewed online 60m times. But unless you tread carefully it is a political minefield. One leftist Tweeter, a teacher, posted: “Creativity is for people with glasses who lie”. Robinson, who died in August, wore glasses. A right-wing critic from the Gove/Cummings camp was reported in the Times Ed as calling Sir Ken a “butcher given a ticker tape parade by the National Union of Pigs”.

Although based in London STEAM Co. works mostly outside the capital, taking teams into schools for half or whole days, and encouraging teachers and parents to continue the activity – the children can pick from 20 wildly diverse activities, such as coding, bubble making, spin painting, beat box, ukulele, rocket making, cookery, all of which the team has devised modules for.

Steam Co. hasn’t been without its proponents. There was early support from the London Grid for Learning which helped get STEAM Co. live streaming when lockdown came. National Grid, Barclays Bank and Google have helped, and there was support from businesses in the area for a King’s Cross event. There’s been a grant from the government’s Culture Relief Fund and money from ACE’s Emergency Arts Fund which allowed STEAM Co. to create a green studio.

During lockdown it organised a series of three-day festivals at places like the Eden Project and Glastonbury with Glen Matlock, bassist for the Sex Pistols, and the Kemps from Spandau Ballet, and where it built its own cardboard pyramid stage. And alongside these stars they gave a platform for Lennie, a boy from Leeds with cerebral palsy who can’t hold a pen but is a gifted pianist, who as a result appeared on ITV and BBC news programmes.

A Leeds festival hit a hiccup when the area went into Tier 3, and instead STEAM Co. was given space and facilities at Yorkshire Sculpture Park to park its hastily rented camper van, paid for from the government grant, with its green studio to live-cast to schools – my picture shows Nick Corston there with the van.

Things don’t always work. With its Aim High initiative this summer STEAM Co. wanted to rent a video screen for an audience of children to watch a Stormzy performance, but could only raise £600 of the £3,000 it needed. Instead it used a TV set on a trolly, and a week later was provided with a video screen that pulled out of the top of a van.

The use of heroes from children’s orbit is no accident, a name they know from the telly will get their minds snapping to attention, and Corston is bold in approaching stars. When he can get to them personally he will score a hit, as with Nile Rodgers who did a podcast from New York to a recent STEAM event in Toxteth, Liverpool. He has got near to endorsement from the likes of Elton John, but often their managements are an impermeable cordon around them.

Corston’s disappointment over not being included in Festival 22’s plans stems from having felt encouraged by the then culture secretary, Jeremy Wright, whom he dubbed the Minister for Collaboration, at the launch of the idea in Coventry in 2019. Applicants had to be parts of consortia and STEAM Co recruited poets from Cardiff Docks, community artists from Derry, a games producer from Glasgow, a street artist from London and a world leading UK event streaming platform provider with over 20 years’ events experience, “but we didn’t have a Jamie Oliver, a Siemens, a university – somebody to pull together the central spectacle” he says “though we did have access to some urban chart topping heroes who clearly didn’t cut the mustard”.

Instead, Corston and STEAM Co. are launching their own Patreon appeal for £1m to get a dozen mobile green studios to centres all around the country, with a first target of £150,000 for three in 2021, and who knows, they may yet be part of the £120m jubilee.

An although STEAM may feel left out in one respect, it has never been busier with its high-tech green studio capabilities and indefatigable energy reaping enthusiasm from schools around the country. After nine months of 18-hour days, Christmas for the Corstons is going to be family time.

But in the new year the campaign to bring creativity into communities through their schools will begin again, with #Inspiraiton21 replacing their #Collaborate20 hashtag, in the build-up to #Festival22.

“We started because we saw a need for creativity to connect communities and build greater bonds, because a school is only good as its community and a community is only as good as its schools” Corston says. “It takes a whole village to inspire a child”.

Here’s a film that a dad at Nick Corston’s sons’ current school made about his work with STEAM Co. bit.ly/waartists


This is the last TaitMail of 2020. The next one will come on January 8. Thank you for giving us your attention this year, and if you have liked what we do please help ensure we can continue by subscribing to our own Patreon scheme at https://www.patreon.com/user?u=29710264.

The team at Arts Industry wishes you all the happiness possible in 2021.