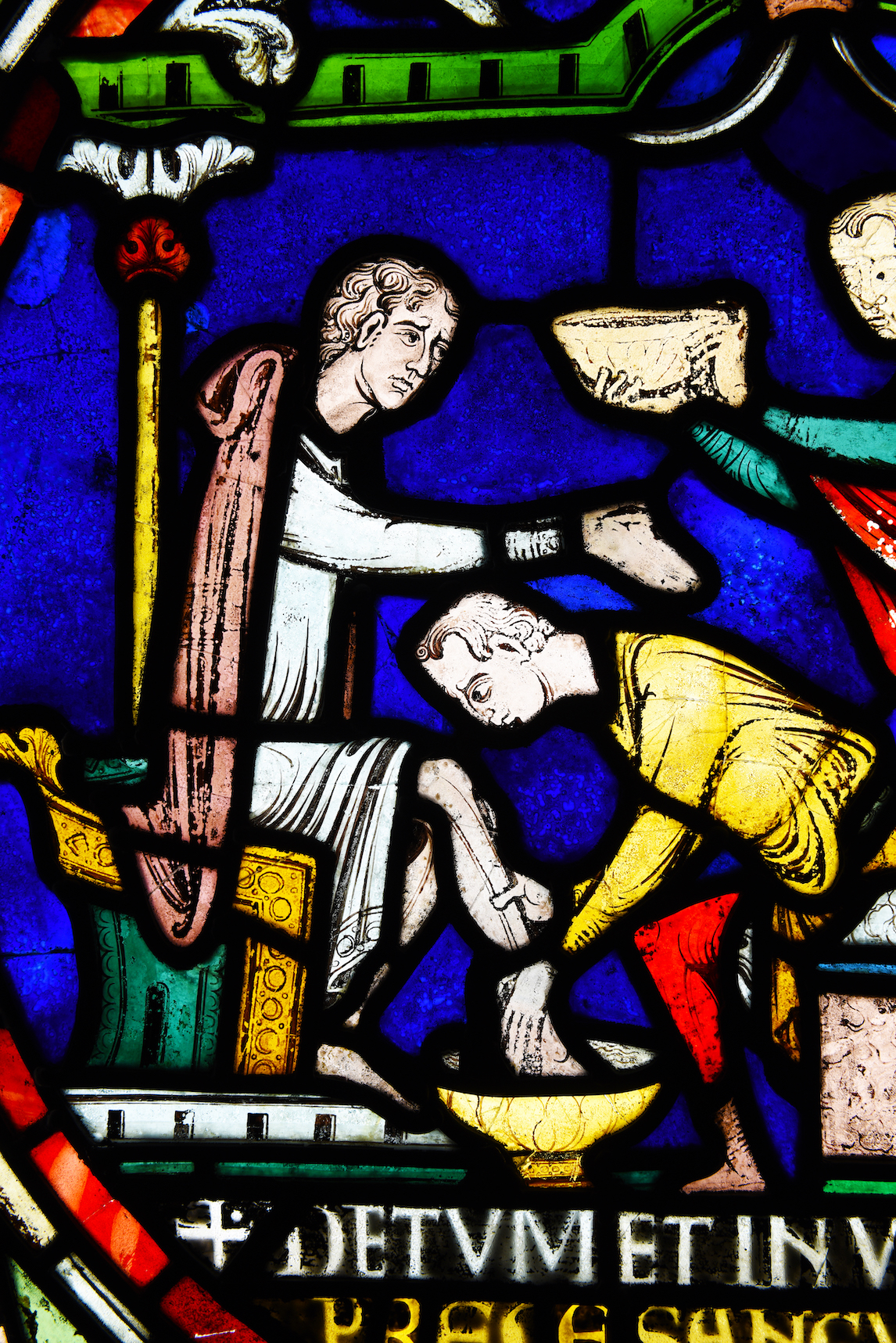 TAITMAIL The miracle of museums

The Canterbury Miracle Windows are a miracle in themselves, in that they have survived the kind of vandals that tear down statues of people they disapprove of.

Well, seven of the 12 of them made it but had to be pieced together again from fragments over the centuries, sometimes wrongly. Six metres tall they were the storyboards about Thomas Becket, his murder, and most fascinating the miracles accorded to his spirit. They are the oldest examples of stained glass in the UK to survive and rank with the great windows in Chartres Cathedral.

For 350 years after Becket's murder by four knights who believed they were operating on the orders of his great opponent Henry II, pilgrims trekked to his shrine at Canterbury Cathedral to be bathed in a mixture of holy water and traces of Becket’s blood, and monks kept scrupulous records of who came, why, whether they were cured and what happened to them afterwards. These windows, made within 50 years of the event, are the medieval version of a graphic novel for a largely illiterate readership. Henry VIII knew how his predecessor must have felt, his will being thwarted by a former friend who took refuge in pious self-righteousness, so in 1538, on a visit to Canterbury, he ordered Becket’s shrine in the cathedral’s Trinity Chapel to be destroyed in a “revisionist purge”.

That phrase is not mine but Robert Jenrick’s, the communities minister, and he used it in a Daily Telegraph article last week to attack those who pulled down the statue of the slaver Edward Colston, announcing that he was tabling new laws to prevent local authorities from allowing tampering with commemorative installations, down to a park bench with a metal plate in memory of Aunt Ethel. “What has stood for generations should be considered thoughtfully, not removed on a whim or at the behest of a baying mob” he wrote, referring to our “shared heritage”, a heritage which presumably is not shared by the descendants of the slaves Colston dealt in.

Well, as with Colston, the baying mob didn’t finish the job in Canterbury. It destroyed the shrine, allegedly burnt Becket’s remains, and smashed the windows but only destroyed five of them so that the rest could be put back together later to the best knowledge available; and though on strict orders to deface any images of Becket, they missed one - in window 5.

For the first time in its long history that window is being loaned to become the centrepiece of the British Museum’s forthcoming exhibition, Thomas Becket: murder and the making of a saint. Becket’s story stands as the most enduring crime in European history because of the players involved and the deep and far-reaching implications of the feud that ended with Becket’s spectacular death. “Becket is one of history’s enduring rebels” defines the cathedral’s glass conservator Leonie Seliger, and when in 2017 the ex-CIA boss James Comey was giving evidence to the Senate about his dispute with President Trump, he cast himself as Becket, “that meddlesome priest”.

Becket was made a saint within a couple of years, and did miracles. In these images we can read about Adam the Forester, shot through the neck by a poacher who was given Becket Water to drink and recovered; of Petronella Polesworth, the epileptic nun who travelled from Warwickshire to bathe her feet in Becket Water and was cured; of Henry of Fordwich, a raging lunatic who had to be tied up as he spent a night by the tomb and was found next morning with his senses restored.

But the point about the Becket Window and its relevance now is that we can learn from it because of conservators and scholars being allowed take clues for new research paths, and they have been able to figure out the correct order of some of the panels and make new sense of the narrative.

Window 5 has been removed from its original frame and the glass images pored over by scholars from Canterbury Cathedral, the museum and across the globe. And in the way of scholars, they have found things that tell us more about politics, religion, art and society in the Middle Ages than we could have had if the baying mob had done its job properly. Modern folk legend has been recorded, too, in the cry of “We have leprosy!” that went up in Leonie Seliger’s studio the day they discovered what identified Ralph the Leper for them – spots on his bare legs, confused with corrosion on the glass until they could be examined close to (pictured here). And we can read the full story of poor Eilward of Westoning, maliciously blinded and castrated for petty theft, all elements of which mutilations were restored to him by St Thomas.  Records show that Eilward became a pensioner at Canterbury, but in the case of Ralph we discover that a saint can reconsider: Ralph did not proceed to a blameless life and as a result the leprosy returned, worse than before.

The beauty of the window we will be able to see this summer will be worth the pilgrimage to the British Museum, but what curators and scholars have been able to tell from this survival of the baying mob is not that it can be allowed to remain gloriously silent, six-metres tall, untouched and uninterrogated, but that we can learn of 12th century life from it  – about art, design, architecture, social history, fashion, politics, the relationship between church and state to mention a few areas that works like the Miracle Window can enlighten us about if we are allowed to study them properly.

But it is museum curators and their research tools that make it possible, and while the stories in the window would be perfectly readable to its medieval audience, to us it is a mystery until the scholars can get to work.

Which is why Art Fund’s plea on behalf of museums this week is so important. Its director Jenny Waldman tells us that six out of ten museums might not survive the Covid closures, and while the British Museum might not be one of them they all have the same curatorial scholarship that we need to have history interpreted for us. How many knew Edward Colston’s story until the baying mob pulled down his statue? How many know it now? Who will tell it in the future?

Thank you for giving us your attention over the last 14 years, and if you have liked what we do please help ensure we can continue by subscribing to our Patreon scheme at https://www.patreon.com/user?u=29710264.