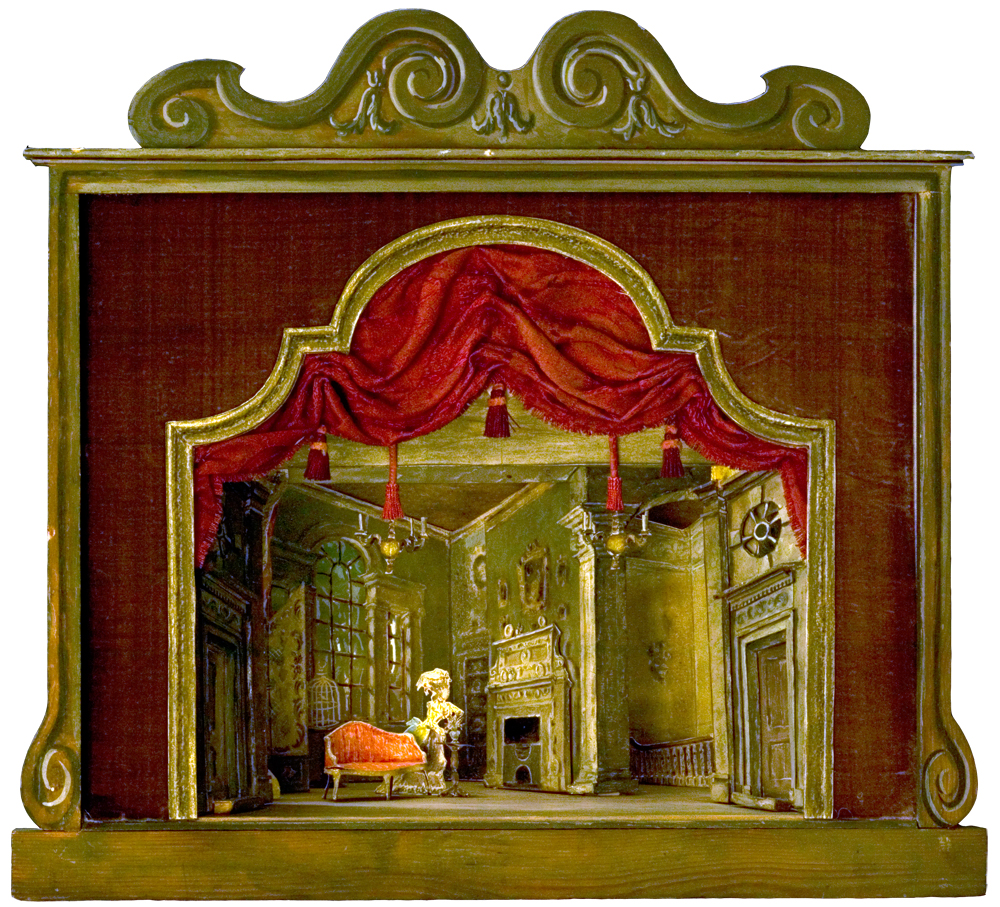 Despite the V&A’s protestations there’s widespread belief that it intends to finally close its theatre and performance department.

At the point when the museum is licking its lips over its new development at Stratford East and the developing stature of its Dundee adventure, it seems an odd self-mutilation for the director Tristram Hunt to make. It is after all a useful show-bizzy platform for populist shows like David Bowie Is which was a serious earner for the V&A and was seen by over a million people on a world tour, curated by the department’s head for the last 20+ years Geoffrey Marsh.

What’s happening to T&P is a microcosm in a microcosm: every public national institution is going through the same agonies as the V&A, trying to get open again as soon as possible to make up for 70% losses over the last year in a world vastly different from when they closed; Hunt has decided that, partly to make up the £10m a year lost, a major overhaul of the whole organisation is called for, as a predecessor Elizabeth Esteve-Coll did 30 years ago doing deep and irreparable damage, creating new departments and at least redistributing the curatorial staff and making some redundant. Among other things the new plan announced on March 3 would involve serious defenestration from the National Art Library and T&P.

Then, with the Budget extending furlough, there was an apparent change of heart and Hunt made a new plan “to keep all 30 National Art Library and theatre & performance archive staff on board” but with the ominous rider “while the review is taking place”. That is, until the end of the year.

The Stage, the curators’ union the PCSU, the venerable Society for Theatre Research, and SIBMAS, the performing arts research organisation which has organised a petition, are mobilising against the proposals and Hunt needs to beware: T&P is near to the hearts of vociferous self-appointed custodians of thespian heritage.
Precisely what Hunt’s thinking is we won’t know for at least six months, if then, while he consults the staff, but here’s what the V&A is saying. The theatre and preforming arts galleries in the V&A, the home of the Theatre Museum displays since it was uprooted from Covent Garden in 2007 (about which more below), will stay. The collection - the National Collection of Theatre and Performance - will also stay. The department that looks after them, however, will cease to be. Instead the 20-odd curators will be redeployed to four new departments: Europe and the Americas/medieval to revolution; Europe and the Americas/long 19th century; Europe and the Americas/modern and contemporary; and African and Asian cultures.

There they will carry on their specialities within their new departments, sharing the office services, the manual attendants needed to fetch and carry large objects, museum assistants, secretarial support and office services, which is where the saving will lie. But it’s not just about cost cutting: the collections will be reclassified in terms of material as V&A collections originally were and presumably re-assigned to new departments. How long will it be before those specialists in ballet, in theatre history, in set design, in stage icons are diverted to 14th century pottery, Victorian pressed glass, Le Corbusier’s architecture or Shona sculpture? And who will be there to fight their corner? And for the many theatre historians who rely on the collections for their research – and whose research has added to the knowledge and the archive - where will the guiding hand be?

The relationship between the theatre collection and the V&A has never been comfortable and it goes back almost a century to 1924 when, after years of nagging, the V&A grudgingly agreed to keep as an archive the extraordinary collection of theatre memorabilia of the wealthy actress and playwright Gabrielle Enthoven who had been campaigning fruitlessly for the foundation of a “national museum of theatre arts”. To her death in 1950 she turned up at the museum every morning to inspect her treasures, and in her will her fortune was to be used to ensure that “proper accommodation for the Gabrielle Enthoven Theatrical collection continues to be provided and for the cataloguing, maintenance arrangement, and description of the Playbills, Prints, Printed Tickets, and other material”.

Then in 1973 Roy Strong, with more than a whiff of greasepaint in his nostrils, became director of the V&A and, realising that the Enthoven Collection had been augmented by many more and making a partnership with the British Theatre Museum Association which brought its own collection, decided to create a Theatre Museum. He appointed Alexander Schouvaloff, whose family had escaped the Bolsheviks in 1917 and was the authority on Diaghilev’s Ballets Russes as well as a talented festival organiser, as keeper. There were fabulous exhibitions – one on the designs of Oliver Messel is unforgettable - in the V&A’s main galleries, while the department itself was crammed into space under the museum’s eaves with, crucially, no permanent display.

The intention had always been to have a separate theatre museum but there was lukewarm enthusiasm for it from the government (the V&A was then still part of the education department, becoming independent in 1984). Joining up with the successful Museum of the Moving Image on the Southbank (and there’s another scandal for another time) was considered an unworkable partnership, making space in Somerset House would be too expensive, and the project was not made easy by the fractious relationship between Strong and Schouvaloff. In the end it was decided that Covent Garden, the heart of theatreland, was the place to be, but the accommodation found was an unprepossessing disused subterranean fruit market store.

Nevertheless, a decent display was created and it opened in 1987 with study areas and a library, as well as a tiny theatre for special performances, but with its collections - Schouvaloff called it “a collection of collections” - stored on the other side of London. That year Strong left the V&A and Schouvaloff found an even less sympathetic director who gagged him; he went in 1989. It was never properly budgeted, though there were decent enough inexpensive exhibitions on such subjects as Peter Brook, Margot Fonteyn and Michael Redgrave, and a wonderful circus show, tributes to scholarship and connections. But in the end Thatcherite austerity swept all before it, bids for lottery money to upgrade it failed and the rent in the Piazza had become unaffordable.

It was closed in 2007, but not before a furious row led by the redoubtable Donald Sinden made it a national issue. “It would be disastrous if it were to close” he thundered. “If it were to move back to the V&A I don’t think we’d ever get premises again”. The then director, Mark Jones, signed an undertaking that the collections would be kept and have their own display space, and he disarmed doubters with his beaming geniality. The V&A’s subtitle, once “the national museum of fine and decorative arts”, became “the world’s leading museum of art, design and performance”.

So the Theatre Museum eventually got its permanent space in the V&A, but now demoted to a department. Many of the specialists left, but the collection became a popular part of the V&A with no further agitation for its own premises.

Until now, and Simon Callow has taken up Sinden’s cudgels: “No other great theatremaking country is without a dedicated museum and a continuously accessible collection” he wrote in The Stage. “That the incomparable richness of our tradition should be relegated to having an occasional outing - that the great theatre collection should lack any properly theatrical permanent home - is absurd and insulting to a profession that has won glory (and a very substantial flow of income) for the country”.

Setting up a new theatre museum would be an enormously complex and costly operation in the present circumstances and nobody is taking the prospect seriously, but what is happening at the V&A is not so much a reorganisation as a revolution and many will see disaster looming. How much the government’s fatuous nationalist posturings over preserving monuments and flying flags will influence the outcome will be interesting to see, but how we tell history politically, geographically, culturally, socially and above all truly has become agonisingly convoluted.

The story of our theatre arts, you might think, is one of the less complicated that has to be told. It needs a public face, the issue that started the saga, but more it needs its scholarship, undiluted by administrative convenience. Hunt, warns the Society for Theatre Research, “runs the risk of setting back the study and appreciation of the extraordinarily rich performing arts heritage of this country”.