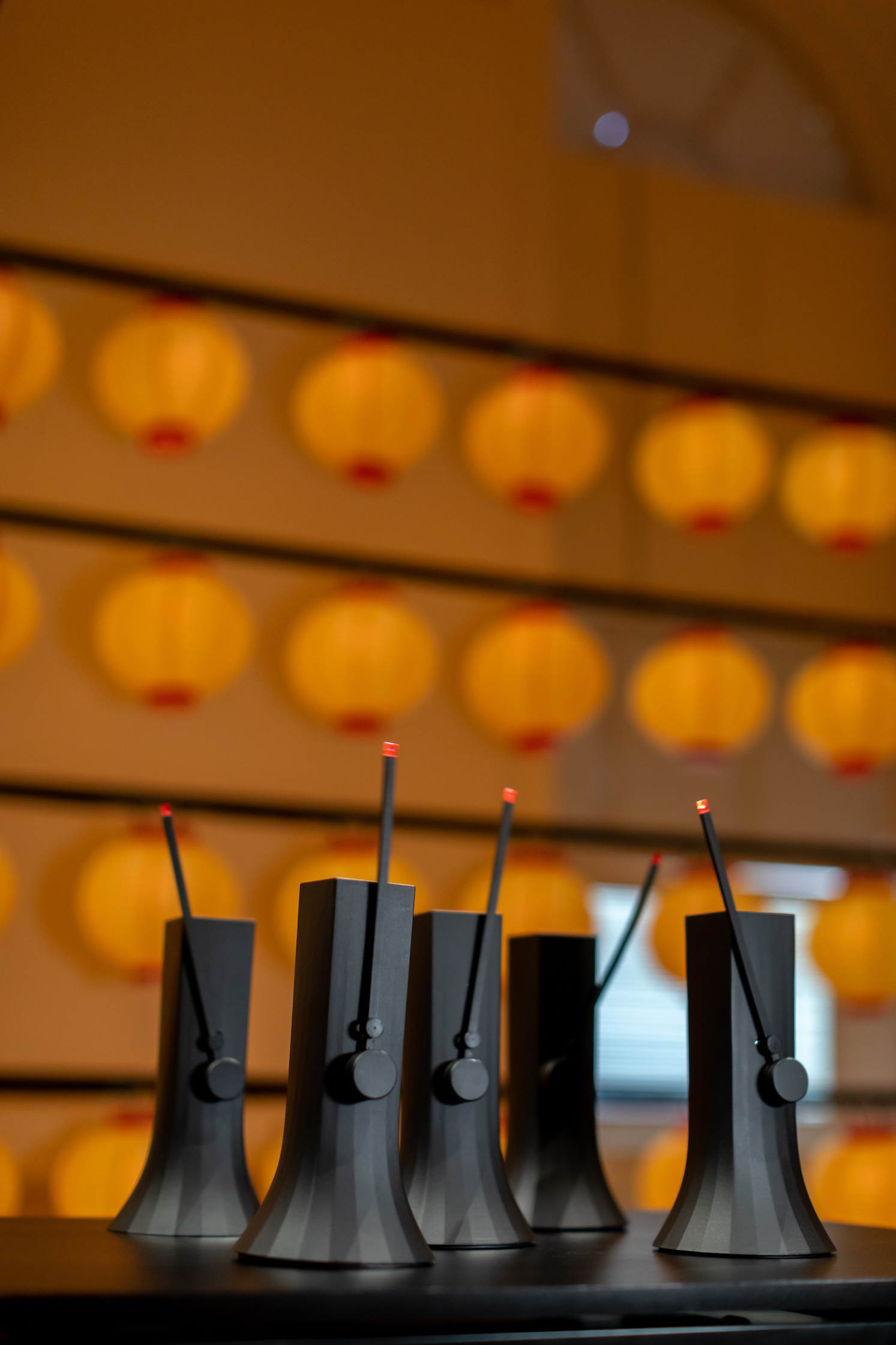 Design, I thought, is the most pragmatic of disciplines, but I was wrong. The London Design Biennale’s 33 pavilions, answering to the theme of “resonance”, have turned it into a mystical practice.

The resonance is in the quest for human nature to chime with nature and save the climate from ourselves. It starts with the 400-tree forest that the event’s artistic director, Es Devlin, has planted in Somerset House’s central courtyard – which, ironically, was once a car park for the Inland Revenue civil servants that used to work here. She hopes it will be transformative for those who venture in – like the forests in Shakespeare’s plays where, she says, “you go in as one thing and you come out as another”.

John Sorrell, the founder of the Biennale (which is on at Somerset House until June 27), thinks that after Covid we have to get back to the urgency of saving the planet, and he is in no doubt that it is designers who can do it. “Designers are trained to solve problems” he told me. “Designers have an instinctive approach to issues because when they see a big issue they think ‘Well, how do you design your way out of that?’. They’re problem solvers”.

Climate change is the biggest problem there is, and here are designers from all over the world showing how they would, if not solve it, approach it.

Mysticism for some is the last resort of the hopeless, but for one of the pavilions it’s a natural state in which to address all problems in life, big and small, especially hope.

Taiwan’s pavilion is called Swingphony and it takes inspiration from the island’s religious habits and from physics. It is, as its creator Keng-Ming Liu intended, mysteriously moving.

Small and crowded, with an acreage about the seventh of the UK’s and a population of 24m, Taiwan lives in tranquillity despite the omnipresent threat from its giant neighbour China and a turbulent few years post-Chinese revolution after which it grew into an Asian Tiger.

The thing about the Taiwanese is that they don’t do just what they’re told, they do what they have collectively decided is right. So far there have been 166 Covid deaths there.

This project is sponsored by the state’s culture ministry, planned by the Taiwan Design Research Institute and put together by the advertising design agency Bito that was founded by the New York-trained Liu in 2012.

The secret to Taiwan’s prevailing peacefulness, says Liu, is its everyday religiosity. The Taiwanese pray for everything, “to pray is to be blessed” goes their saying, and the island hosts 27 religions, 10,000 temples and churches which can be found in supermarkets, railway stations, even farms, welcoming practitioners of Buddhism, Taoism, Christianity, Mormonism, Catholicism, Eastern Orthodoxy, Judaism, Hinduism and the Unification Church.

Liu tracked through about 50 places of worship to find that the theme connecting them was “togetherness”, which matches Devlin’s theme of resonance, but the basis of that resonating togetherness, he found, was hope.

So he has designed a gallery that says that, as it exists in Taiwan, and he means to send its message to the rest of the world. The physics he turned to was, in the festival’s idiom, the Schumann Resonances, an electromagnetic phenomenon often called “the heartbeat of the earth” that’s used to predict earthquakes and, recently, climate change. Communal meditations have been shown to increase alpha waves in the brain, best for relieving stress allowing clarity of thought, that move at about the same rate as Schumann Resonances.

Along three sides of the room are a hundred or more global paper lanterns representing those temples, glowing with changing intensity, representing hope; in the centre are three dark metronomes, shaped to suggest the form of hands together in prayer, whose reassuringly regular tocking away of time at the rhythm of chant is the sound of hope, with a glowing tip to the swinging spike suggesting burning incense inducing temple-like calm; on the fourth wall is a video screen filled by a moving kaleidoscope of mellow colour taken, Liu, says, from the hues of street life in Taipei, the look of hope, the commodity the world needs more than ever.

“We believe” Liu says “in this feeling that new design thinking is based on empathy, and design can make hope visible”. The empathy is in the fact that we are all in this climate battle together, as we are in the struggle against coronavirus, and the Taiwanese way can be shared. We can embrace the lessons of science and religion without being religious or particularly science-minded: the science is natural physics, prayer can be no more than sober thought.

“We want to deliver the message that we were all together in the unexpected chaos in 2020, and in the sudden change in life everyone needs things to bring peace to mind” he goes on. “At this moment Swingphony is a warm heart melody from Taiwan to the world, from human beings to the modern nature where we embrace diversity and inclusion.”

So the message from Taiwan to the troubled world via the London Design Biennale is not that designers can solve the problem, however much faith John Sorrel has in them, but that they can illustrate how empathy with nature and each other can bring a sense of order that could do it. If that’s mysticism, it might just work – properly designed, of course.