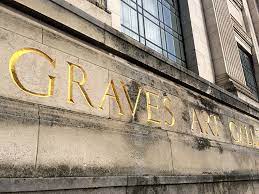 Part of the problem in advancing the cause of culture in government and other circles is the argument, sometimes unspoken sometimes said out loud, that the arts “business” is somehow not “real”.

The idea that, compared to catching fish or making cars, cultural activity is somehow not “work” is one which is still rampant in all too many parts of our political structures. In spite of all the evidence of its contribution to GDP, despite all the statistics which show how important culture is to our tourism and export sectors, too many politicians, of all stripes, local and national, still see “industry” and “jobs” as located only in offices and factories, presided over by hard-headed business types, scanning the bottom line on their sales figures

So it's refreshing to see comments like this. “Culture could be a tonic - the shot in the arm to boost the economy, address inequality and promote social wellbeing. It is crucial to how we recover from the pandemic. Culture contributes to healthy and sustainable communities and helps give cities and towns a rich identity”.

The speaker is Dame Julie Kenny, chair of Sheffield Culture Collective. Of course, someone with a title like that might be expected to say something of this nature - but Dame Julie is not an arts panjandrum or theatre luvvie. She was the CEO of a multi-million-pound company selling burglar alarms around the world.

Or how about this comment? “Successful places are not solely defined by their economic output. What’s equally important is quality of life and vibrancy. Culture needs to be at the heart of our region’s growth agenda and by working together we can bring about sustainable and inclusive growth”.

Again, not the words of a beleaguered arts centre director or the manager of a struggling music venue, but the view of Martin McKervey, chair of the Sheffield Property Association. He’s a retired property lawyer, a bigwig in the city’s chamber of commerce and the director of an engineering company.

Two more representative examples of tough business folk with experience of making stuff and examining the bottom line would be hard to find. Yet both of them care enough about their city’s culture to join the Sheffield Culture Collective, a public private partnership formed in 2019 to ensure the city can use culture to drive growth and create a stronger and fairer society.

They were talking this week as that body launched its strategy for how culture can unlock Sheffield’s untapped economic and social potential - in particular through the delivery of four pivotal arts projects.

These projects would see a national flagship arts centre established at the iconic Park Hill Estate which overlooks the city; a major revamp of Sheffield’s much loved Graves Gallery and Central Library, first opened in 1934; the creation of a permanent home for music education to build on the enormous success of Harmony Works, a partnership which is already delivering music education to 176 schools and 74,000 children across Sheffield and the City Region; and finally, a public art trail inspired by the city’s rich cultural heritage.

The collective is one of the first cultural compacts - formed in response to the recommendations of the Core Cities’ Cultural Cities Enquiry 2019. The idea was that these private and public sector partnerships would bring in higher levels of investment, make best use of cultural property assets and attract a full range of diverse talent. Since its formation, Sheffield Culture Collective has worked together to ensure the place of culture as a key component in city centre development, the visitor economy, the Local Industrial Strategy and the Strategic Economic Plan for the city region – including Covid-19 recovery strategies.

The fact that culture is seen as an integral part of the city’s life is in no small part due to successive council leaders like Judith Blake and the current incumbent, Terry Fox. But it is also because business leaders like McKervey and Kenny have embraced the reality of a world in which the arts not only make a major contribution to “hard” measurables like GDP, supporting tourism and hospitality, but also to things like pride of place, health and wellbeing. New research shows, for example, that students from low-income families who engage in the arts at school are three times more likely to get a degree, twice as likely to volunteer and 20% more likely to vote. These are all less immediately tangible benefits for the narrow-minded number crunchers who infest Parliaments and town halls, but in the end they still matter.

Of course, money will be key to making these things happen. The Sheffield Collective points out that total investment in culture in South Yorkshire is £20m or £15/person, that’s less than other areas like West Yorkshire, which receives £47/person and Greater Manchester which gets £38/person.

Kim Streets, chief executive of Sheffield Museums Trust, points out that the city’s “cultural sector punches above its weight doing amazing things on a shoestring yet with the right level of investment there is potential to do so much more and better”.

She’s right of course. The logic of investing in culture is impeccable. But perhaps from now on we shouldn’t be asking her to make the case to MPs or Treasury civil servants in Westminster but to the likes of Martin McKervey and Dame Julie Kenny.