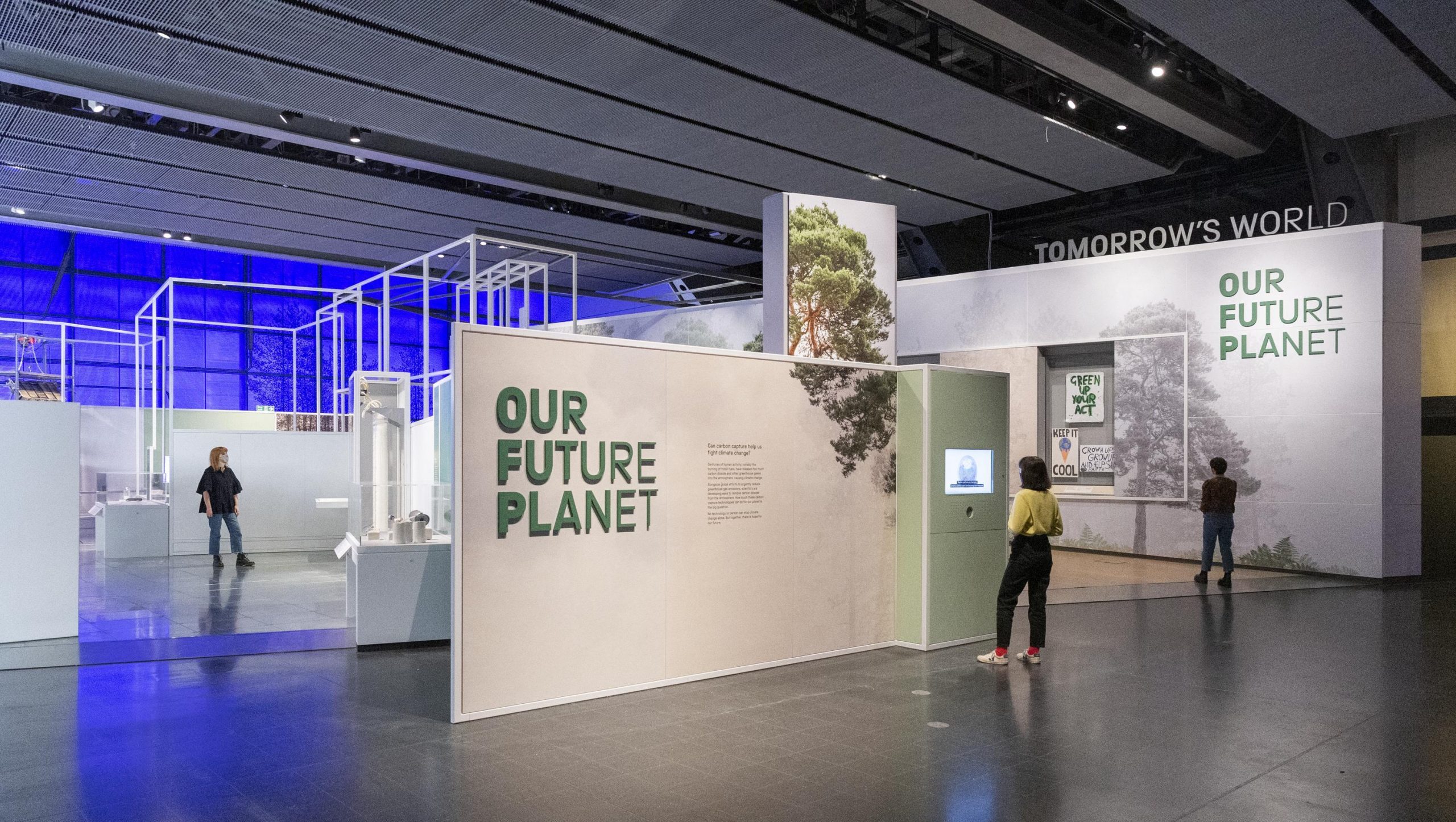 There was an obvious irony in Shell sponsoring the Science Museum’s year-long exhibition Our Future Planet, a show about how to get carbon dioxide out of our atmosphere supported by a global fossil fuel company that for over a century has spent billions putting carbon dioxide into our environment. It is the first ever exhibition about carbon capture and opened in May.

UK Student Climate Network backed by other environmental groups and climate scientists called for a boycott, and an academic scientist who worked on the show had her name removed from the credits. Shell responded by saying that by sponsoring the exhibition it was “addressing the challenge to provide more and cleaner energy solutions”. Ian Blatchford, the Science Museum’s director (a banker who moved into the cultural sector from the City) defended the sponsorship by ignoring it - “My message to anyone who has misgivings about any aspect of this exhibition is come and visit this timely show and make up your own mind”.

Now, according to the activist group Culture Unstained, Shell has obliged the museum to agree to a clause in the contract that none of its staff and trustees will criticise Shell, which stretches an already fraught issue in the increasingly complex financing of museums into a whole other area of controversy: greenwashing meets gagging.

Giving instructions as to what those in the public domain can and cannot say about their work have become popular with those supposedly in charge. The culture secretary told museum directors that decolonialising their collections’ narratives - showing the empire in an unsympathetic light - could lead to funding cuts, and a trustee of Royal Museums Greenwich, an academic historian who researches the colonial past, was removed, not because of anything he’d said but of what he might say. Recipients from the Culture Recovery Fund get their grants with the proviso that they say something nice about the government.

This week that mood is turning into a fixation with the Home Office planning to extend the scope of the Official Secrets Act so that public servants and journalists could be jailed for much less obviously classified leaks than up to now - in fact, anything that is not an official government press release, it seems.

All this is to do with the forest fire rush of social media - curators and academics seldom have the opportunity to speak in public but everyone can tweet, and the big fellas don’t like it.

Accusations of greenwashing go back much further. It’s four years since the winner of the National Portrait Gallery’s BP Portrait Award - BP took over as sponsor from the tobacco company John Player in the 1990s - gave part of his prize to Greenpeace in protest against the sponsorship. In 2019 artists called for the NPG to sack BP, and for the first time no BP rep was on the judging panel in 2020. There’s no portrait prize this or next year because of the museum’s redevelopment, but whether the fossil fuel company returns to sponsor it in 2023 is being discussed by the NPG’s trustees.

The British Museum has also had a torrid time with climate activists over its BP connections, with demos and even invasions organised by “BP Or Not BP”, and so far the museum’s director Hartwig Fischer has been unmoved.
He and the NPG’s Nicholas Cullinan have been under concentrated fire, particularly after the RSC dumped BP last year after a long-term sponsorship. “We are committed to being part of the solution and are working every day to advance the transition to a low carbon future” BP insists on its website, pointing out that by the way it has been supporting the arts for 50 years.

It has been true since the 1970s that major museum exhibitions could not be mounted without significant private sector input; it’s even more so now, with debts of tens of millions having been accumulating for museums since lockdown started. BP began sponsoring the BM when oil fuel was a good thing because it wasn’t coal; now it’s greenwashing, creating a virtuous veneer to disguise subcutaneous unpleasantness, a notion that didn’t exist 50 years ago.

Exhibitions will change post-Covid. They will be on for longer, they will involve less material coming from overseas, they will be more populist to maximise income, and with subsidy diminishing there will be more and more reliance on trusts and foundations and genuine public support to finance them, avoiding contamination by toxic sponsors but supporting inclusive social agendas.

A year ago Ros Robins, the subject of the AI Profile this week, was seriously thinking that many of the 18 large scale theatres she takes international contemporary dance to would not be here in 2021. Thanks to the CRF they all are, and open, but with newly complicated dilemmas, some would say moral dilemmas.

Whether the government likes it or not, even while they are reformulating their financing models, cultural institutions have to pay attention to the campaigns of organisations whose campaigns have struck home like Black Lives Matter, the disability arts alliance We Shall Not Be Removed and the Climate Coalition, not to mention the crusade against Sackler. They were always there, she says, but have been shoved powerfully up the agenda in the last year. For her, funding is not a matter of compromise, it’s just about finding ways to do what’s right for the art, for the presentation and for the audience.