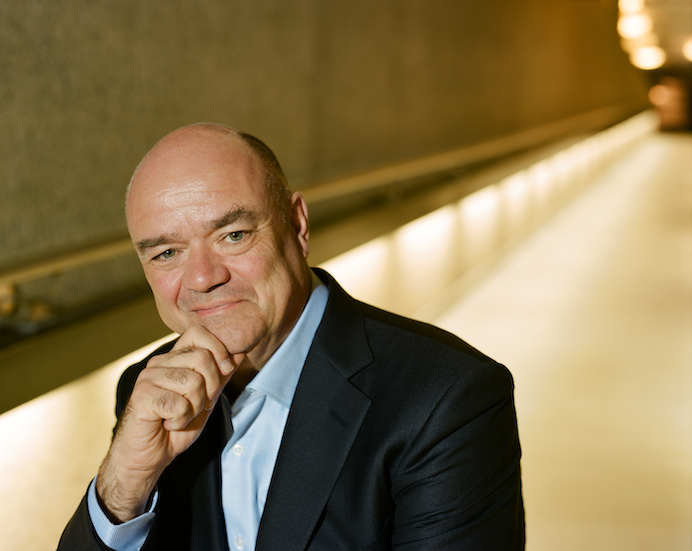 Nicholas Kenyon leaves the Barbican today after 14 years as its managing director. Nothing extraordinary in that, he is 70 after all, and he’s going back to his first love, music, as the Daily Telegraph’s opera critic. But there’s a nasty taste about his departure that has nothing to do with him. Kenyon has, in effect, been cancelled, and it hurts.

It comes at the climax of a period that has continued the turn-around of the basket case that was the Barbican until 1995, when Kenyon’s predecessor John Tusa came. Tusa did the bricks and mortar, Kenyon switched the centre’s view to look beyond its crenellated battlements, just as the world was looking in on London’s Olympics.

In the 2007 annual report in which he introduced himself he said he wanted to “take the Barbican beyond its walls in an ambitious series of collaborations and partnerships that will develop the centre’s role as the beating heart of the City of London… we will face east, working with the City, the City fringes, and local boroughs in a rapidly developing area of the capital to ensure that the Barbican Centre and London as a whole make the fullest possible artistic impact”, and he did that.

The Barbican was the City’s gift to London and the centre has always worked closely with the  corporation which also gives it revenue alongside the Arts Council - the Barbican now earns half of what it gets - and he persuaded the City to come on board to create Culture Mile, a co-operative of the Guildhall School, the LSO, the corporation and the Barbican “to bring the north-west of the Square Mile to life with exciting events and unique collaborations” Kenyon wrote in the Evening Standard a couple of years ago. And it did that too, despite being heavily linked to Crossrail which is still not done. “The arts in the City, inside and outside, bringing meaning and value to our lives, will be a powerful part of our future” he wrote.

Part of that was to have been the Centre for Music on the site of the Museum of London, which is moving to Smithfield, but that was abandoned earlier this year when projected costs got beyond £300m. Instead there is to be an as yet unspecified £10m expansion of the Barbican which will probably give much of the education elements Kenyon wanted his centre to provide, if not Simon Rattle’s concert hall.

Youth needed to be enticed into the place, and to help do it he took the education department out to London - not just the immediate neighbourhood but as far out as Dagenham - delivering creative and cultural education with its practice expertise in film, theatre, music, visual art, literature, and so on, the essentials the curriculum doesn’t do.

Then in June came a bombshell that threatened to cast a pall over those accomplishments. A group of former and present staff members got together a series of alleged “first hand and witnessed accounts of racism and discrimination” following what they said was “an inadequate response to the Black Lives Matter movement and protests of June 2020… the Barbican’s working culture is inherently racist”.

The book apparently came as a complete surprise to a “shocked and saddened” Barbican management - which had received no formal complaints and which has cast no doubt on the allegations’ veracity. It immediately launching an independent review: “The Barbican has always strived to be an inclusive, welcoming and open organisation” said a statement.

But there was a sense of bullying about it, and what went with the charges, of course, was some unpleasant social media trolling which may have been what finally persuaded Kenyon to chuck it after a decade and a half of positive achievement.

There have been other race related controversies in Kenyon’s time: Exhibit B by the South African Brett Bailey portrayed black people in chains and was pulled after protests, even though the scene’s point was to illustrate the iniquity of historical racism, and a grime gig by black performers that was cancelled for safety reasons on the advice of the police.

The compilers of the complaints book had also objected to the appointment in March of the BBC’s former arts editor Will Gompertz by Kenyon to the new post of director of arts and learning, a job they felt was an ideal opportunity for a less conventionally white candidate.

And the truth is, looking round the room at his farewell party this week and the cultural leaders who are Kenyon’s friends as well as his working associates, I couldn’t see a single black or brown face.

Nick Kenyon is one of the good guys, whose watchwords have been inclusion and co-operation, as he reiterated at the party at which he begged his successors to continue to “look outwards”. He held off retirement, the Barbican says, to get the centre out of the pandemic crisis and open again with as little loss of revenue and staff as possible, which it is. He doesn’t deserve to be remembered for this episode, and he won’t, any more than Gavin Henderson will be remembered as the principal of the Royal Central School of Speech and Drama who was forced to retire last year after insisting on picking students on the grounds of ability only, disregarding racial considerations. “The Barbican now faces firmly outwards to the world” Kenyon announced to his guests.

But the truth is that the establishment represented there -not just the Barbican - has to wake up to the reality that black talent has gone shamefully under-regarded in all of our society, not least the arts. There is a mountain of potential, both in creativity and the administration of it, that we are missing out on, talent we aren’t seeing because of its colour. The issue is poisoned by the racism card, when it is really about fairness - and fairness is a Kenyon characteristic - both to those of us who are brown or black and to audiences unable to experience what they can do.

It is also about being aware of the zeitgeist and always taking it into account in decision-making.